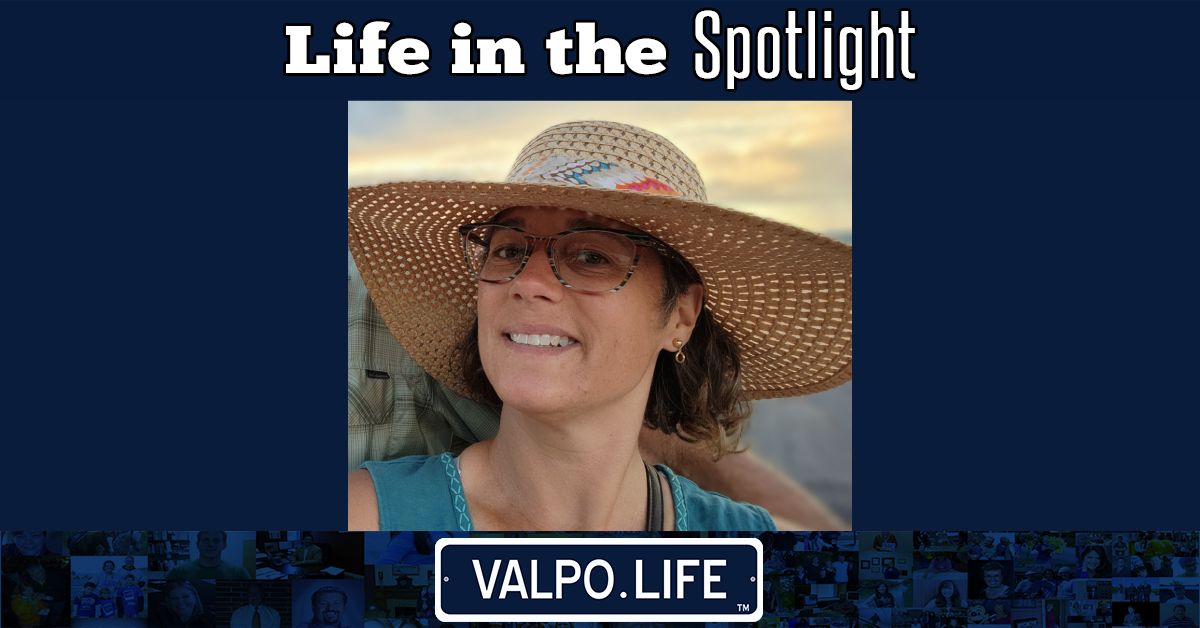 Nowadays, it’s not rare to find people — especially the teachers of the Earth — who can speak multiple languages, those people even going as far to teach said languages as a full-time job. One of those educators happens to make her living right here in the Region, teaching at Marquette Catholic High School in Michigan City, Amanda Brown-Holler.

Growing up in Homewood, Illinois, Brown-Holler attended and graduated from Homewood-Flossmoor High School. She then went on to separate colleges in separate states, studying in both Indiana and Iowa.

Like it was and will be for many others, when she was an undergrad, Brown-Holler did not have a clear-cut path she intended to follow. But life has a funny way of exposing all types of things, from interests to lifelong opportunities, to those blessed enough to have it with each new day.

“When I originally went to college, I did not major in Spanish; I majored in advertising, and I did not like the advertising business. I now have a degree in journalism and advertising, but I just didn't like working for advertising agencies. I didn't feel comfortable with the work for a variety of reasons, and I had always wanted to be a teacher. But my parents had discouraged me from being a teacher to the point where I couldn't major in it,” Brown-Holler said.

Everyone’s bound to run into roadblocks on the path to success, and Brown-Holler’s obstacles were in how she felt hindered by certain voices in her life that urged her to go one way, even though she wanted to go the other.

“I think the biggest obstacle that I was able to overcome was my fear of not being able to do something when I was actually able to do it. For many years, I never pursued going back to school to be a teacher because I felt like I wasn't able to do it in a way that I felt it needed to be done. It was the fear of not being successful,” she said.

After being a stay-at-home mom with kids of her own, however, Brown-Holler made the monumental decision to attend school once more. Right off the bat, she knew what she wanted out of the experience, too.

“I went back to school, and I knew I wanted to teach a world language because I believe that all students need to be exposed to language-learning experiences, and because it's essential for them to understand the world,” she said. “I really believe that it is essential for students in any country to travel abroad so that they have the opportunity to speak a different language. They need it in order to understand not only the culture itself, but also in order for them to understand their own culture.”

Now that she’s established an esteemed career as a Spanish teacher, Brown-Holler finds joy in her vocation with each passing minute she spends in class. For her, things have easily become worthwhile, something she’ll be able to look back on with much fondness.

Driven people often never seem to have a foreseeable end in mind, and are always wanting to push forward on the road to accomplishing more and more. This life’s short, so it’s stupendous when people like Brown-Holler, who herself is motivated beyond motivation itself, live and work to make places like The Region much more fantastic.

“It's fulfilling, surely, but I believe there's more that I need to do in order to make the changes I want to see. I love teaching foreign languages, and I encourage everybody to take a second language. I really think it's important for schools to start teaching world languages when students are much, much younger, like six years old, for example, as many other countries do,” she said. “That's why a lot of other students from international countries are bilingual and trilingual, and that’s why my job as a teacher right now isn't finished. I think it’s something that the education system has really been lost on for many, many years — when and how to teach other languages.”

When she’s not teaching, Brown-Holler’s quite the adventurous type, having even spent a year in Brazil after high school, residing there and making friends with many different people.

The outdoors is seemingly another language she knows through and through, as she avidly enjoys bicycle rides and walks with her friends. On top of that, there’s her love for hiking, paddle boarding, and kayaking. Her husband’s someone she really relishes experiencing nature with as well.

Though she describes herself as one that’s animated, Brown-Holler adores the secluded neighborhood in which she lives.

“People who have lived in Valpo for many, many years sometimes have no idea where our neighborhood is. People who grew up in Valparaiso sometimes don't even know where I’m living. It’s extremely secluded in a really nice way, even for a town like Valpo, which always has some great cultural events, and a great dining scene. I really, really just enjoy the hometown feel that Valpo has,” she said.

Going forward, Brown-Holler’s got a lot on her to-do list, with dreams of traveling to Machu Picchu one day. As one who’s in the classroom a lot of the time, she would say that her biggest bit of advice is in how she’d urge anyone to make as many mistakes as possible. Failure’s the greatest teacher, and she’s one who can attest to how all things eventually fall together after extensive trial and error.