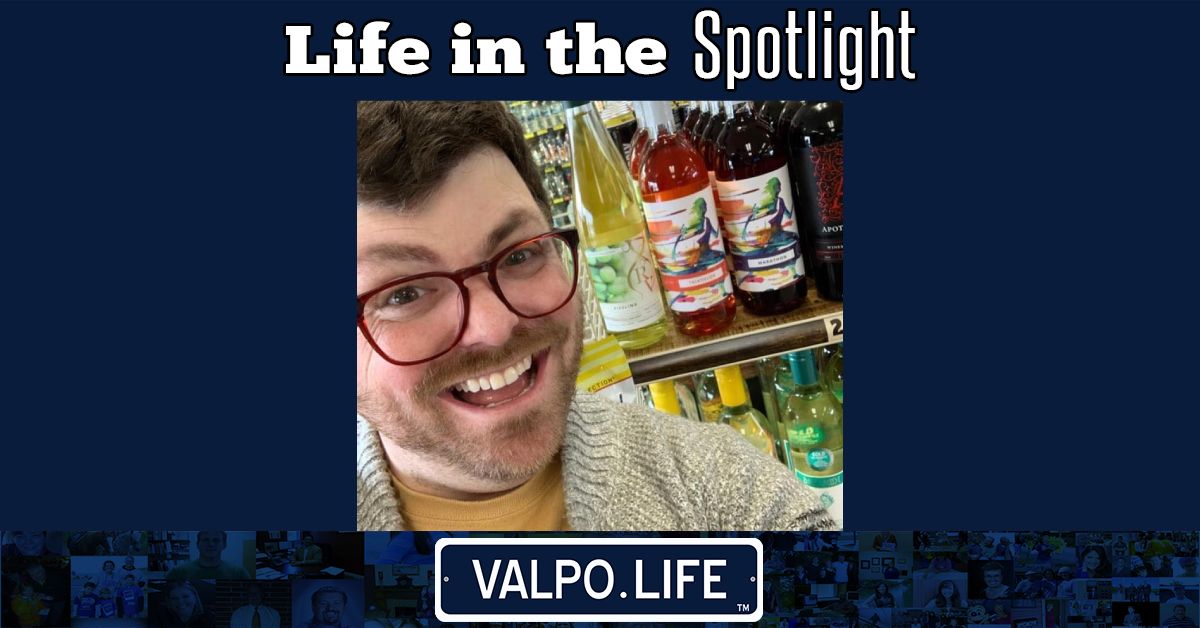 Raised in Valparaiso, Indiana, Andrew Hanaway has been positively affecting The Region with his outgoing personality for many years. After spending years in the area, and because of his work ethic, his impact has been all the more widespread and felt.

Now working as the Quality Manager for Frazzini, LLC — otherwise known as Running Vines Winery — Hanaway didn’t always have his eyes set on the management route of things. On the contrary, he first studied anthropology. From there, his journey took a few spins and turns, but it was ultimately for the better.

“I got my bachelor's degree from Indiana University, then I got my master's in forensic science and osteology from Dartmouth College, a field I was a part of for about five years right after college. I then worked for the Valparaiso Public Library system as an archivist while I was an elementary school librarian, which all kind of went hand-in-hand. I got into document control after a few years, and that’s how I started on the path I’m on,” Hanaway said.

A lot of Hanaway’s work consists of maintenance and puzzles. He’s the guy who’s putting the pieces together, making sure everything goes according to plan so that the community can see the efficacy with which his employer operates. He’s basically your behind-the-scenes technician that plans and details those long-term objectives.

“I really enjoy building systems, then making them run properly. That's what I’ve done with other companies, and that's what I've taken on here. When I first was hired, things with the company were getting really big really quickly. So, Nicki, our owner, needed somebody that had worked in those larger types of systems that looked further down the road on whatever the expectations were for later, trying to find a starting place in the midst of it all,” Hanaway said. “That's basically what I do now; I build the systems and programs now in order for things to eventually scale up. I also make sure that the quality of anything with the company is met and matched with whatever Nicki may want.”

Being a planner at heart, when he’s not playing with the future at work, Hanaway runs a stellar non-profit organization with his husband, Regional Performing Arts Company.

Before anthropology and before being a document holder, Hanaway indulged in theatre, garnering multitudes of experience in high school and college. He originally went to school to become an opera singer, but science overtook that passion. However, whether he’s the center of attention or if he’s helping kids get involved in the arts, his love for the dramatic has not ceased one bit.

“Our organization is specifically geared toward children. We try to focus on kids and teens that are in school, which usually includes students ranging in ages as young as those in kindergarten all the way up to eighteen. We do four performances a year, one of them always being a musical and three of them plays. We also do a teen-run project in the spring, where we choose a teen director from our group of kids and allow them to present a show they want to direct,” Hanaway said.

In-between it all, Hanaway’s sure he makes time for video games, even working as a Twitch moderator on the side here and there. Surrounded by his family, they are always taking center stage in his life, and he’s seemingly always hanging out with them. Topping that, he’s also never skipped out on celebrating the current holidays.

“I do a lot of things with my family. We always have Sunday dinner at my house, so we're almost always cooking together in the summer and fall. My husband and I put on a huge Halloween display every year, too,” Hanaway said. “This year, we’ve chosen a ‘Hocus Pocus’ theme, so we’ve spent a lot of our time painting tombstones and setting up fences, hanging things from the yard and making a big display out of it.”

While he plans on one day traveling with his husband, for now Hanaway will surely be set on enjoying downtown Valpo, taking his dogs for walks, and visiting all the events that may be happening on any given day.

If you’d like to check out his non-profit’s website, you can find it at regionalperformingarts.org, where you can discover information about upcoming productions.