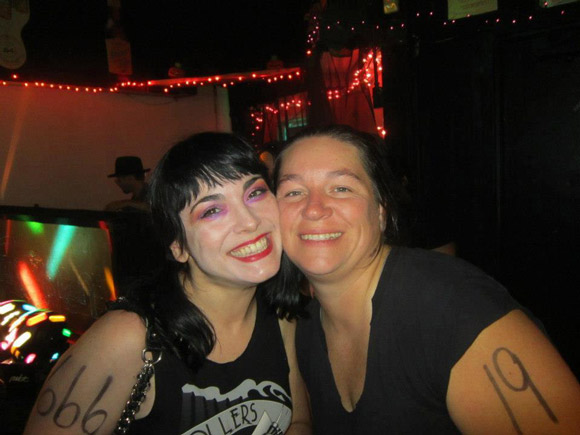 What has eight wheels, a tough exterior, and a strong desire to win? A Region Rat Roller derby girl! Developed in 2006 by a group of women in Texas, roller derby was brought to Northwest Indiana in 2011 by Region Rat Roller President April Beres. “My main goal was to do something for the community that no one else was doing, that would fill a void,” stated Beres. “I wanted to bring people from different backgrounds together in order to raise money to give back to the community.” With a love for skating and Northwest Indiana the only large area of the state without a league, Beres decided to give derby a try.

Beres held a meeting in December 2011 to gauge interest in roller derby. Over 30 women came together and formed the RRR, getting their bearings by skating together at roller rinks. Then in February 2012, a practice space at the Jean Shepherd Community Center opened up and the team officially started working towards competing. “The South Bend roller girls were my go-to for questions, a shoulder to lean on,” Beres shared. “Everyone wants to help each other to help the industry grow. It’s women helping women.” 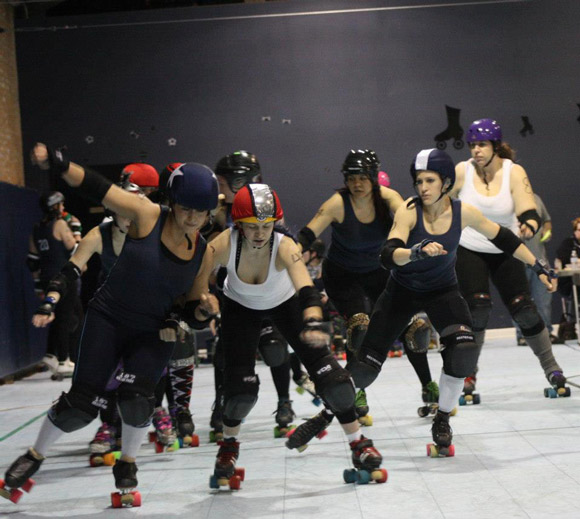 “Roller derby is taking skating to another level,” she went on to say. Derby is regulated by the Women’s Flat Track Derby Association (WFTDA), to keep it a professional sport. After practicing 3-4 times a week, up to 4 hours at a time, the team is ready to compete in a bout. There are 5 skaters on each team during a bout, 4 blockers and 1 jammer, the position that gets “beat up” the most. The skaters score points by passing through the pack, passing blockers. Each team is playing offense and defense simultaneously.

A minimum of 8 referees officiate the bout, and NSOs (non skating officials) work various volunteer positions throughout the event, from running stats to timing penalties. Derby is different from most sporting events in that the leagues are non-profit, with proceeds from the bout benefiting local charities. “The derby industry doesn’t want it to become a sport that can be bought or sold,” Beres said. “It started as a democratic organization where everybody has a vote. It’s owned and operated by the skaters.”

The skaters put more than their time into derby. Equipment is quite costly, costing skaters roughly $300-$500 in gear alone, along with a $35 a month membership fee that helps cover rental facility and operational costs. Each derby girl also volunteers on a committee, ranging in duties such as finding the charity to support at the bout.

The Region Rat Rollers now has two teams of skaters, ages ranging from 21 to 50 years old. “We have such a vast array of different women, different sizes. Each represents something they can learn from.” 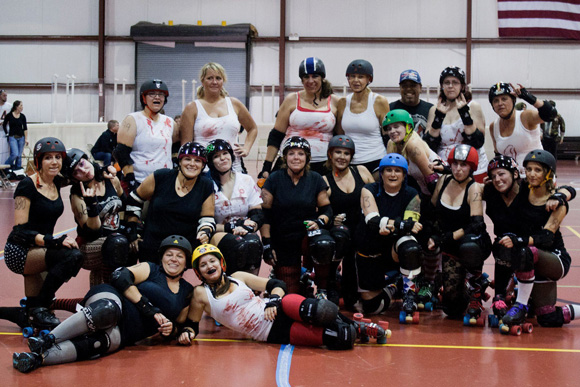 “Women by nature are givers,” Beres said. “Derby offers women the opportunity to feel rewarded, on a mental and emotional level. It also gives the opportunity to work with women to connect and unify. These women are like sisters. If someone needs something, everyone is there for them.”

“We stress over and over again that we do not discriminate or speak negatively against each other. Leave the negativity at home,” Beres continued. “We are here to help people believe in themselves. Anybody can do anything if they put their mind to it!”