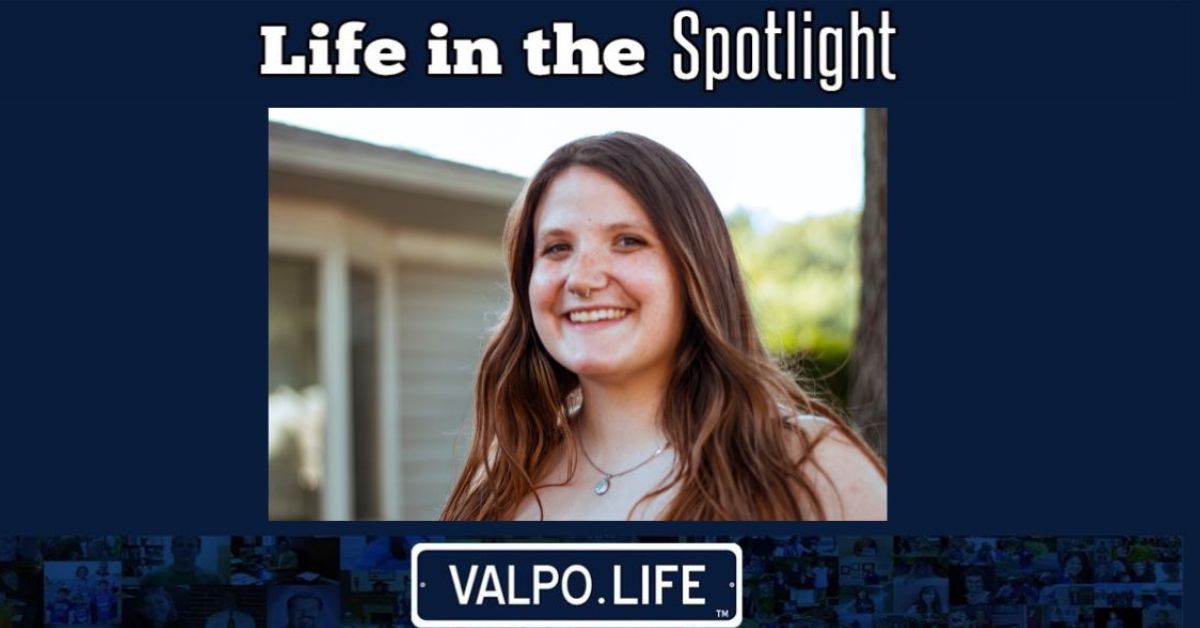 It is truly amazing the way an event in a person's life can be so much like a rock that plops into the water - a ripple effect, causing waves that spread out all around it.

This appears to be the case for Michigan-born, Valparaiso resident, Ava Massarella-Duley.

Massarella-Duley was adopted as an infant by her parents, along with her sister.

"My biological mom was very young and unable to care for me and selflessly gave me the best life she could by giving me to my parents," said Massarella-Duley.

This sort of reflection suggests a strong, positive foundation for a woman who gives back to the community in the way that Massarella-Duley does. Even more significant is what she gives to children in the community; she discovered she wanted to be a foster parent, along with her husband, Sam Duley, after the two of them found themselves in a kinship situation.

"When a friend of the family or family member is placed with you, you are usually not licensed,” said Massarella-Duley. “We had the kinship placement placed with us, for a little under a year, and we loved watching her go from I-don’t-want-to-go-home to: 'wow, my mom loves me enough to overcome all of these challenges.' It was heartwarming and we decided we would continue to help families come back together."

It was after this kinship that Massarella-Duley was inspired to go on to foster more children. Ever since her and her husband's journey as foster parents began, Massarella-Duley has fostered three children: ages 15, 12, and 10 so far. She has even grown such an attachment to one of her foster children that she is in the process of adopting him.

"It’s not a walk in the park. They will push you, but it is one of the most rewarding things you will ever do, and those families, those children, will be changed for the better because of your love and compassion," said Massarella-Duley.

Massarella-Duley not only has cared for Indiana's children, but, also has a dedicated career to social work as the Director of Social Service at Valparaiso Care and Rehabilitation.

"I track behaviors, write careplans, complete cognitive and emotional assessments, and I assist with discharge - setting up homehealth and follow up doctor appointments," said Massarella-Duley.

She did not always know that she would end up in the field of social work. Massarella-Duley shared that she originally started out with an interest in nursing. While nursing in itself is a highly valued field, she felt a deeper connection with the human psyche and its way of emotion and development- causing the switch from the more physical aspects of nursing to the more mental and emotional intensive positions that come with social work.

Massarella-Duley still resides in Valparaiso with her husband and their children, Emory Duley, and their beloved child that they are in the process of adopting through the state of Indiana. Due to the current status of their child being considered a ward of the state still, their name has been omitted from this article but is very much apart of this wonderful family.

When not practicing social work and fostering, Massarella-Duley likes to spend her free time spending time with her family, watching true crime, and taking walks or hikes outdoors.

If any member of the community wants to give back to the children in Northwest Indiana, Massarella-Duley mentioned that a person does not need to foster but can help aid foster families by nominating local businesses for an app called Foster Friendly App, which allows businesses to provide their own discount for individuals who have a foster child or for a foster child themselves.

"Valpo is so big," Massarella-Duley said. "But there aren't really any businesses who are involved with this app, which is a great support for foster families in our area."