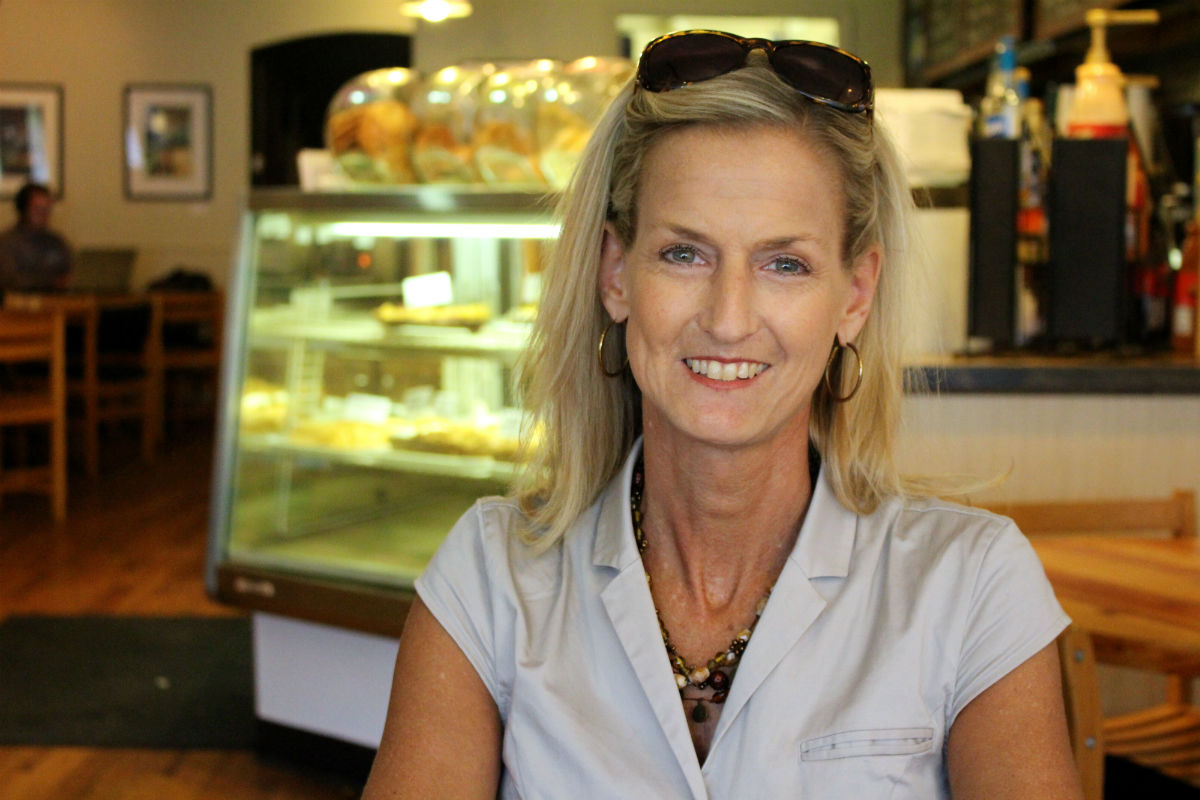 Barbie Johnson is a petite, stylish woman with inviting green eyes and a bright smile. As she began to talk about her job as Administrative Assistant with the Valparaiso Department of Parks and Recreation and the Valpo Parks Foundation, her passion for her work and her community shone through.

"I love my job," said Johnson. "The people and volunteers feel a responsibility to do their job well. It's work we can all be proud of. We're serious workers with fun hearts."

The youngest of seven children, Johnson was born in Indianapolis. She attended Cathedral High School, a prestigious Catholic high school in Indianapolis. Johnson then pursued a degree in Spanish at Butler University. She moved to Valparaiso 22 years ago to start a family.

"Valpo is great," said Johnson. "I love the downtown - all the restaurants and different neighborhoods. I love being able to walk my dog in different places around the city. And it's so nice being close to both Chicago and Indy."

Johnson stumbled upon her current job with the Department of Parks and Rec while working as a volunteer with the Valparaiso Triathlon in 2003. Just last July, Johnson had the honor of shouting "Go!" at the 2014 Valpo Triathlon, an event she organized.

"My favorite part of my job is putting on special events. The Triathlon is wonderful,"Johnson said. "There are so many moving parts that finally come together. I heavily rely on all my volunteers. Many of the volunteers do the same job year after year, so they really know what they're doing. It's a very professional staff."

In short, the Valparaiso Department of Parks and Recreation is part of the city and funded by taxpayer dollars. The Valpo Parks Foundation is a private entity that serves as the fundraising arm of the Department. The Foundation, operating as a non-profit organization, is better equipped to accept donations such a land.

Johnson works for both the Department and the Foundation, constantly juggling the details of two separate but still linked organizations. Johnson's job duties vary from day to day, but she continually works to serve the needs of Valparaiso's outdoor community.

"I'm constantly switching gears," Johnson said. "I do everything from scheduling John Seibert's meetings, to correspondence, to typing up the official minutes of the boards for the Department and the Foundation, to taking customer service calls."

Johnson is the behind the scenes powerhouse that ensures the Valpo Department of Parks and Rec runs smoothly and efficiently. Her meticulous attention to detail combined with her knack for reading people allows Johnson to put on events and manage daily office affairs in a manner that appears flawless.

When asked the secret of her success, Johnson replied, "You just need to know how to treat people. You learn how to take care of people while taking care of business."

That sentiment of care coupled with productivity and leadership characterizes the entire Department of Parks and Rec.

"It's very different than a normal corporate environment when you're working for the city," Johnson said of working with the Valpo Department of Parks and Rec and the Valpo Parks Foundation. "We're supported by the taxpayers, so we hold ourselves to a higher standard. Those are our tax dollars too, and we want to treat them right."

Those tax dollars are used to ensure that Valparaiso remains a peaceful community with an extensive system of public parks. Well-maintained, accessible parks encourage environmentalism, healthy lifestyles, and a strong sense of community.

"Over the last ten years of working with the parks, I've learned that people live, work, and stay in a community that has a quality lifestyle," Johnson said. "It's been proven that parks and schools are economic indicators of the viability of a community."

It comes as no surprise that public spaces like Valparaiso's parks have a history of bringing the community together to achieve a common goal. Right now, the Department of Parks and Rec is working very hard to organize a rebuild of the beloved ValPLAYso.

ValPLAYso, the next generation, seeks to update the historic park. Twenty years ago, the community came together to build ValPLAYso. The Parks Department hopes that the rebuild will encourage a similar sense of community.

"Twenty years ago, the building of ValPLAYso really sparked a sense of philanthropy and volunteerism in Valpo," Johnson said. "It builds a wonderful sense of camaraderie. It's not just about building a physical structure; it really builds a community and brings a sense of community spirit. These types of projects inspire people to do a little more."

The new ValPLAYso will build off the foundation of the park built twenty years ago. There will be new equipment – including a zip line. One of the most emotionally powerful parts of ValPLAYso is the wall of handprints from children who roved the park many years ago. Now young adults, owners of the handprints will be happy to know that their piece of history will stay with the newly renovated park.

The Department of Parks and Rec needs volunteers for the build. Regardless of your skill level or talents, there's a place for you in the ValPLAYso build. For more information or to sign up, please visit www.valplayso.com.