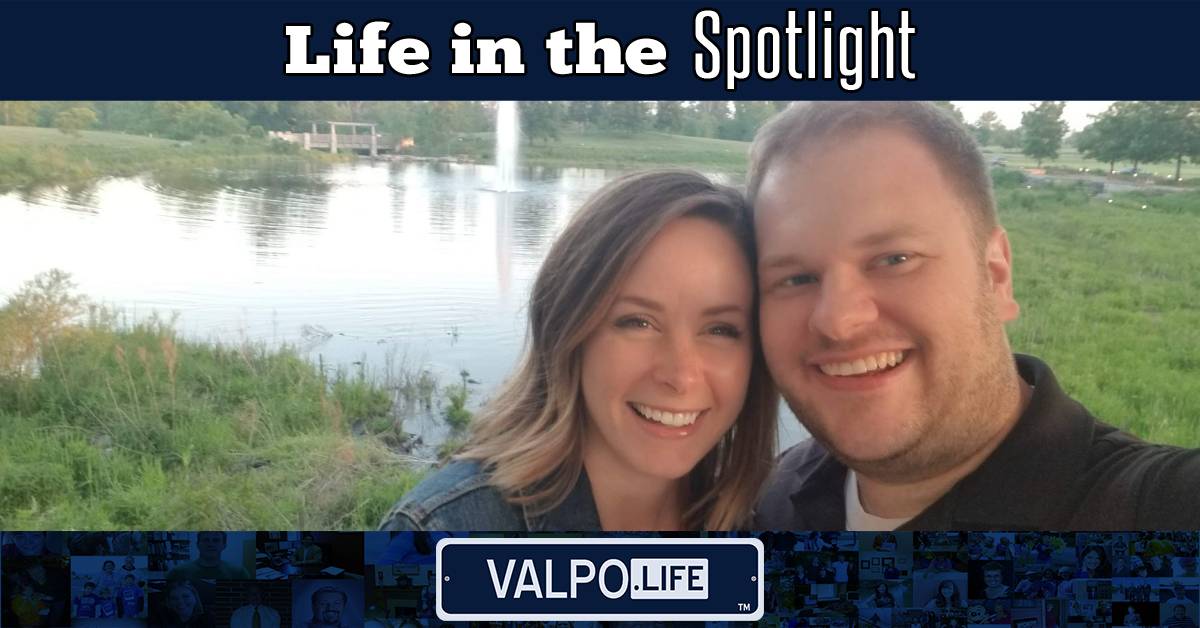 A certain temperament is required to work in an intensive care unit. Performing well during many diverse cases, remaining calm in situations of high stress, and a boundless source of energy are just a few of the desired qualities.

Bethany Dubach, who serves as a clinical nurse for Porter Regional Hospital’s ICU unit, possesses these, plus an admitted love for adrenaline that keeps her afloat during hectic seasons. But, more importantly, Dubach wields a special sense of compassion when it comes to her patients, their families, and her colleagues.

Dubach’s compassion and care have earned her national recognition in the form of The DAISY Award® For Extraordinary Nurses. Bestowed by The DAISY Foundation™, which aims to honor nurses for outstanding care and sacrifice, The DAISY Award® demonstrates Dubach’s willingness to go beyond the traditional standards of her profession to create an environment of excellent care.

“I feel incredibly honored and humbled,” Dubach said. “Words can’t express how overwhelmed I feel by receiving this award, simply because my life has been crafted and formed by the impressions of so many other people. I truly owe the DAISY Award ® to everyone who has come into my life and touched it in some way, some large and some small.”

Dubach was nominated by a colleague, and she was especially touched to read the words written on her behalf. Last December, fellow ICU nurse Amanda Wells found herself in the ER at Porter Regional Hospita and Dubach went straight to her side to offer comfort.

“Bethany sat with me, held me, and prayed with me. She asked no questions, just held my hand through the worst,” Wells said in her nomination letter. “This wasn’t in her job description. This wasn’t the sort of thing that she would ever be required to do. Yet, there she was, caring for me and comforting me. Going above and beyond her job, to come be my friend when I felt I was all alone.”

Dubach has been working in the ICU for five years, and before assuming her current role, she worked in an emergency room for seven years. In her experience, sometimes less is more.

“Sometimes, it’s just the small things that you need when you’re going through a difficult time,” she said. “Sometimes, a patient just needs someone to be by their side.”

Dubach also strives to ensure her colleagues feel supported every day, even when they’re not in the middle of a trying circumstance. Wells is one of the coworkers she frequently bounces ideas off of and speaks candidly about ways to improve their conditions and care.

“I want to be an advocate for my team,” Dubach said. “I often remind them what Eleanor Rooselvelt once said, which is, ‘No one can make you feel inferior without your consent.’”

Even with an experienced skill set and a good attitude, it’s not easy working in an intensive care unit, especially when you care as deeply as Dubach does. She attributes her healthy approach and success in her career to her foundation in Christianity.

“I have this mindset I take to work with me, a reminder that every day could be your last and not to take one for granted,” she said. “I don’t shy away from that — I tell that to my patients, their families, the students who shadow me. It actually brings a different element of peace to high stress situations, because we all have that in common.”

That peace is necessary on the hard days, and Dubach was frank—there are a lot of hard days.

“We can’t always save everyone,” she said. “Medicine can only go so far. There have been a lot of very emotional instances.”

Dubach said allowing herself to feel those emotions is an important part of her role as a nurse.

“I never want to be the kind of person who’s never sad anymore,” she said. “A lot of people have to compartmentalize, which I understand. But for me, these patients are people—they’re not work projects I can leave at the door at the end of the day.”

“I’m a big cryer,” Dubach continued with a wistful laugh. “I cry all the time, and I think it’s important to embrace those emotions and ride them out.”

She agreed that perhaps this quality, this deep, controlled empathy, was another key to her success in her role. If anything, it seems to have further heightened her excellence in care.

“I can name many times that I have seen Bethany go above and beyond for her patients,” Wells said in her letter of recommendation. “I have seen her stroke a confused elderly woman’s hair. I have seen her make ‘cocktails’ of sprite and cranberry juice for the man who has no idea where he is and has no family to visit him. I have seen her give every ounce of love and compassion that she has to offer to the most critically ill patients who need it most.”

“And on that night,” Wells wrote, “during one of the darkest times of my life, I saw an angel.”

“The things Amanda wrote about me are things nurses everywhere do all the time,” Dubach said. “They’re superheroes in healthcare. But still, she wrote them so beautifully and I’m so honored and moved by her words.”

Devoted to her young children, husband, and empowering the patients, families, and students who shadow her with knowledge and grace, Dubach is more than deserving of the recognition.