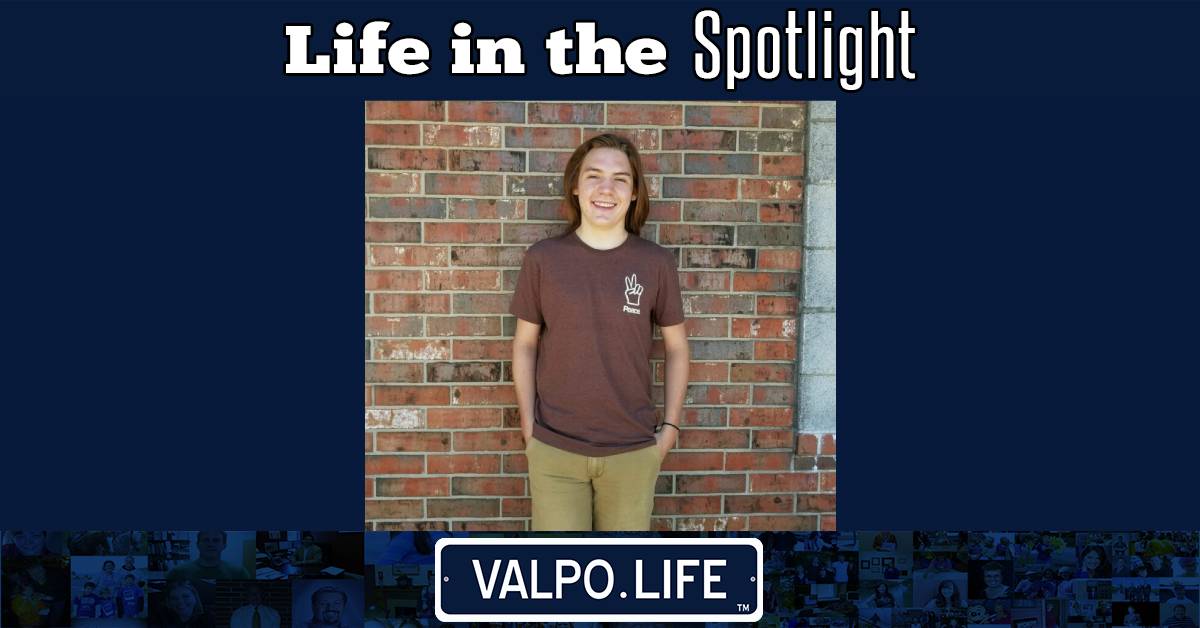 Video games are portals to unique worlds and give people a level of interactivity like no other platform can. While there are many genres, certain genres allow gamers to cultivate their imaginations and create wonders. Such is the case for Westville resident Caleb Bond, who started a project recreating downtown Valparaiso using the acclaimed video game, Minecraft.

Minecraft offers players a variety of game modes. In Creative Mode, the player has access to every resource and item available in the game and is given maximum freedom to create personalized masterpieces to their heart’s content. The use of online “mods” and resource packs only further enhances the flexibility one can have playing the game.

“What really drew me into the game was the idea that the player can do anything they want with virtually no limits,” Bond said. “My cousin showed me the game once and I’ve been playing it ever since.”

Bond stated that this project began as a simple recreation of his place of employment, Uncle Menny’s Original Greek’s Pizzeria. As he designed the exterior of the building, he wanted to further expand his creation, leading to him officially committing to a full-fledged project of designing downtown Valparaiso. Using a combination of memory, Google Maps’ Street View, and personal photography, Bond intends to create an exact digital replica of the beloved city center.

“By using various high-resolution resource packs and mods, I’m able to add a sense of realism to the buildings I create,” Bond said. “I’m trying to absolutely nail the design, color, and details of each building and structure.”

“I would love to expand this world I’m creating and possibly even all of Valparaiso,” Bond said, “though admittedly, an endeavor that size would take years to complete.”

Bond will be attending Ivy Tech Community College in Valparaiso this fall, and he still intends to keep working on his Minecraft project for the remainder of the year.

“It feels great to make some substantial progress in this project,” Bond said. “It’ll be interesting to see the finalized version through this unique perspective.”

When the project is completed, Bond will release it to the public for their enjoyment. Its development can be found on Bond’s YouTube channel, ValparaisoMC_Recreations: www.youtube.com/channel/UCAdrZnkpnVfR8MqpykESlHw/featured

Bond mentioned that if any businesses are looking to be showcased or if anyone is interested in helping, feel free to message him through the channel.