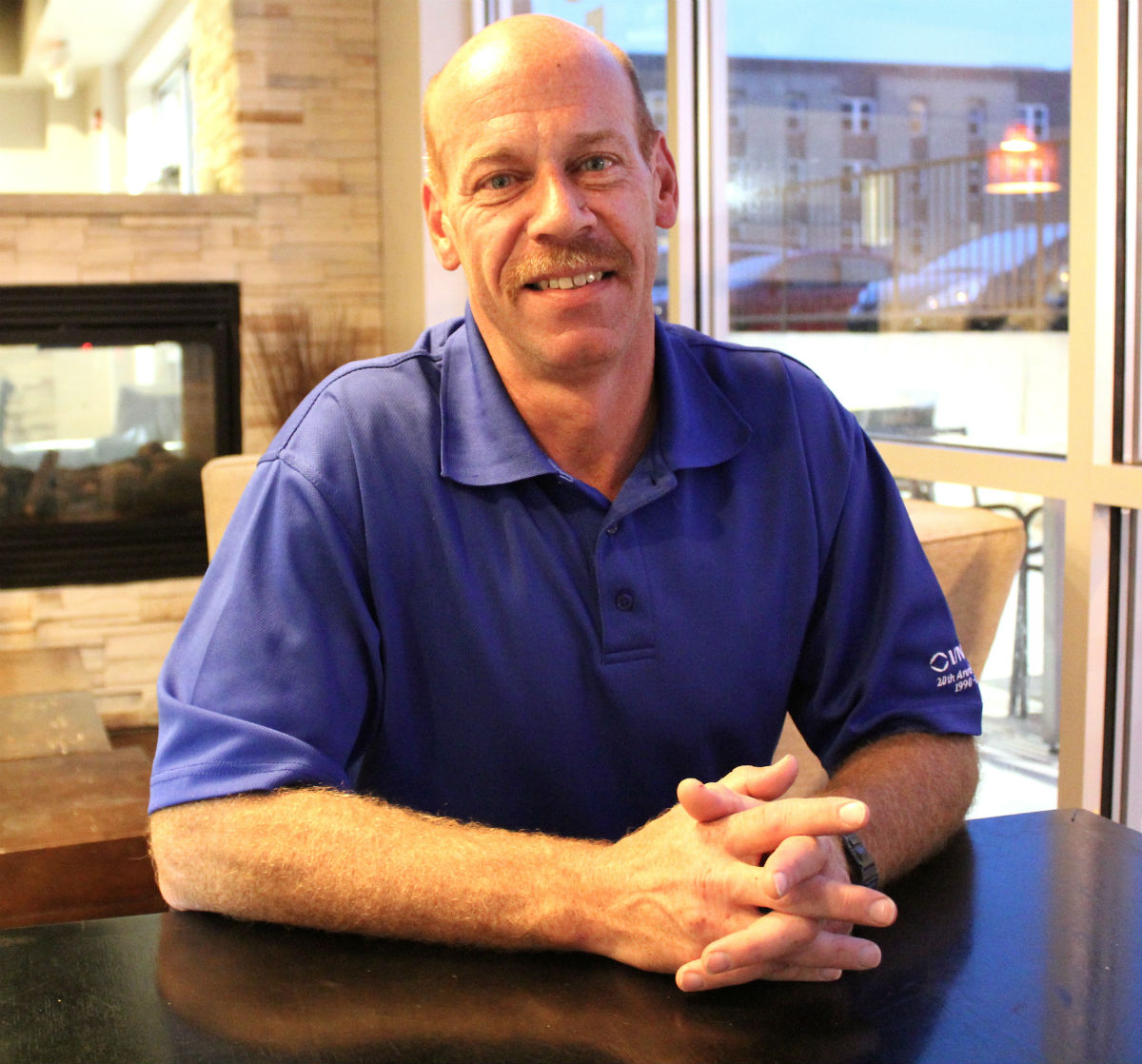 He is described as the "go to" guy that has always gone "above and beyond" to contribute to the success of any organization that he or his children have participated in. He "just get things done" is how others describe him. Giving unselfishly of his time and talents is his trademark. Meet Carl Neis, Valpo resident, and this week's Valpo Life in the Spotlight!

Prior to his family moving to Valpo in 1972, he was active in sports, excelling in baseball and basketball. After the move, along with his 4 younger siblings, he became involved in swimming, a sport in which he still participates. He began attending Valpo schools in the 7th grade at Thomas Jefferson and continued until his move to Valparaiso High School for his sophomore year. During his high school career, at a time when Valparaiso High School consisted of grades 10-12, with 9th grade remaining at the middle school level, he played football, participated in choir, and was a 3 year letterman in swimming.

After high school, he attended Purdue University where he majored in Engineering and was a walk-on for the men's swim team. After swim season, he joined the rowing team and competed with them for 3 years. He was a member of the team that won the Men's Small College Nationals his junior year. He fondly remembers his participation as a great learning experience as they traveled the USA competing in meets. It was through his rowing participation that he learned about and developed a love of triathlons as they were part of the summer training and conditioning for rowing. He graduated from Purdue with a degree in Industrial Management. He later continued his education by completing his MBA at Indiana University.

After graduation from Purdue in 1981, at a time when the job market was poor, he made the trip to Indianapolis to enlist in the Marines. He completed the entire process of enlisting and decided before the final signature, that it wasn't for him. He then reapplied to Purdue to work toward an additional degree in Mechanical Engineering. During his time there, he assisted in coaching the women's rowing team.

In August of 1983, he received a job offer from Inland Steel in their Purchasing Department, where he spent the first 13 years in the purchasing department, before moving on to operations planning at the company. This same year, Carl ran his first marathon and followed that with his first Iron Man competition in 1985.

In 1988, he married Becky Juergens and in 1992, became the proud father to his daughter, Kaitlyn. 4 years later he became a proud father again with the birth of his son, Rainer. As the children grew and became active, so did Carl. Whether coaching, leading, team parenting, or serving an organization as a board member, Carl has been heavily involved in Soccer, Swim Club, Cub Scouts, Boy Scouts, High School Swimming, and has spent many hours volunteering for community events and organizations. A few on the list includes, Cafe Manna at St. Teresa's Church, various marathons and runs, and most recently ValPLAYso-The Next Generation!

When asked what is the driving force behind his volunteer efforts, he replied, "I do it for the kids."

Thank you Carl for your many acts of service to our community. You are truly a Valpo Life in the Spotlight!