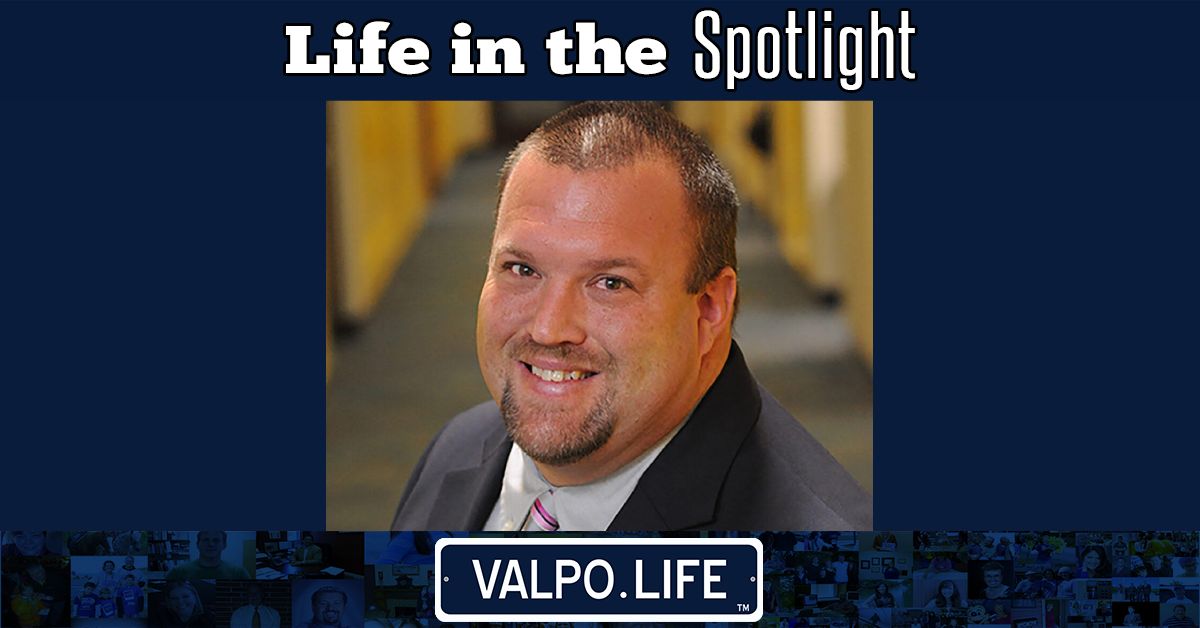 In 2001, Chad Franks started his career in education and in 2008 received certification to be a licensed school administrator. Since Franks was able to walk and talk, he knew deep down he wanted to be an educator so he could help individuals reach their full potential, and leave a lasting impact on them.

Frank’s dream came true in 2020 when he was offered a career position as the principal of the Porter County Career Center. In the two years he’s been at the Career Center, Franks has learned many valuable lessons, including the art of flexibility. Out of all the aspects that come with the title as principal, Franks finds his favorite to be the individuals that come in and out of the career center’s building.

“The best part is being able to work with the outstanding students and the amazing staff,” said Franks.

Before Franks was able to obtain the high power position he currently holds, he had to put in the work as an educator. Franks taught at many Portage schools including Saylor Elementary School (SES) and Willowcreek Middle School (WMS). At SES he taught two years and WMS he taught five. While working for both schools, Franks was a special education teacher.

Franks decided it was time to move his career to the next level due to his passion for wanting to educate a wider variety of students and, in turn, having the chance to have a bigger impact on students and families. As the principal, Franks takes charge of the schools operations and programs, the transportation for all the Porter County Career and Technical Education programs, supervises the Career Center staff, looks over the career centers finances, and updates/writes for the career centers social media and official website. Franks believes that working in his lifelong dream career has impacted him for the better.

“I knew since first grade I wanted to be in the educational field. Throughout school I had teachers that inspired me, but what really drove me to the career was my love of working with children and my want of helping them. Education has influenced me to make really great bonds with students and my love to see them grow up,” Franks said.

Not only does he educate in the Portage district, but back when he attended school Franks was a part of the Portage school system. He attended Myers Elementary School, Fegely Middle School, and Portage High School (PHS). During his time at PHS Franks broke a school record for the 500 freestyle and to this day his record still stands. Frank's title is in the top 20 and when he won he felt so excited that all his hard work as a varsity swimmer paid off.

Aside from his administrator endeavors, Franks spends his time with friends, family, his dogs, and volunteering. Currently, Franks volunteers for the Autism at Seas Program. For Franks, this program is such an amazing idea and an organization he holds very close to his heart. This summer Franks will embark on two cruises to volunteer for the organization. One cruise is four days and the other is 10, and both cruises start in Florida.

As a parent, husband, educator, and volunteer Franks is so grateful for the life he lives.