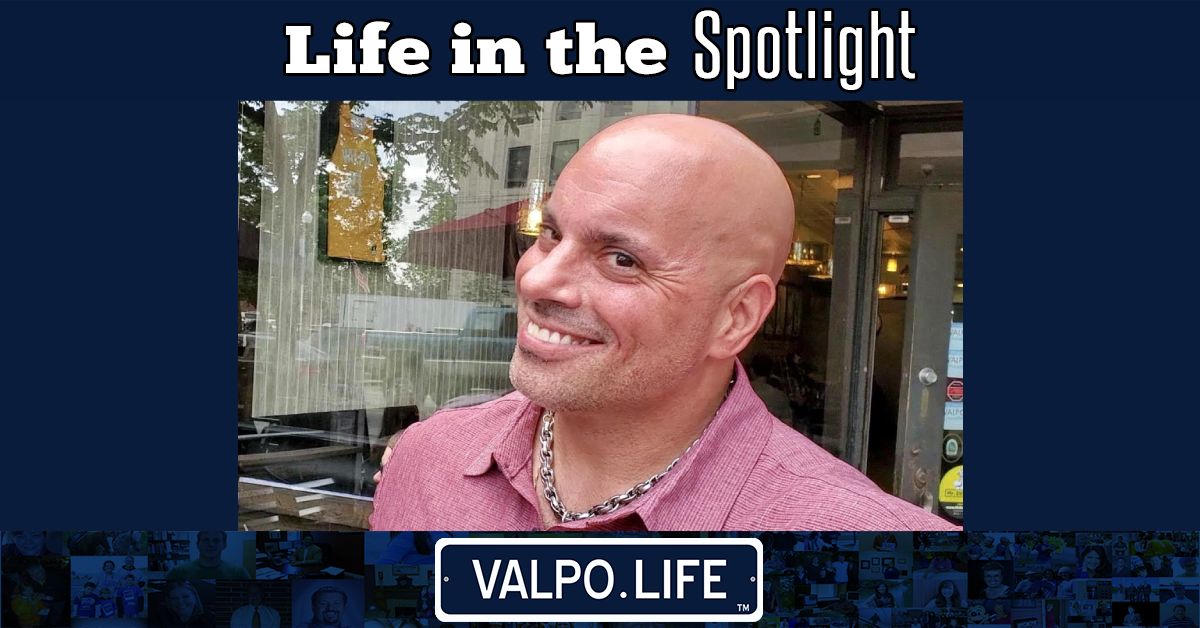 Chris Pavlou is quite the talented and successful chef in the Downtown Valpo scene.

Pavlou’s popular Valpo restaurant, Radius, has been awarded Northwest Indiana Restaurant of the Year for the past two years in a row. His renowned burgers have won competitions. He owns not one, not two, but four restaurants, and is hoping to have a fifth one opened by the end of August. He’s even catered food for President Obama.

Pavlou's story all started because of a simple sandwich.

When Pavlou was 18 years old, he worked in the deli of a grocery store. One day a man came in and asked Pavlou if he could make him a sandwich.

Pavlou couldn’t believe what happened to him next.

“The next day, I had a line out the door. Everybody came in because he told everybody that was the best sandwich he ever had in his life. All these people started coming in and saying ‘hey, can you make me that sandwich?’ So, I bought a prep table and started making sandwiches through my grocery store,” Pavlou said

That sandwich sparked Pavlou’s interest and love for cooking. In 2000, after a period of pursuing a career as a broker, Pavlou realized that his heart was in the food business.

“When I got out of that, I said, ‘You know what, I loved making that sandwich,’” said Pavlou

Pavlou is a completely self-taught chef, who taught himself to cook by watching TV shows on Food Network. He comes up with all his food ideas simply in his sleep, and by playing around in the kitchen and throwing new flavors together, sometimes unintentionally.

“My sweet and spicy cauliflower, I made by mistake," he said. "Now it’s my number one top-selling appetizer. I just made the sauce on accident, and I tasted it, and I'm like, 'wow, I think this is a winner. It's been a winner since.”'

Make no mistake, Pavlou’s climb to success in Valparaiso wasn’t an easy one. In fact, he had to fight to get Radius started. There was a lot of pushbacks when it came to granting Radius a Downtown Valpo restaurant membership.

Pavlou was right–Radius was exactly what Valparaiso needed. Now Radius and Pavlou are here to stay, working hard to make many positive differences in the Valparaiso community.

“I’m not just the employer. I’m the employee as well. I will do whatever it takes to make sure my business operates the right way,” Pavlou said

Pavlou is also well-known for the generous way he treats his employees. During COVID-19, Pavlou made sure Radius stayed open because he didn’t want his employees to lose their jobs.

“I just kept everybody," he said. "Whoever I could keep employed. We cleaned the kitchen. We redid the kitchen; I kept my cooks working. I didn't want to lose anybody.”

Pavlou even took it one step further.

“Whatever I got from PPP or whatever the government gave, I gave it back to my employees. And then I eliminated my payroll to give everybody raises,” Pavlou said.

As if this generosity isn’t enough, Pavlou is famous for the way he gives back to those in need within the community. On the Radius website, Pavlou sells the book and documentary bundle “Making Paradise,” and 100% of the proceeds are donated to Cafe Manna, a soup kitchen in Valparaiso.

“We donate to Hilltop. We do fundraisers. I do a lot of donations for the children or the community - people that need it. I helped the Boys and Girls Club, and the YMCA. I do a lot. Whatever I can do to help the community, I'm there," he said.

Pavlou is proud of what he’s done and grateful that his success has allowed him to make a difference, but he’s most thankful for his family’s support.

“I thank my family for sticking by me through all this. My wife and my kids have put up with me through everything I've gone through. My wife has been tremendously supportive. Through my long days and my long nights, my stress, my sleep-deprived days, and my grumpiness. I have to give her a shout-out, and my kids,” said Pavlou.

So, even after putting all his talents in the kitchen aside, Chris Pavlou is one hardworking, friendly, and humble guy.

To learn more about Pavlou and his mouthwatering food, check out the Radius website.