Chuck Gutzwiller, the senior programming director at the Valparaiso YMCA , grew up in southeastern Indiana in a small town called Versailles. He attended school at Indiana University in Bloomington where he studied and obtained a degree in outdoor recreation and resource management with minors in psychology parks and recreation.

After Gutzwiller graduated from college, he moved to Cincinnati where he took a job as an indoor rock climbing gym manager.

“When I graduated, I did not have anything lined up so I found a job as a manager at an indoor rock climbing gym and started doing that,” Gutzwiller said, falling in love for the sport.

Not only did he get to manage indoor climbing, but in his free time he would visit various destinations and climb outdoors with friends, which he still currently does on his off days. He has been all over the country, having climbed in Alabama, California, Colorado, Georgia, Tennessee, and along the east coast too.

“I can rope climb with ropes on a really tall wall, but I like to boulder. You can think of bouldering as sprinting versus marathon running,” he explained. “It is usually a lot of really hard moves over a short distance. You don’t wear ropes, but instead you have pads underneath you and people spotting you to make sure you land on the pads. You start really low to the ground and climb up to 15 to 20 feet in the air before it gets really dangerous. Some people go higher than that, but it is their prerogative.”

Out of all the different places he has rock climbed, his favorite would be in Tennessee, he said.

After he worked in Cincinnati for a while, he moved to Northwest Indiana in 2008 where he worked as a lifeguard at the Valparaiso YMCA.

Once the new Valparaiso YMCA opened, a new position for an Aquatics Director opened up. He applied for the position and got it, and since, he has now worked himself up to being the senior programming director of the Y.

“My areas that report to me as the senior programming director are the aquatics, wellness, summer camp, and sports departments. I have administrative lead over each of those departments to make sure the operations run smoothly,” he said. “I keep my eye on making sure we are doing good with budgets, making sure we are continuing with the mission of the Y, creating new programming, and helping us keep connected with the community so we continue to serve it.” 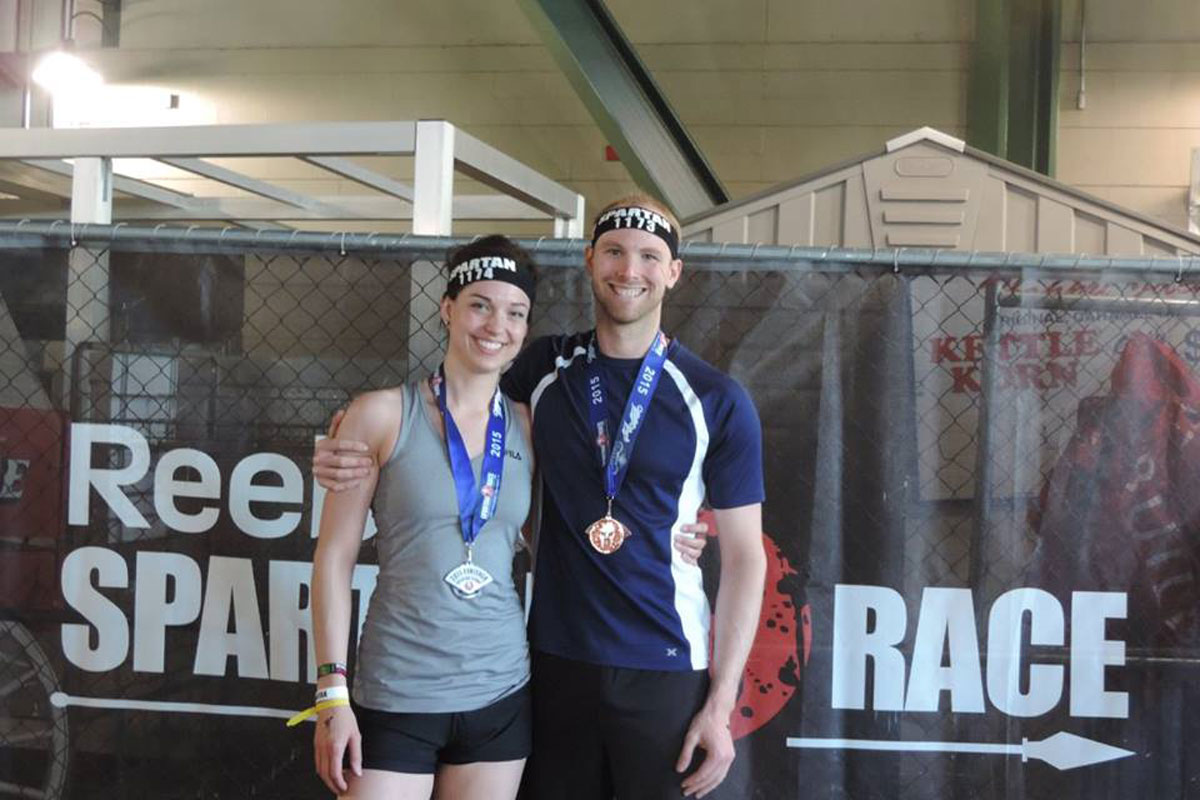 He truly enjoys helping the YMCA help other people, he said.

“I love helping people and fixing problems. I love the fact that I work in a facility that if we see a need in the community, we can look at the need and figure out how we can help. Whether that is finding a grant to help subsidize that cost, or raising some funds,” he said.

An example is when the Valparaiso YMCA saw an opportunity to help kids grow in the science, technology, engineering, and mathematics (STEM) programming, so, Gutzwiller and his staff took the opportunity and jumped on it.

“The former sports director, Cody Bischoff, and I created a Lego robotics class where we got a grant through the Porter County Community Foundation,” he said. “So now we have a class with a few instructors who teach kids STEM programming and work with Legos.”

In addition to starting a new life up here in Northwest Indiana in 2008, Gutzwiller met his wife, Laura, not too long after he started working at the Valparaiso YMCA.

“We actually met at work, we were both lifeguards,” he said.

Outside of working at the YMCA, Gutzwiller and his wife are still very active people. One activity that the two enjoy taking part in together is obstacle course training.

“I find running kind of boring…” he admitted. “Some people enjoy it and that is great for them, but I like to break it up with other stuff. So, when you are challenged with having to run up a wall, climb up a rope, carry something, or balance across something all while running is hard, but it is good. It is like interval training.”

Gutzwiller and his wife are currently training for an upcoming seven-mile obstacle course race called the Savage Race in Chicago. When not training, or during their rest phase, he and his wife enjoy doing a lot together like exercising, visiting with friends, traveling, relaxing, watching movies, and hanging out with their four cats.

The two head outside every moment they can, enjoying the Dunes, the beach and the four seasons, and enjoying living in Northwest Indiana overall.

“Valpo is a nice town. There are good people here and it is safe place to live,” he said. “My wife and I like our jobs here, we like where we work, we like who we work with, and we like what we do.”