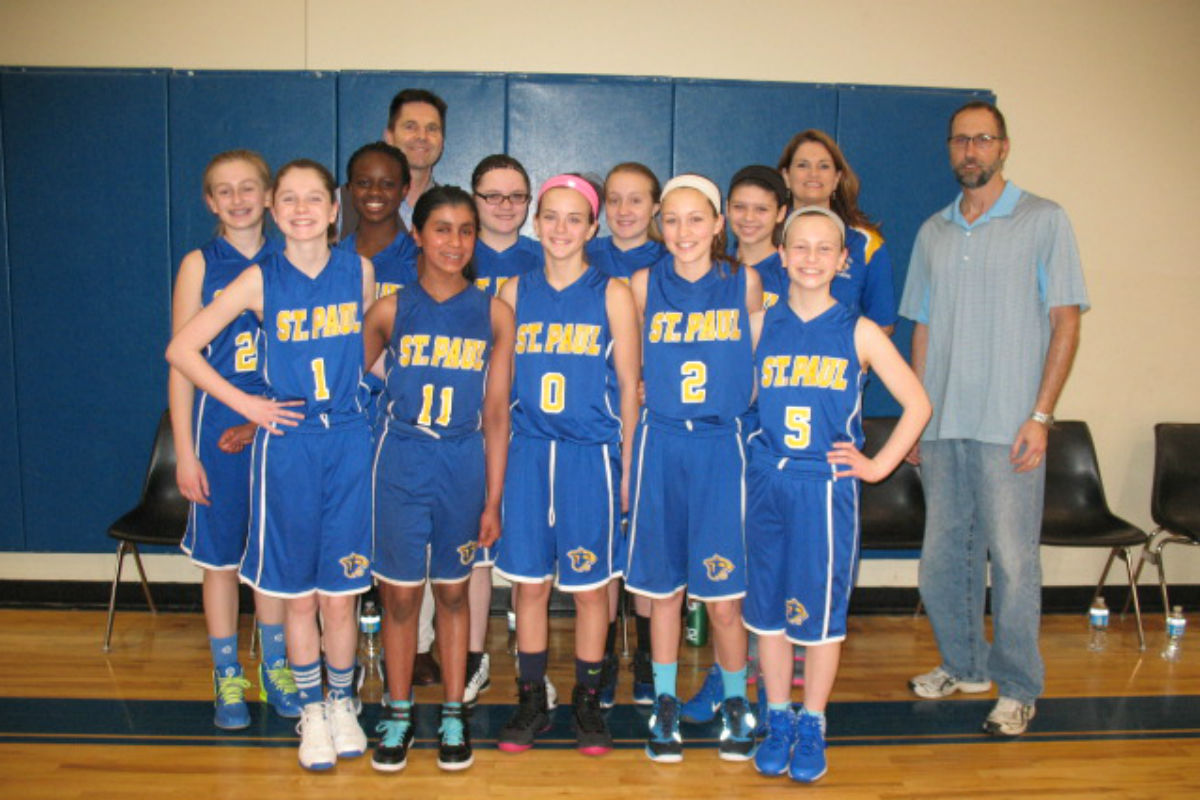 When you dedicate your life to your passions it is much easier to immerse yourself in hard work. Daniel Sherman is a busy man but he is does it out of “a love for sports and working with young people.” While his career is in law, his free time goes to volunteer coaching.

Daniel began coaching football, basketball, and baseball after college. He grew up in Grand Rapids, Michigan, and taught high school there for five years. In 1988 he graduated from Notre Dame Law School and moved to Chicago.

Valparaiso welcomed him into the community in 2004. By this time Daniel had a wife, Meg Heffernan Sherman, and four children to think of. The Sherman parents searched the suburbs for a new home with the same values that they hold.

In Valparaiso they found a community about family, good manners, and God. St. Paul’s church, on Harrison Blvd, was building a new Catholic school. It was perfect.

He would know. Acquaintances of Daniel describe his children as the most respectful and well-behaved kids they have ever met. Daniel takes great pride in his family.

“I have to give credit to my wife,” he says. “She places a lot of emphasis on manners and appropriate behaviour, and we both try to set examples for our kids.”

Daniel stresses the difference between children and adults. While it is important for us to set high standards and goals for our offspring, it is equally important to remember that they are not miniature versions of adults. They still have a lot of learning to do. We need to lead by example and utilize patience and understanding.

The Sherman’s have four children: a teenage boy and three girls, aged 15, 13, and 11. All of them play basketball and soccer. His son plays baseball as well.

Before games, Daniel tells them to have fun and give their best effort. He says the same thing to the players on his teams.

In the summer Daniel coaches baseball through the American Legion Post 94. For the winter season he turns to girls’ basketball through St. Pauls. Volunteer coaching takes up a lot of his time, so it is fortunate he is self-employed. He is committed to coaching and rearranges his calendar to meet his team’s needs.

While the schedule is no issue for him, Daniel worries that it could be too demanding on the players. Even at a young age there is a lot of pressure on athletes. They dedicate a lot of time to their sports, maybe more than they should. Daniel feels that the parents and schools in the community that influence athletic culture should take extra consideration when making sports schedules,

“I firmly believe that we can do better with keeping our kids well conditioned and passionate about sports, but not overwhelmed and burnt out.” The current culture places a lot of time constraints on children, especially during the summer. Hopefully we will see a change more representative of the patience and understand Daniel models.

Everyone wants to see his or her child do well without sacrificing the kid’s health. Daniel is no exception. He wants good things for his players and for his own children. “I want them to have good judgement and make good choices, which will help them to become healthy and well-rounded people.”

Daniel also wants them to have a strong faith in God, and to contribute to both community and country. He sets a great example. The family still attends St Paul’s. Daniel volunteers at the church in other ways but most of his time is given in the form of coaching. The community has a bright future, in the hands of Daniel Sherman.