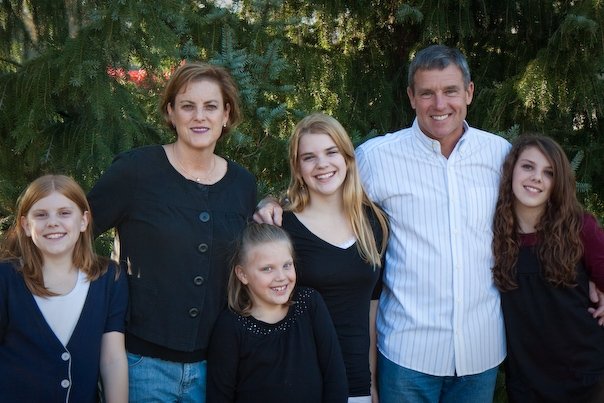 There is a quote from Gandhi which states, "The best way to find yourself is to lose yourself in the service of others." If anyone in our community can be recognized as one who has dedicated themselves to this sense of service, it is Valparaiso's own Garner Tullis, CEO of Our Greater Good. His passion and dedication to helping both people and organizations achieve greatness has certainly earned him the title of a Valpo Life in the Spotlight.

Having been in Valpo since 1990, Tullis has been an active participant in various service projects for years. He greatly admired that we had a community full of people willing to do various stand alone service projects, but desired for partnerships between people in order to keep track of and attack the true needs of our neighborhoods. It was from this idea that Our Greater Good was born. Tullis applied for a nonprofit, then made the major decision in August to resign from being a pastor, which he had done for 20 years, in order to solely focus on Our Greater Good (although he still serves on the board at his church).

"The idea behind this all is really for Valparaiso to be the most civically engaged community of our size in the United States," Tullis said.

Tullis has set up an amazing platform in order to achieve this goal. He spent half a year looking at every boundary in Valparaiso and Center Township, and came to the conclusion that the eight elementary schools could serve as a sort of basis for dividing up regions of volunteerism within our community. They then began the construction of their website, which can be used now in Valparaiso, but which can also be transposed onto any other school district in the state of Indiana. The website was launched in December of 2013, their 501c3 was approved in June of 2014, and they have been remarkably busy since. With roughly 40,000 people in Center Township, their current goal is to have about 500 team members in each of the 8 districts.

Tullis's dedication to the well being and improvement of our community, especially our schools, is inspirational to any and all looking to become involved. "We are, as a nonprofit, identifying a lot of ways to help the schools. Schools have a very tight budget, and people can do a lot of things for free to help out, whether that's through a mentoring program, reading program, or tutoring." With the large number of elementary schools found in Valparaiso, it is people like Tullis who are making a difference in the lives of children attending these schools by drawing attention to their needs.

Our Greater Good, in its short life span, has already impacted the lives of so many different people, young and old, throughout Valparaiso. They are paving the way for a new generation of service initiative, and it is clear that our community is already changing for the better. Their message that anyone can become involved and help out, sometimes merely by helping with connections, is one of great value that anyone and everyone should consistently keep in mind.

"We try to connect people to a need, and get the job done," he said.

Garner, his team at Our Greater Good, and the teams they have been able to build through their website are all some of the greatest people our city has to offer in terms of citizenry and inspiration. Thank you, Garner, for your dedication to service that is helping generations new, old, yet to come.