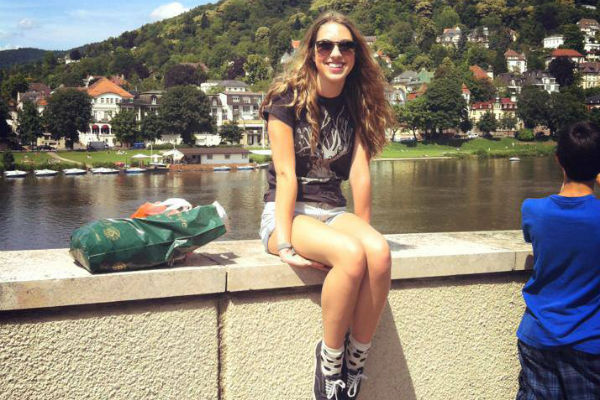 “Hey guys, welcome to ASAP. We have a lot to cover in our meeting today, so let’s get started!”

VHS Alliance of Students against Poverty, or ASAP, President Greer Brown welcomed members with a warm and friendly smile at the beginning of the monthly Wednesday meeting. Being a member of ASAP for the last three years of my high school career, it was only tradition that I grabbed some cookies displayed in the front of the room for members to snack on during the meeting.

ASAP was started by Peter Fink, current freshman at the University of Notre Dame, when he was a junior at VHS. ASAP holds several events and fundraisers each year in efforts to raise money to combat poverty at the local and international level. The club has contributed over thousands of dollars to places in need in Valparaiso and throughout the globe.

"I’m pretty involved in school. I'm in National Honors Society, German Club, and Earth Awareness Club,” Brown stated. “ASAP takes up most of my time, though. It's my number one priority and my biggest commitment besides schoolwork."

As president of this well-known VHS extracurricular activity, the time and effort Brown has invested into the club has not gone unrewarded. On November 9th, ASAP held its annual event Ping Pong vs. Poverty, which generated $600, the highest record the club has attained so far. It is a ping pong tournament in which high school students participate in efforts to raise money for the Spring Valley Homeless Shelter. Last month, the organization wrote a $1,000 check to the Hilltop Neighborhood House. The money towards Hilltop came from ASAP’s past events, such as its annual benefit concert, a big hit amongst Valpo’s youth, which was held last May. A couple of ASAP members went to personally deliver the check. They also brought in instruments and played them for the kids.

Other than Brown’s commitments to ASAP and school, she is a talented musician, as well. She specializes in 4 instruments: piano, guitar, ukulele, and cello, as well as being an accomplished and talented singer. She has gotten the opportunity to perform at different gigs all around Valparaiso, including the Annual ASAP Benefit Concert and VHS’s talent show, April Antics. Brown has enjoyed singing for as long as she can remember and her passion for music has shaped the person she is today.

"I play music religiously with my brother. I definitely want to be in a band, but I want to wait until I'm done with high school. I want to get more into music when I have a lot of down time,” Brown said.

Brown is not entirely sure where she wants to go for college. Though she believes IU is a strong possibility, she is considering and has applied to other schools. Brown is considering careers with music involvement. She expressed her interest in musical therapy, which she finds unique and different. Other than music, her main goal is to find a career in which she’s doing what she loves most: helping others. Brown also articulated her thoughts of working with special needs kids. She was influenced by her uncle, who sparked her interest in the special needs education field. Though Brown has not officially made up her mind yet, it is evident that she has a bright and prosperous future in whichever field she chooses to pursue.

"I honestly want to do something with helping other people, especially those who need it most. That is what I enjoy doing," Brown said.

And lastly, one of the biggest and most influential parts in Brown’s life is her involvement with her family business, the infamous Valpo Velvet. Brown’s family business has not only made her family closer as a whole, but has also taught her a lot of life skills she would not have been able to learn anywhere else. Working downtown amongst a handful of small businesses has also taught her to appreciate those who work alongside Valpo Velvet and the beautiful community Valparaiso has become in the last five years.

“I honestly think that if my family didn’t own a family business, I would be a completely different person. It has taught me a lot lessons. I know how a business runs and how to be responsible with money,” Brown said.

Brown was one of six girls nominated onto VHS’s homecoming court and was chosen by her peers to attend VHS’s Natural Helpers retreat. Whether it is in halls of VHS or in the community, Brown’s friendly, outgoing personality has inspired and touched the lives of many. She exemplifies all of the traits that represent a Life in the Spotlight and demonstrates these traits on a regular basis. I’ve had the honor of getting to know Brown since the beginning of my freshman year, and I have witnessed a countless number of situations in which she has stepped out of her comfort zone in attempt to include everyone and strive to encourage our community to reach its full potential.