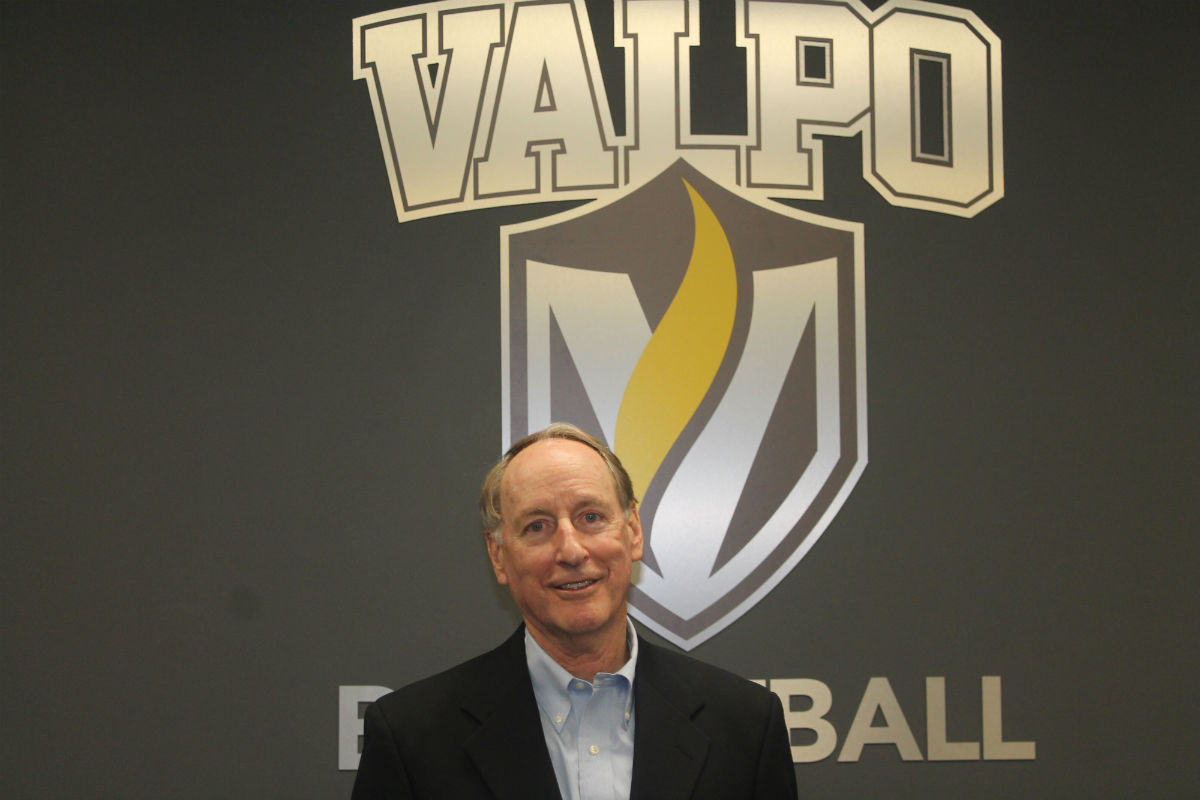 Homer Drew is a fixture in Valparaiso. Not only Valparaiso, the school, but Valparaiso, the community. The town he’s called home ever since coming here to coach the men’s basketball team in 1988. And while Homer is most known outside of Valpo for his basketball achievements, it’s nearly impossible to talk to someone from the area that doesn’t mention Homer Drew, the kindhearted, generous family man, first.

Drew is a rarity in the world of college basketball, where head coaches are often replaced like batteries in a smoke alarm every Spring. He’s been involved with Valparaiso University in some fashion for over 25 years, which is both a testament to Drew’s commitment to the Valparaiso area, and the university’s commitment to him as well.

But when speaking with Homer about why Valparaiso University has been a perfect fit for him, you’ll find it’s been just as much about his biological and university family as it is about basketball.

“We had three children at the time when I came to Valparaiso in 1988,” Drew said. “And it was a wonderful place to raise a family. And then the university itself was filled with wonderful people, who were excited about the growth of the university to all Northwest Indiana.”

That’s not to say that Drew isn’t proud of his on-court accomplishments, as he should be. His resume is one any college coach would be proud of. Homer has notched 640 collegiate wins, is a 10 time Coach of the Year winner, and him and his son Bryce can arguably lay stake to originating “Cinderella” during March Madness with “The Shot” in 1996. But when you talk to Homer, and you really get to know him, you find family is everything to him.

Which is why the City of Valparaiso has been such a perfect fit for Homer and his family.

"When Mayor Jon Costas was running," Drew said, "his goal was to make Valparaiso a destination."

"And it is now," Drew added. "People will come down from Chicago to eat here, and the park in the summer makes Valparaiso a real family-friendly place to visit."

There's life, and then there's basketball in Homer's world. In that order. He has his Doctorate in Education, as he was never quite sure if coaching would work out, and wanted to make sure he had a way to provide for his family if it did not. He wanted to be a coach, don't mistake that, but you can tell Homer would have been just as satisfied as a teacher.

Because it all boils down to the same thing in the end for Homer; whether it's a career as a college coach or a college professor: wanting to help kids to better themselves and succeed in life.

It just so happened that basketball became a big part of him and his family's world. Homer's plans as he puts it, were never really set in stone. All he knew, remembering back to a collegiate job, was that "I didn't want to fix washing machines my whole life."

His sons, Scott and Bryce, are both coaches, but again, that was never part of some large Drew family blueprint.

"All I wanted was for my sons to be happy," Drew said proudly. "And Dana, my daughter, now has a law degree and four children and is happy. All I ever wanted from them is to find something they enjoyed doing."

Perhaps it's this same "family first" philosophy that is what made Drew so successful as a coach as well. The kids he coached were part of his family. And when it comes to your family, you do whatever it takes to help them succeed. Win or lose, you stick by their side. There's life after basketball, after all, and Homer is committed to making sure his family, the kids he coached, and the students and coaches he now works with at Valparaiso University are prepared for the real world, and know that Homer will always be there for them.

And he will be there for them, always. That's just who Homer Drew is.