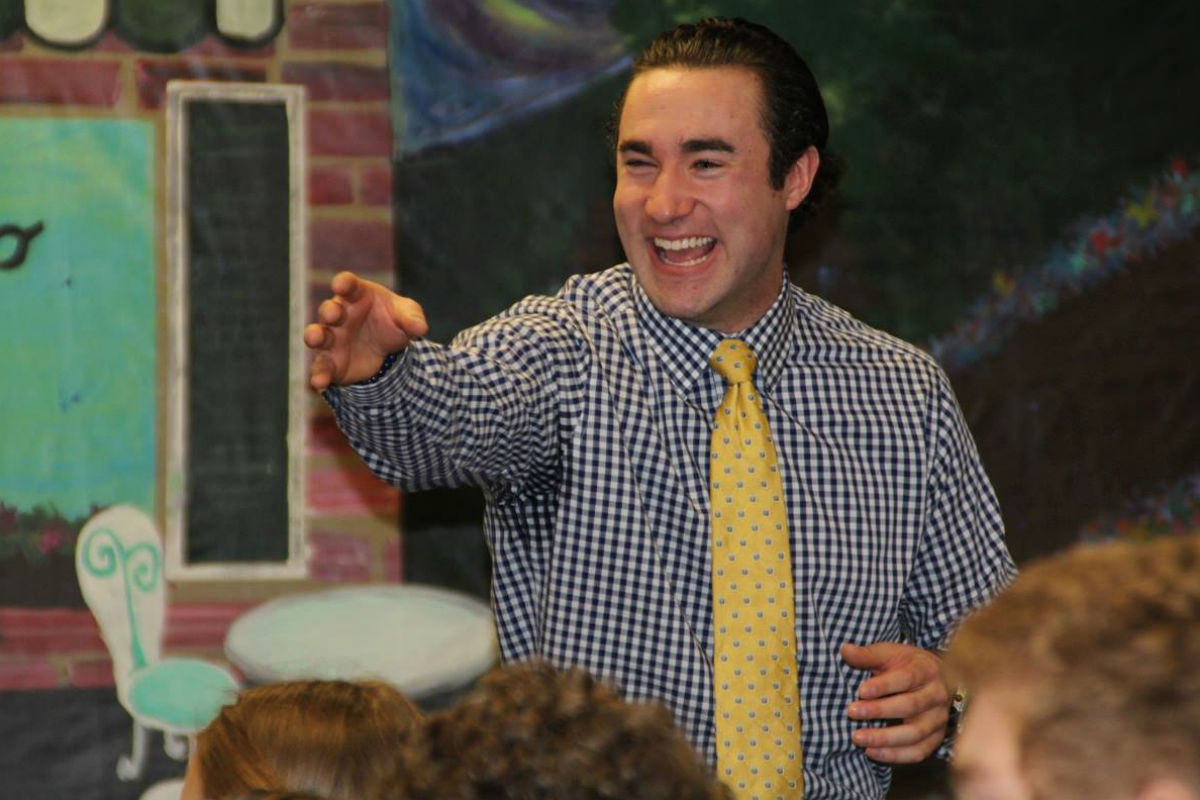 A theme of joy, ambition and creative contribution weaves throughout the activities in the life of J.J. Peller, Financial Advisor at Merrill Lynch. Peller is a recent graduate of Valparaiso High School and Wabash College. Upon graduation he joined his father’s wealth management team, Peller Koleff Team - Merrill Lynch, where he enjoys helping people reach their financial goals and prepare for retirement.

“Two things I love to do are help people achieve their goals and help people to smile and to be happy. If I can make at least one other person smile during the day, it’s been a successful day. If I hear someone I know is pursuing his or her passion and is accomplishing his or her goals, that excites me.”

Peller is on the board of directors for United Way of Porter County, and focuses his efforts primarily on Young Leaders United, an organization that engages young professionals in volunteering and giving back to the community.

“United Way makes a huge difference in many people’s lives. I’ve had the first-hand experience of seeing how the United Way dollars are put to work and it wowed me,” said Peller. “I met many of the people, staff and volunteers, who were involved with United Way of Porter County and I knew they were people who held the same belief as I do: help those around you who can really use your help.”

After brainstorming with like-minded people, Peller was instrumental in forming the “Valpo Writers and Speakers Guild.” He and up to six other individuals meet at the Blackbird Café every two to three weeks discussing how to better communicate and market ideas.

“I had breakfast one morning with Jack Phelps because he’s been very successful in business and I wanted to learn from him; and during our conversation he learned that I have an interest in public speaking, talking with students and young professionals who I can share some of my experiences and thoughts with in hopes of helping them to become better positioned for achieving their life goals.

Peller’s passion to help others grow and succeed led to him to get involved with producing the first ever TEDx event in Northwest Indiana. He attended a meeting at the beckoning of Matt Glaros of the Meyers Glaros Group.

“I showed up to the first meeting and immediately connected with the great group of young professionals in the room. They have a ton of energy and passion for helping to create a great future for Northwest Indiana and I wanted to be a part of that group and the phenomenal things they were doing. So I stuck with them and helped plan and put on the first ever TEDx event in Northwest Indiana this past November. The turnout for the event was awesome.”

The response from the community was overwhelmingly positive and optimistic, and Peller assured that another TEDx event is sure to come.

“I believe the goal was not for a singular result but for a sustained progression towards a great vision that many people, especially the group involved with TEDx, have for Northwest Indiana. The team is on a mission. And the 2nd consecutive year of TEDx in Northwest Indiana will happen again this coming fall with hopes of an even greater turnout and even more positive impact for the Region.

According to Peller, we can all benefit from each other through our interactions.

“I learn something from every conversation I have. Even if a conversation doesn’t drastically change my beliefs or my habits, if it just makes me take a step back, think, and take a view of a situation or topic with a different perspective, then that’s a powerfully positive interaction.”

He shared an example when he was asked to speak at the 8th Grade Leadership Conference hosted by Valparaiso High School.

“I gave them 4 simple ideas for how to achieve their goals in high school, college, and after college. I shared stories about working hard, always doing what’s right, helping others achieve their goals, and having fun. I finished my talk by saying even if they don’t accept the ideas I’ve shared, I encouraged them to at least take time over the following few days to think about the ideas and decide if/how they can be helpful.”

Outside of volunteerism and community organization, Peller enjoys chicken wings, dancing, and playing in a coed summer softball league.

“Our team name is Duff Dynasty, aptly named after our fantastic sponsor Duffy’s Place. We’re actually pretty good. As of now, we’re undefeated. But most importantly, my team is made up of an awesome group of friends; and no one we’ve played so far has more fun than we do, there’s no doubt about that.”

“I have fun in everything I do,” said Peller. “No reason not to.”