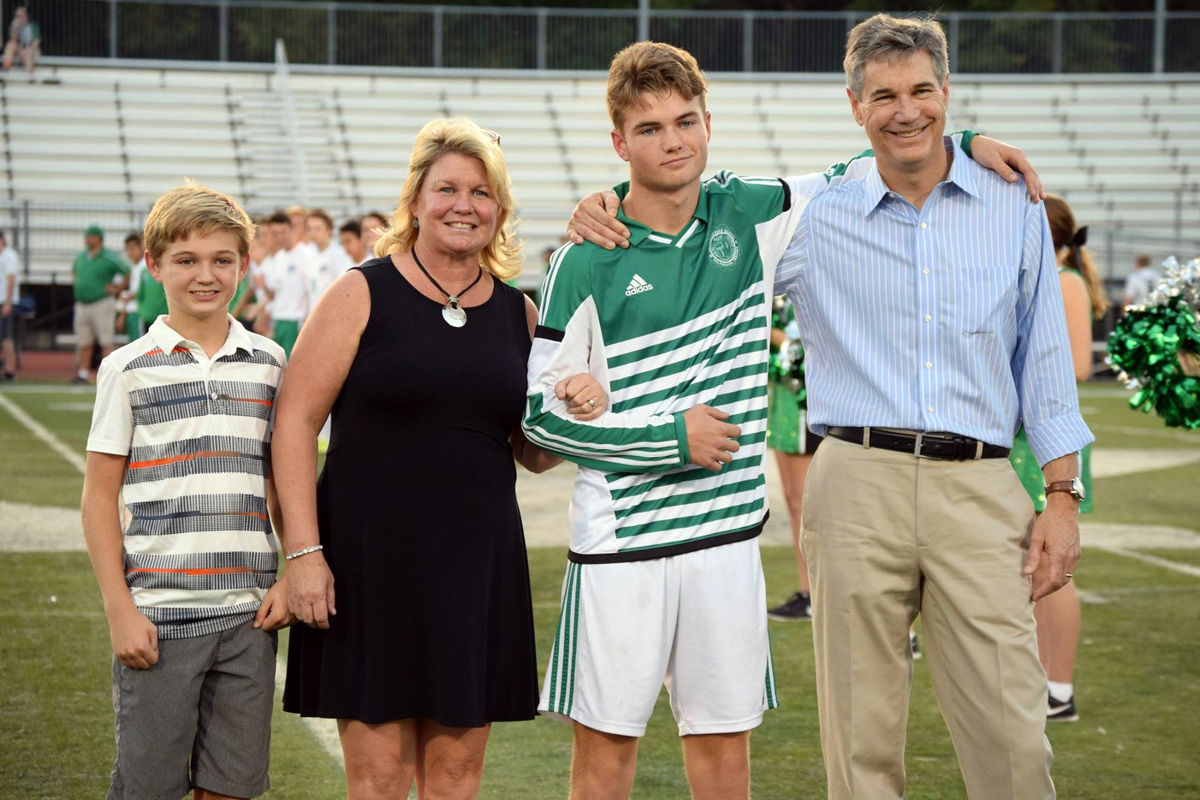 You might not have noticed a difference as you were standing in line to buy tickets to this year’s soccer games at Thomas Jefferson Middle School, but the new ticket booth there certainly doesn’t go unappreciated by those who use it to stay sheltered from the elements.

The new ticket booth is all thanks to the hard work and dedication of one young Valparaiso resident: VHS Varsity soccer player Jacob Wells.

“It was my Eagle Scout project,” said Wells. “I decided to do it for the school. They used to just have a little tent that the ticket sales people would use. It wasn’t very sturdy - it would blow over and we’d have to go and help them fix it. It was really just a big hassle. So, I decided that it would be a double benefit to make them a new one. I could help the school out and work towards my Eagle Scout badge at the same time.”

“The Eagle Scout badge is the highest level you can achieve in scouting. It really helps later on in life and looks good on your resume, too.”

Though Wells did most of the work himself, from fundraising to building, he credits his dad with offering a helping hand.

“He was my advisor. It took nearly a month to get all the plans together, draw up the blueprints, and gather materials,” said Wells.

The actual build time was much shorter - just two weeks, according to Wells, who says that he worked on the ticket stand for several hours each day until it was finished.

Wells is very proud to be a Boy Scout, especially of the opportunities for future growth.

“It’s a world of opportunity. If I tell someone that I’m a Boy Scout, I feel a sense of honor. It’s a fun organization, and we learn some very useful skills like camping and learning how to survive in the wild,” said Wells.

When he’s not playing soccer, participating in scouting or doing school work, Wells enjoys woodworking with his father and helping in home remodeling projects. He also participates in DECA, a nationally established high school competition program that enables students to compete in academic challenges in dozens of different business based events.

Wells lives in Valparaiso with his parents, Chris and Cathy Wells, his younger brother, Ty, and their golden retriever, Bella.

“I love Valparaiso!” said Wells. “It’s a great community with worlds of opportunity. We just had Popcorn Fest, which is always a huge event and a lot of fun. Valpo just feels like home to me, and it has my favorite Mexican restaurant here, too - El Amigo. That's the place to be."

So, next time you’re waiting in line to get those soccer tickets, take a moment to appreciate Jake’s hard work and breathe a sigh of relief: With young men like this in our community, the future is sure to be in good hands.