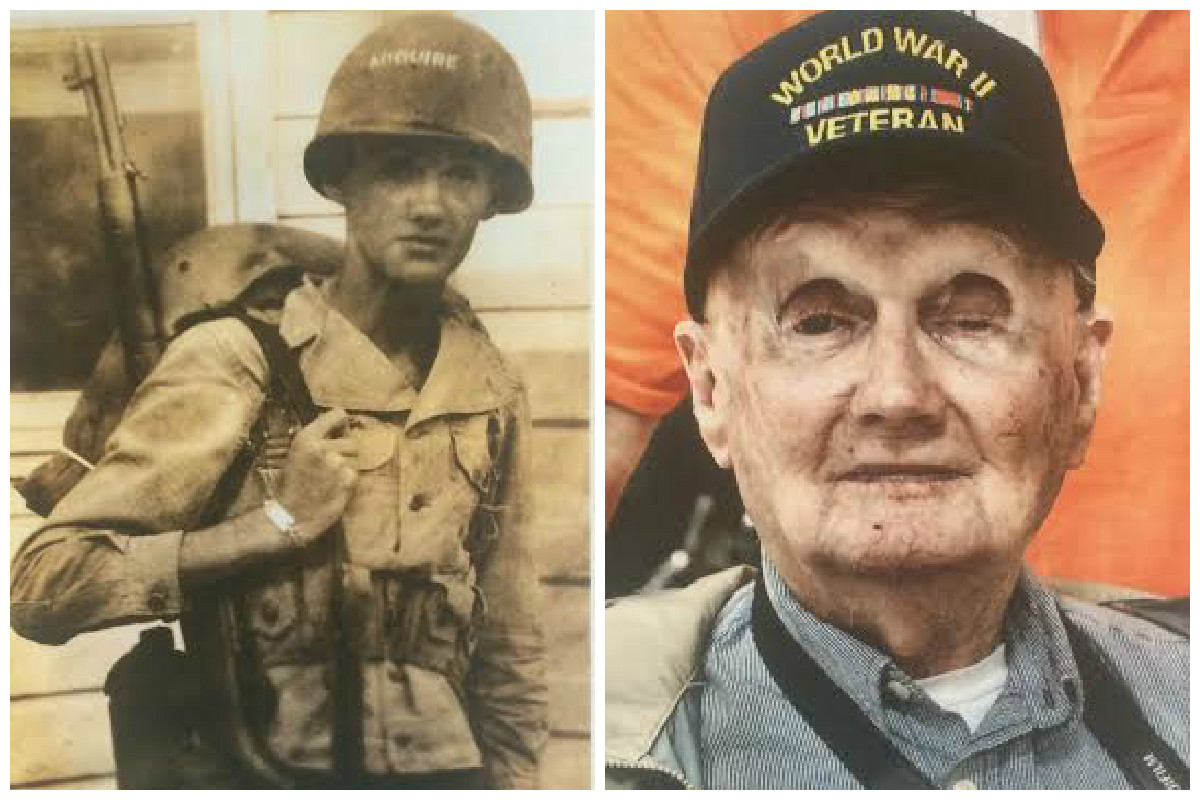 “The 4th of July, just like Memorial Day, for most people is just a holiday. The GI’s, Navy, Marines and all of them, on these holidays, you think about more of those who are still over there and the ones that didn’t come back with you. It has a deeper entrenchment of thought,” said Valparaiso resident, John McGuire concerning the upcoming holiday.

As we approach the 4th of July this year, we think about the men like John who have served our country at any time in history, and the sacrifices they made so that we can celebrate.

John McGuire started his service in the United States Army right after he finished school back home in Chicago. He was 18 years old in June of 1944 and was inducted into the Army in July. “The war was on and it was either get drafted, or go through the enlisted reserve. I went through enlisted reserve because it was guaranteed that I could finish school,” explained McGuire.

He completed his basic training down in Fort Bliss Texas and then had a 10-day delay end route to his next destination, Fort Ord.

“When you go to Fort Ord., that tells you that you’re going overseas,” said McGuire

While on a delay, McGuire was able to spend Christmas Day with his mother, father and friends. The very next day, he boarded a train to head to Fort Ord in California, where he would spend a little over a week before heading southwest.

“The next place I put my feet was Finschhafen, New Guinea,” said McGuire.

Green Island, part of the Solomon Islands, is where McGuire spent a little time with the men of the 925 Automatic Weapons Battalion before being sent to Leyte, where he would spend most of his time during the war. McGuire also spent time in Luzon, where he was placed in an engineer maintainer battalion.

Early June of 1945, while McGuire was on Leyte, the government issued the men packets of OG winter uniforms, an odd thing for men stationed on a tropical island. Two weeks after that, the men received training on winters off the beaches of Japan. He later found out that this training was in preparation of the invasion of Japan, which inevitably was replaced by the dropping of the atomic bombs. The invasion would have taken place in the winter months, hence the OG uniforms.

“We were scheduled for the invasion of Japan before it ended when it did. I got more than lucky! There is no word to explain how fortunate those of us who were there, that it ended before that. By the best estimate, we never would have reached the beach, must less ever survived the war. Harry Truman is probably the greatest president this country has ever seen, solely because of his decision to end the war. While many lives were lost, and my heart goes out to the people of Japan who lost their lives, so many more were also saved,” said McGuire

After being honorably discharged from his time at war, he attended Wright Junior College and then the Illinois Institute of Technology.

“In the mean time I met this little ol’ lady,” McGuire said about his wife, “In 1947 we got married.” He later settled in Valparaiso, where he still resides.

McGuire takes a lot from his time in the military.

“You learn confidence in your fellow man and you learn a little more on who you can be confident with. I was very happy that I joined the military, it’s a life experience in itself, but I would never want to do it again,” said McGuire.

As we celebrate another 4th of July, we are reminded of how far our country has come and the freedoms we have because of the men and women who continue to fight for our country.