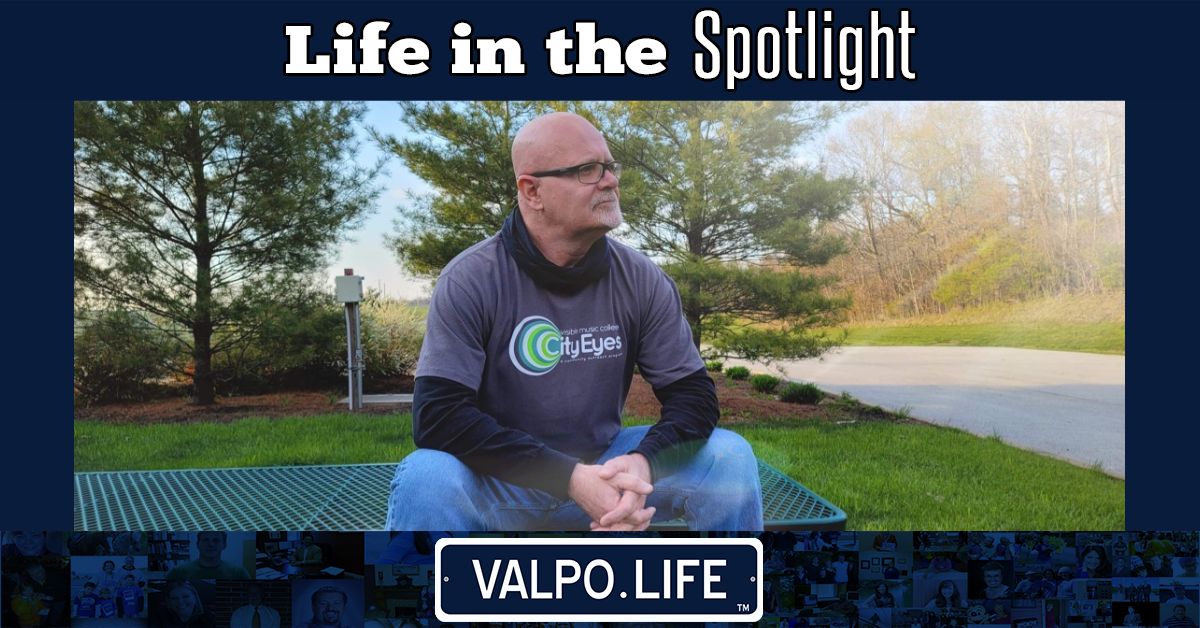 Even before working as Director of Operations at Visible Music College Chicago and Technical Director at Crosspointe Christian Church in Valparaiso, Jonathan “JP” Parker lived a life full of music. He has worked as stage manager, production manager, and tour manager with various artists such as Brandi Carlile, Michelle Branch, The Fray, Andrew Bird, Liz Phair, The Redwalls, Ben Kweller, Yo La Tengo, and Wilco. This journey started in high school when he played in various bands from rock to heavy metal.

Growing up, Parker was always around music from playing music in bands to singing to tinkering his own guitars, He carried these skills with him throughout his whole career as he dabbles in different aspects of music.

Graduating from Valparaiso High School in 1984, Parker went straight into The United States Army out of high school. He was stationed in Germany for three years, and he was trained as a radio operator then later on was interviewed to be the Colonel’s driver (Battalion Commander). At 18 years old, Parker was driving all over Germany as the Commander’s personal assistant.

“I wanted to be a DJ, actually I thought someday I'd be a radio DJ, so when I returned home to the States in 1987, I went to study electronics at Valparaiso Technical Institute,” Parker said. “I got my associate degree in electronic engineering, and then I went and got another associate degree in music production. So, by then, I knew I wanted to work in a recording studio.”

The original plan of working in a recording studio did not happen until years later, though. Parker was interning at a Big Jingle in Downtown Chicago when he connected with the guys in the Freddy Jones Band. They invited him to go out and tour with them, and he did that from 1992 to 2015. During this time, he was offered various manager jobs for different musicians. He immediately fell in love with touring.

“I figured I would try one tour, and that was in 1992. I love the people, the excitement, being on the road, and international travel,” Parker said. “One day you're in Paris, and the next day you wake up in Amsterdam or you're flying to Australia.”

“I guess it's a good thing by reputation. I'm a good artists handler,” Parker said. “I know how to treat rock stars. I know how to kind of shield them from the public.”

Parker would consider himself a homebody. As a homebody, at times he prefers recording in his studio, teaching his students or picking up a new hobby such as sewing. Occasionally, the curricular band at Visible Music College will go on a Christmas tour, fulfilling his wanderlust. His newfound passion is teaching his students.

“My passion is developing young artists and encouraging them, even if that is giving guitar lessons for years, but I love teaching,” Parker said.

Three years ago, Parker started as an adjunct professor at Visible Music College Chicago, picking up a few classes such as live sound and recording studio classes. Last year, the school offered him a full-time job and brought Parker on campus to be the Director of Operations.

“Music can get you through the worst times in your life, and it can help you celebrate the best times in your life and just to feel the music,” Parker said. “Young guitar players and bass players especially tend to be all tense, so I just try to teach them to relax, be one with their instrument.”

Parker feels he is living the dream as he has had the opportunity to produce almost every genre of music, including gospel, hip hop, R&B, alternative, rock, and punk. His 14-year-old daughter plays in the orchestra and rocks out on the electric bass.

“My daughter is going to be a little rock star someday. Music is in her blood.”