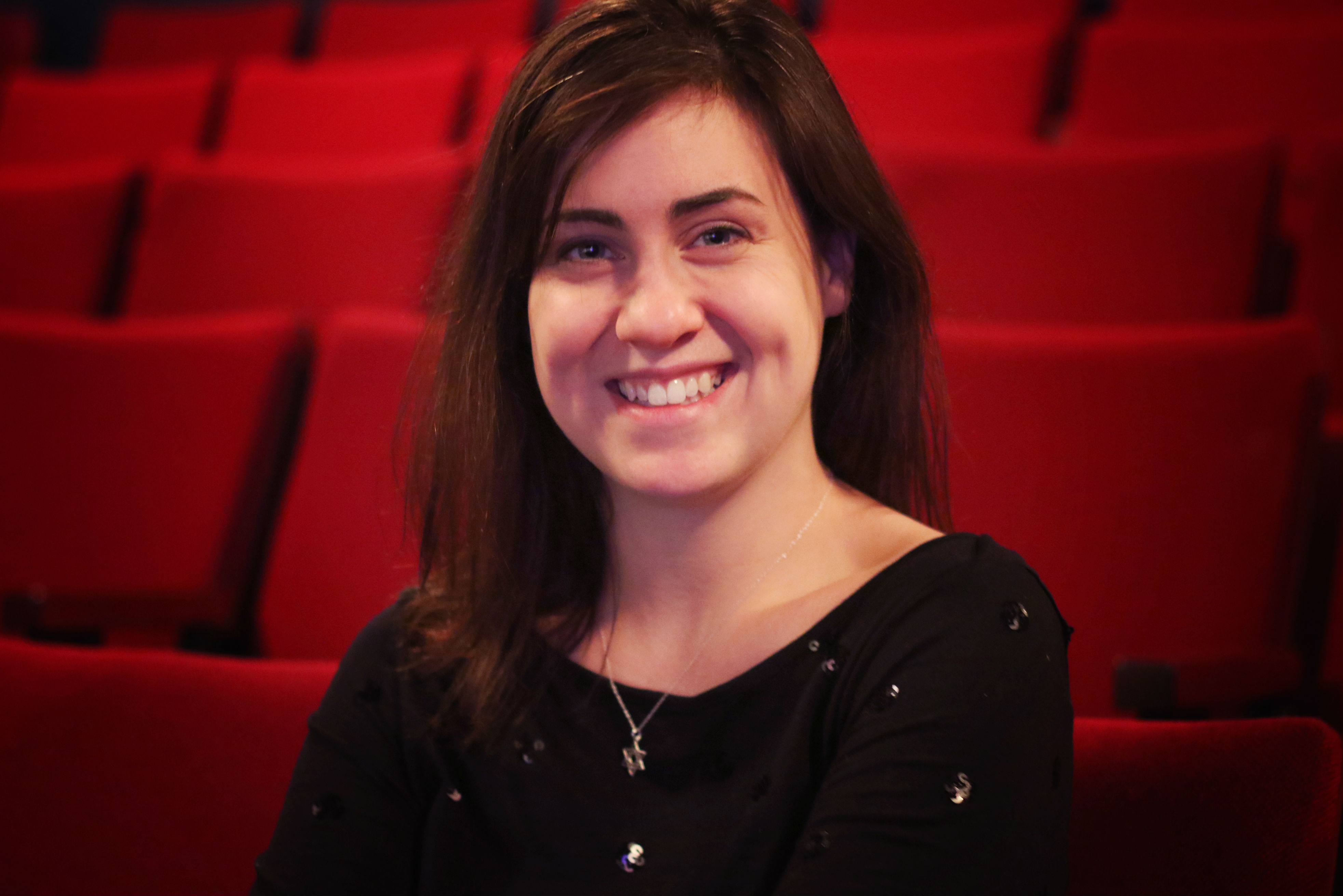 Witty, humble, and tenacious. Those might be three words to describe former Valpo native and published playwright Julia Weiss. But - like always - there’s a lot more to her than those attributes.

I met Julia when she was in Valparaiso for one day only, sitting in a room located in her old ‘home away from home’ - Valparaiso’s Chicago Street Theatre. Though Weiss isn’t currently living in Valparaiso, she spent most teenage years here. After graduating from Valparaiso High Schoo,l she went on to study theater at Indiana University and then moved to Chicago afterwards - where she now calls her home. She currently now is an understudy for the touring company at Second City, works with iO Chicago Theater, is a part of Paper Machete, performs in a weekly show at The Green Mill in Chicago, and is writing her own material constantly.

Though she is immersed in her current busy life of the theater scene in Chicago, Valpo and Chicago Street Theatre still holds that hold a special place in her heart due to its influence it had during her formative teenage years.

“From 8th grade until I graduated high school I was here all of the time. I worked in all aspects of this place. I was building sets, running lights, running sound - I was actually taught by Paul Brown to design sound - and I acted.” Weiss stated. “I just developed and fostered a very strong love and respect for theater here.”

From the age of twelve to seventeen Weiss was constantly in and out of the theater, living and breathing in the culture that the place had to offer. Once she left she took that experience with her to her further experiences in college and performing in Chicago. Eventually - through her improve coach, her best friend, and Red Bull - Weiss had become a published playwright with TAMMY: A Coming of Age Story About a Girl Who is Part T-Rex. Her work has been performed in local theaters and high schools, but everything seemed to “come full circle” when Chicago Street Theatre picked it up to be performed earlier this year. Those series of events brought her back to Valpo to see her play be showcased right in the place where she had got her start.

“It’s really beautiful, and very emotional, experience to be back. I grew up with these people. I think that everything I do in Chicago I don’t think I would’ve done without my experience at Chicago Street. My voice developed strongly here because of the support from a lot of people here.” Weiss said. “Now I live in Chicago and I’m a working actor and writer - and that’s really, really cool. It’s also great to see that they still love me as much as I love them. It really reinstates the fact for me that you have the family you were born into and then you have the family that you chose and they chose you to be in. It’s a really beautiful gift.”

Though the experience of having TAMMY play at Chicago Street was an immeasurable experience alone, Weiss also stated that having a work of her own being received so warmly was something that left her speechless. Weiss explained that through her character Tammy, a frustrated and perplexed teenage girl, people of all ages and genders connected more strongly to her than expected.

“I didn’t realize the impact that it would have on people. I’m amazed that I’ve gotten the experience in making a difference in someone’s life. It’s always humbling; awesome; terrifying experience to see your work performed and reciprocated. It’s like you’re constantly on a rollercoaster.” Weiss explained. “Having a teenage boy come up to me and say that TAMMY had changed his life was the biggest honor that I will ever receive.”

In the end, talking about her experiences and tribulations between the years that she had left Valparaiso and the day she came back for her play was a sobering occasion.

“Having one of my plays published is a feeling that I’ll never forget. I published something! That’s a hard thing to do and it just kind of happened. Being back here with that now being something that I’ve accomplished is incredible. I will always remember this moment alone of having my play being performed at the theater that I love so much.” Weiss declared. “The journey that I’ve made so far with this play has been the biggest highlight of my artistic career so far.”

Wherever Weiss’ journey takes her next will surely be as incredible as the one she made to her first published play. Whether or not that will take her back to Valpo is anyone’s guess, but it's for certain that her experiences here will always come along with her.