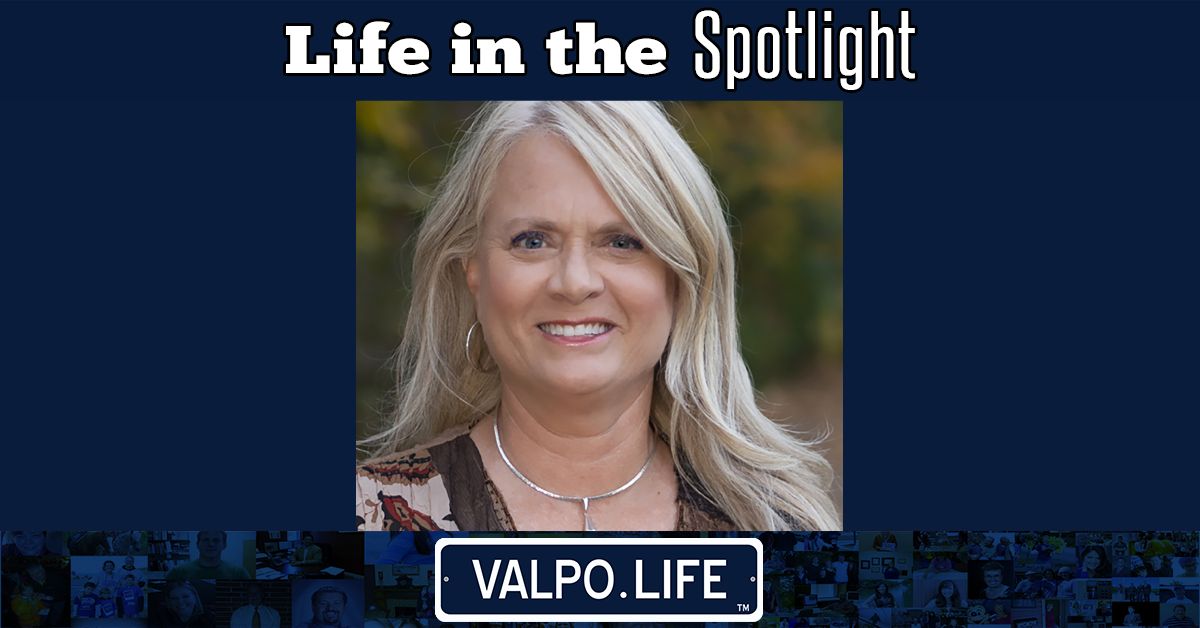 Having recently ended a 16-year service on the Union Township School Board, and now actively serving on the Advisory Board for Healthy Families, a program that assists families with young children, helping them get a start on a good life, Julie Giorgi has done a lot around The Region, and the Midwest.

Giorgi’s story of selfless service started in South Florida, where she grew up and lived until the age of 12. Before her teenage years came, she moved to Portage — though not the one here, but in Michigan.

From that point, Giorgi ventured to study at Miami University in Oxford, Ohio, earning herself a Bachelor of Arts in International Studies. At first thinking she wanted to work for the CIA, plans wound up changing for Giorgi as she went on to grab a job as a pharmaceutical salesperson.

However, Giorgi’s role there did not last long. It was her love for her husband and children that drove her out and away from it, all of it turning out for the better.

“I actually met my husband, Geoffrey, while I was studying in college. He grew up in The Region, so post-graduation I ended up settling here with him. This is where we started our family. When our kids were little, that’s when I went back to school for my master’s, thinking I was going to teach. All of that kind of changed around, too, and then I realized I wanted to be a stay-at-home mom. So I ended up serving on the school board for four terms. Staying on top of my kids’ education and being able to be involved with that part of their lives has always been so important to me, and that interest has extended to all children’s education, because equal public education is, I think, one of the hallmarks of the United States, our community, and our society,” she said.

Education as a whole, on both the state and local levels, is a valuable matter to Giorgi. And luckily for those she’s worked with, she’s been able to discern the current status of it all, realizing what needs to be done and how to proceed forth with the proper initiatives.

“For one thing, public education needs to be fully supported by the state, and it has not been for many years. I would really like to see the state legislators commit to fully funding public schools. We have a profession in crisis right now, with teachers. They're leaving the profession in droves because they're chronically underpaid and underappreciated. Nobody's going to educate your kids better than their teachers. My kids wouldn't be where they are today if I was their teacher. Instead of having the legislators dictate what they should be doing, let the teachers teach; they are well-educated professionals who understand all that goes into a successful classroom,” she said.

For Giorgi, the town around her and its prosperity has always mattered to the fullest, and recently, she was even in the running for Porter County Commissioner. Things may have not panned out in the way she had hoped, but the aspect of Giorgi’s personality that sets her apart from others is her indomitable sense of optimism.

“All of it was a great experience. It was a lot more work than I anticipated, and, in terms of running for a county-wide office, it is not for the faint of heart, since anyone in the county can vote for you. So with anything you’d do, you'd have to touch each individual area of the county, making it a lot of work. But I met a lot of fantastic people, and I made a lot of new friends that will probably be friends for life now, and so that was neat,” she said. “Obviously I was disappointed that I didn't win, but never say never. We'll see what the future holds.”

Aside from her pursuit of the improvement of the community, Giorgi passes the time doing an array of different activities: working out, running, reading, cooking. Her Australian Shepherd, Flynn, needs much exercise, so she’s constantly outside with him, as he plays with his herding ball. She’s also a huge singer, but don’t expect to find her singing publicly — only in the privacy of the car or the bedroom.

Giorgi’s three children and their personal successes mean the world to her. Her firstborn, Jenna, has a job with Live Nation Entertainment, which has permitted Giorgi to cross off a few artists on her want-to-see bucket list. Her middle child, Grant, is getting his Master’s in Biomedical Engineering, while her last-born, Elena, is a sophomore at the University of Alabama, majoring in News Media and Political Science.

All in all, Giorgi’s impact surely has been felt, and it is safe to say that she’s realized her purpose and what keeps her motivated.

“I would just say that I try to live my life in a positive manner, that I try to help people when and where I can. In all the things I've done, both the jobs that I've had, the volunteering that I've done, and even running for commissioner, those have all been my working toward that goal of trying to help people make their lives a little bit better, my trying to bring positivity, openness, thoughtfulness, and acceptance to all people,” she said.