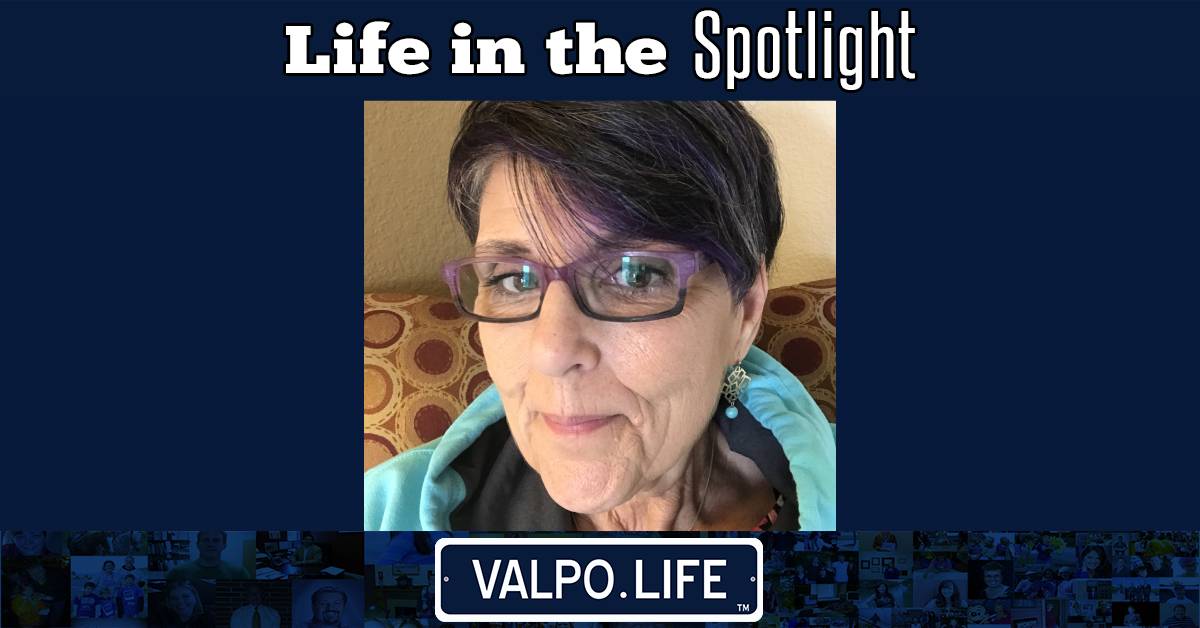 “To laugh often and much; to win the respect of intelligent people and the affection of children…to leave the world a better place…to know even one life has breathed easier because you have lived. This is to have succeeded.”

Success is largely a subjective term, and no one person’s definition is the same. For Kathy DeWitt of Valparaiso this quote from Ralph Waldo Emerson has been influential in how she defines her own success, and based on Emerson’s wise words she has led one successful life.

“I used to have this quote written on pottery I made years ago, but then we moved,” DeWitt laughed. “We moved, got rid of some stuff, and moved on; that’s how it goes.”

DeWitt and her husband made a series of moves over the years, living in Ohio, Washington D.C., Indianapolis, and Detroit before finally settling down in Valparaiso.

“We were really moving every three years or so for a long time, and when we finally settled down here by the third year I kept thinking, ‘Shouldn’t we be moving by now?’” DeWitt joked.

It was during her time in Indianapolis that DeWitt began her career in market research at Walker Information, where she worked in the telephone room and quickly discovered her love for the industry.

“Once I got a taste of market research, polling, and data, I was an addict, I’m telling you,” DeWitt said. “I loved the opportunity to see some things before they even went to market. It was always interesting to talk to people and see what they thought about certain products.”

DeWitt’s passion for market research followed her everywhere and settled down with her in the form of KLD Market Research Inc. in Valpo, where she served as owner and president. Here she continued to do what she loved and shared her experiences with the next generation of workers as well.

“When I owned KLD I employed a lot of high school and college students in the telephone room doing surveys, and I still have relationship with lots of those kids today,” DeWitt said. “One young man that worked in the phone room when he was 15 actually reached out to me on Facebook during the pandemic, and asked about some sourdough bread that I was making. We built such strong connections there, and that’s probably what I’m most grateful for.”

For 17 years DeWitt ran a successful business and inspired young people in the process, creating quite a stockpile of memories and stories along the way.

“We did work for Pizza Hut and when the kids turned 18 I would take them onsite to do interviews about their new pizzas,” DeWitt said. “I always told them that after completing those interviews, when they finally saw the pizza advertised on TV they would feel like they’d seen an old friend. They never believed me, but sure enough on the day that commercial aired they’d come running in and say, ‘Omg did you see the stuffed crust pizza?!’”

DeWitt eventually passed the torch to her daughter, who bought the company and renamed it JEM Research, LLC. Here she finished an impressive 35-year career in market research, propelled by her relentless drive and aptitude for going after what she wants, an attitude she carries with her today.

“I always say to myself, ‘if not now, when?’” DeWitt said. “I want to take advantage of the time I have and do the things I love to do in life.”

In her free time DeWitt also enjoys being a creator, adding her own unique flare to at home projects and artistic creations.

“I don’t like the word crafter, to me it just sounds like you took a tin can and turned it into a light or something, like there’s no artistry to it,” DeWitt laughed. “I really like fiber, and I sew quilts all the time, do weaving, and make rope baskets. I like things that are more modern, so I like to incorporate the big, the bold, and the weird into my quilting instead of the typical log cabins and flowers type style.”

In a world where opinions can sometimes make us question our decisions, DeWitt is an advocate for trusting one’s own judgement over the “shoulds” life inevitably throws our way.

“Another thing I always tell people, especially when someone might be critical of a particular path they’re choosing, is to talk to me in 20 years and tell me how it worked out,” DeWitt said. “I see this a lot with young parents, and I want them to understand that not everyone’s experience is the same. There is no one size fits all method to parenting, or to anything in life, and what works for them doesn’t necessarily work for you.

“Who knows, in 20 years your way of doing things might even work out better than their suggestions. Do what’s best for you, always.”