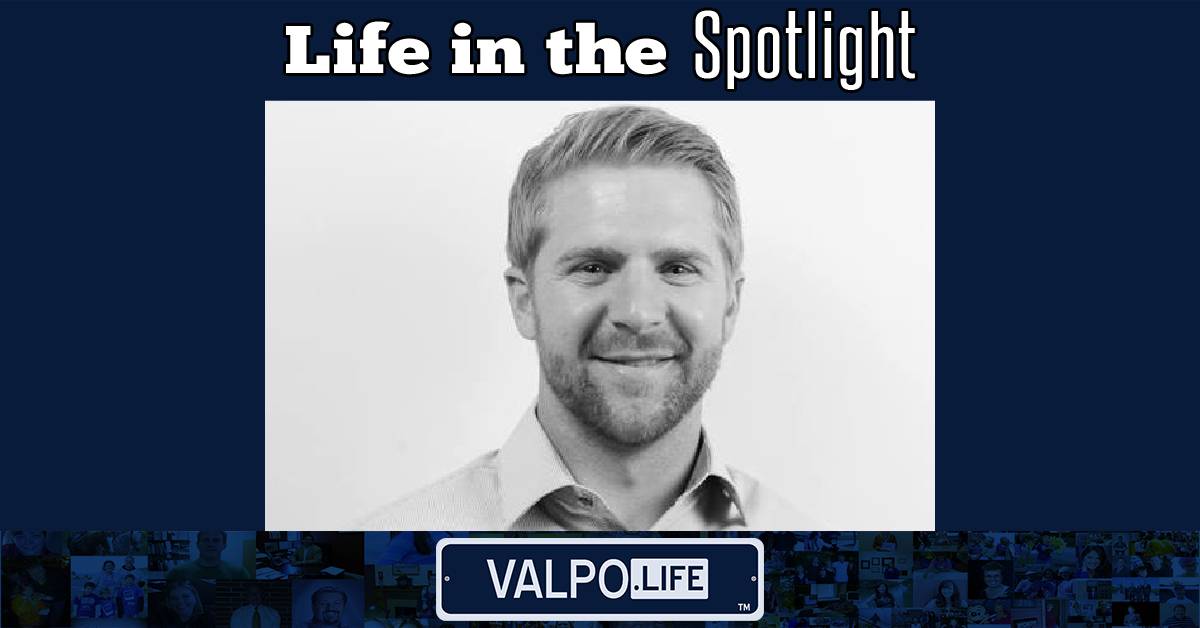 Kevin Nuppnau still has memories of running in Valparaiso’s famed Lit’l Kernel Puff Race with his brothers when he was just a little kid, followed by the Popcorn Panic as a teenager. Life dealt him one of those rare, full-circle moments when he watched the same races just a couple weeks ago, this time as a member of the team that helped organize the event. Nuppnau serves as business operations director for Valpo Parks and has been influencing his hometown’s traditions since April of 2018.

“I always knew I wanted to come back to my community and contribute to the place I came from,” he said.

Nuppnau received his bachelor’s degree in sports management from Valparaiso and his master’s in sports administration from Northwestern University. For five years, he lived and worked Chicago before realizing how important being close to his family and community was to him. His roots claimed him, and he commuted back and forth between the city and Valparaiso for a bit before deciding to scout for a career that would benefit his home region.

He was thrilled when he crossed paths with a chance to work for Valpo Parks.

“I’m really thankful for this opportunity,” he said. “Being able to give back, as an adult, to those programs I partook in as a kid and to help make them special experiences for kids and their families now, it’s really special. Standing downtown during the Popcorn Fest with the rest of the community, watching my own brothers’ kids run the races, it’s this wonderful, full-circle feeling.”

One of Nuppnau’s primary responsibilities is supporting the golf departments within Valpo Parks. The coincidence makes another lap: Nuppnau’s very first job was for the department-affiliated Creekside Golf Course, and his two brothers worked for Creekside and Forest Park Golf Course, too.

“It’s one of my favorite parts of my role,” Nuppnau said. “I learned so much working there, and now I’m especially committed to providing a quality experience for our golfers.”

Beyond the nostalgic thrill that accompanies Nuppnau’s job, there have been several opportunities for him to lend his expertise to the department.

“There are a lot of projects I’ve been able to get involved with that I’m really passionate about, and I’m fortunate enough to be able to shed some light on those areas based on my own life and previous work,” he said.

Such projects include the adult sports programs and the Valpo pathways. Always an active person, it’s no wonder Nuppnau thrives in career paths centered on athletics and the great outdoors. Even in his spare time, he plays on a competitive travel softball team with his brother.

A role in the parks department of his hometown is tailor-made for Nuppnau, but he said the department itself has an added edge.

“For me, it’s about being around people—good, positive people,” he said. “I’m fortunate enough to have the opportunity to work with those kinds of people every day.”

And when it comes to Valparaiso, there’s an appeal for Nuppnau that extends beyond the confines of his family history and upbringing.

“Valparaiso is vibrant and progressive. Every day, this community pushes the boundaries to be better than it was the day before,” he said. “I try to live my own life that way.”