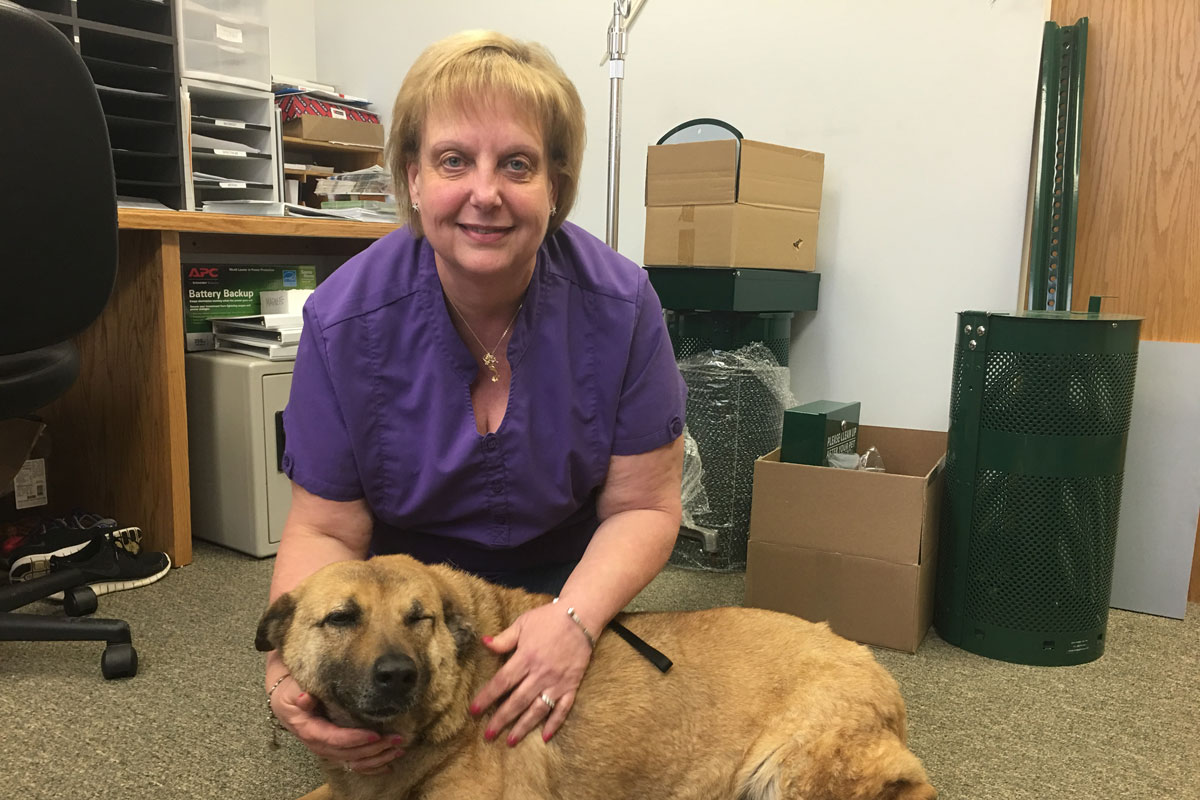 The pack is composed of a group of tough survivors. They have been through a lot, have been afraid, feared, and now are living in happiness on the three-parcel land area in Westville with their leader, Kris Shultz. There are two blind pups, a skinny greyhound with a bad leg, an Egyptian rescue with the translated name of Mercy, and a house of feral cats who lodge in the backyard. These four-legged animals are the “undesirables” as some may say, but, for Shultz and her husband, they are family.

Shultz grew up in Valparaiso, began working at a pet shop while still in high school and has been working at the McAfee Animal Hospital for the last 32 years.

“I have always loved animals, always,” she said.

Shultz began by filling a combination of positions at the clinic. Over the years, she began taking classes to certify in surgical procedures, and now she is a surgical tech.

She has committed her life to saving animals, going beyond the U.S.A borders to make a difference, and give a voice to those who don’t have much of a chance without her.

In 2008, she and her husband vacationed in Egypt and what caught her eye more than the pyramids were the abused, mangy animals crawling through the streets.

She said the health of animals is poor and the financial situations of most people are not good enough to care for animals. The compassion toward animals is not the same, she explained, and the dogs on the street – a breed called Baladi, which means “Egyptian street dog” – are considered dirty and unwanted.

“To see the animals was really sad so I contacted a shelter and, three years ago, I started volunteering there,” she said.

Shultz began traveling to the Egyptian Society for Mercy to Animals every year to volunteer, donate for medical procedures and supplies, and to bring back animals, and find them a home in the U.S.

“I volunteer while I’m there and I have to pick out the dogs to bring back,” she said. “ESMA has over 1,200 animals and I can only travel at most with seven at a time.”

Shultz is allowed only a few crates and one carry-on, and the decision to pick seven and leave the rest destroys her each time, she said.

“If we have a home for something already, then I bring them, and then I just pick the dog based on the medical needs,” she said. “I bring the ones who need surgery because they (ESMA) can’t afford it there.” 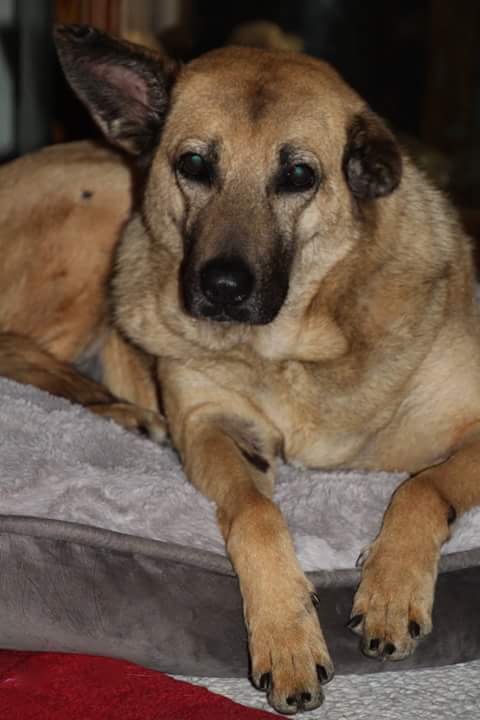 Shultz brings every dog back to the McAfee Hospital where she pays for any medical needs the dog has. Then, she sends the dogs to a shelter in either Iowa or Michigan, where she has friends who help find homes for the dogs.

“I have probably brought back 40 to 50 in total and from the last three groups the shelters have found homes for all but two,” she said.

Shultz does get some help from the employee discount and through donations collected by the shelters, but costs of every surgery, travel, and the supplies needed to house animals are all funded from her own pocket.

“I admire anyone who works in rescues and shelters,” she said. “It is a lot of work.”

It is 24/7 work that draws her to her phone during vacation and has her flying back to Egypt several times a year. But, according to Shultz, that look of a happy dog in their new home makes it all worth it.

In Egypt, she sees horrific, unbelievably sad cases of dogs being abused and tortured, but, back at home, the case of the unwanted pet is just as bad.

“It (the number of unwanted animals) is getting worse,” she said. “People don’t see that they are your pets. People think of them as disposable.”

At home, Shultz and her husband care for a family of four-legged kids. They are constantly taking in foster animals, trying to limit the number of dogs she keeps at home at 10, but that is sometimes not the case.

Shultz works with Jeff Coggins of the American Greyhound Association and adopted one of her dogs from the organization. She also works part-time at Engstrom Jewelers, whose owner, Greg Engstrom, supports her Polar Plunge campaign for the greyhound organization.

She has worked with Pilots and Paws, and has friends who help donate when there are tough cases.

Plus, she said the doctors and staff at McAfee are amazing and always go above and beyond to help with the surgeries for the dogs.

Shultz looks upon each abused, sad dog with tears in her eyes. She sees the pain in their own eyes and the dirt on their knotted, hairless coats. When she saw Rahma, she wasn’t able to take her with because the shelter staff was not sure the dog would live through the travel.

“She ended up living and they sent her two months later to me,” she said.

On Monday, Rahma walked through the door of the vet clinic, sniffed the familiar office, and laid down for a short nap while her owner stood over her.