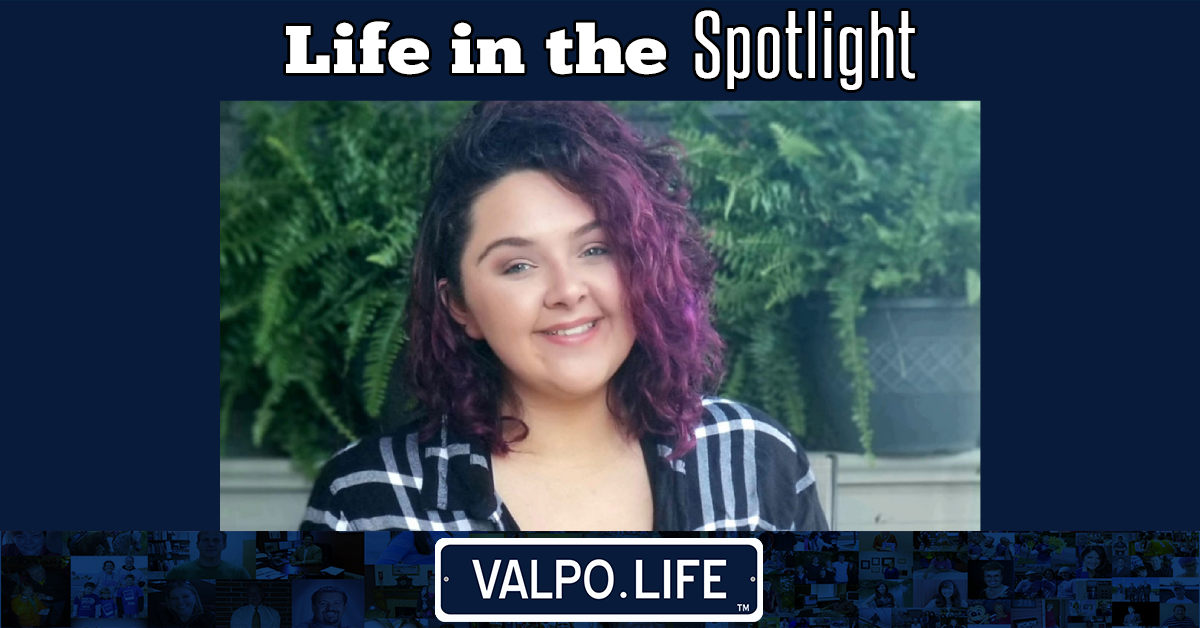 Animals and taking care of animals is one of the biggest passions for Valparaiso resident Maddie Royter. As the acting Office Administrator and Event Coordinator for Lakeshore Paws, Royter makes an impact not only with the animals she works with but also in her surrounding community.

Royter, a native of Clearwater, Kansas, spent the majority of her childhood with her little sister, friends, and plenty of animals.

“I grew up in a rural town in Kansas, so me, my little sister and friends would always go out and catch frogs, turtles, and toads,” Royter said. “We would always release them of course, but only after we all begged and pleaded with our parents to let us keep them.”

Royter reflected on her childhood obsession for watching The Animal Planet and Discovery Channel and how much she enjoying learning all of the fun facts about the different animal species. She often found herself watching documentary after documentary because she loved interacting and learning about animals and wildlife.

Growing up, Royter and her family lived in a handful of states but considered Clearwater their home. That is until her family packed up and made the move to Kouts in the summer of 2009. Not only did Royter’s mom grow up in Northwest Indiana, but she also had family that lived in Merrillville, Hobart, and Kouts.

“When I was young I had family that lived in the area, it naturally made the move a lot easier for my family and I,” Royter said.

Royter graduated from Kouts High School in 2014 and made the move to Valparaiso where she’s been ever since. Once the new move was made, Royter went on to attend college and find her passion in life.

“I graduated and went on to college like many people do,” Royter said. “In between graduation and now I took time to explore my passions and got the opportunity to work at Le Roc Salon and Body Bar in Valparaiso. It was there that I was truly given the opportunity to grow, learn, and flourish.”

From a young age Royter has believed that getting where you want in life requires hard work. It is also important to love what you do and consistently have a positive attitude.

Royter went onto reflect that, “I took what I had learned from my childhood, through my education, and my time at Le Roc and made sure to apply it to my career, which has ultimately landed me into the position that I am in today.”

Royter is involved in her community through animal rescue and adoption, a profession that leaves her feeling fulfilled at the end of the day. While it may have its hardships, the reward of helping animals and providing them the love and attention they need is perfect for Royter.

“At times this job is can be very emotional,” said Royter. “But on the other side of things it is just so rewarding to see the rehabilitation that can come from love and happiness.”

Community service and activism are both important aspects in Royter’s life. She believes that giving back to ones community will help it to grow and thrive while creating a stronger community for all.

Royter hopes to continue her community involvement through Lakeshore Paws, consistently searching for new programs to get involved in, and hopes to one day become an entrepreneur and open up her own salon.

“It is so easy to smile at a stranger, say genuinely kind things, and for people to be positive,” stated Royter. “I’ve come to realize that where I work that it is more like the animals are in the business of rescuing people, and I would love to continue being in this position making a difference. I truly believe that if you put out kindness into the world, good things will be drawn to you.”