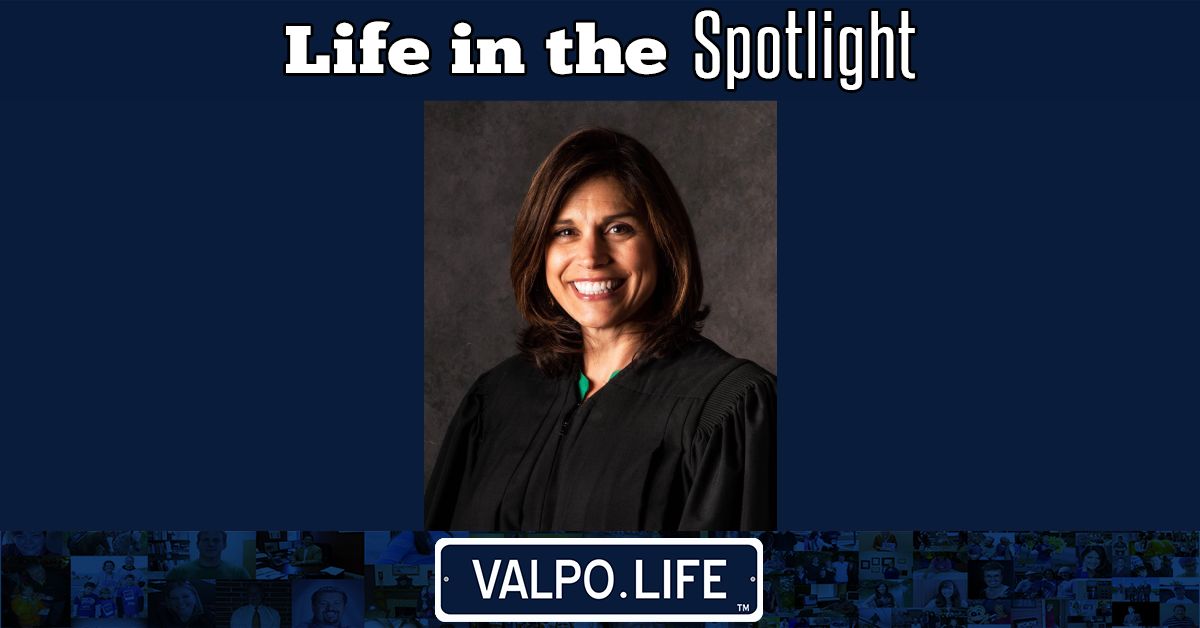 At WMU, DeBoer double majored in criminal justice and political science; and had originally intended to be a police officer. During her junior year at WMU, DeBoer realized that she loved the academic aspect of her majors and considered pursuing a law degree. In 1989 DeBoer graduated with a double bachelor's degree from WMU and decided to apply for law schools.

In 1990, DeBoer began her law education at Valparaiso University (VU). During those three years of law school, DeBoer’s infatuation for law deepend and she realized that she was doing what she was meant to do.

“I love the law. I feel like I have a lot of energy, and with that, I can bring a lot of good things to the community,” said DeBoer.

In 1993, DeBoer graduated from VU and was excited to begin her career in the justice system. After law school she decided to become a prosecutor in Starke County, and later Porter County, making DeBoer’s time served as a prosecutor, 13 years.

During DeBoer’s time as Magistrate Judge, her caseload primarily consisted of divorce and probate cases. To DeBoer, being a Magistrate Judge was a super educational experience and a position she was so happy to be in.

In the middle of 2019, DeBoer found out that the position she would receive a few months later was having an opening (Circuit Court Judge). So she decided to put her name in the election box on a whim. DeBoer camigned, went door-to-door, and met as many people as possible to make her whim turned dream come true.

During her vacation in late 2019, DeBoer found out she was appointed to the Circuit Court job and was beyond honored and thrilled.

“I was by the pool and I got a call. I was absolutely excited, proud, and a little scared to be honest. I was so completely moved that Governor Holcomb chose me,” said DeBoer.

DeBoer was even more thrilled when she found out that not only did she get the appointment from the Governor, but she won the election by 11,000 votes. This news made DeBoer extremely happy.

In 2020, DeBoer officially became the Circuit Court Judge and was excited to start her next adventure in the judicial system. As a Circuit Court Judge, DeBoer deals with high level felony cases, civil cases, human resources, and all of the juvenile justice system.

Out of all the jobs DeBoer does, she finds her favorite part to be the job itself: judging cases fairly, doing what’s best for each case, and making a positive impact on all of her cases.

“Being a judge gives me the best ability for resolution and peace. I love being able to bring resolution. I also love being on the juvenile courts, because I feel like I can have a positive impact on them,” DeBoer said.

When DeBoer looks back at her progression in the justice system, she is grateful for everyone who helped her, but one person particularly stands out to her: Indiana Court of Appeals Chief Judge Nancy Vaidik.

“During my time as a magistrate judge, Vaidik approached me one day and said I should start applying for vacancies on the Indiana Appeals Court, or the Indiana Supreme Court, because so many people were leaving the courts. Her words of encouragement made me realize I can do anything, that I was capable of being on those high courts.” said DeBoer.

Aside from being the Circuit Court Judge, DeBoer lives a life of artistry. For many years, DeBoer has been a part of several musicals and plays, and has done a total of 45. One of her favorite plays she’s participated in is ‘A Flea in Her Ear’. DeBoer has also won two Supporting Actress awards and one Lead Actress from the Northwest Indiana Excellence in Theatre Foundation (NIETF).

Currently, DeBoer is practicing for her new lead part, Olive, in the play, ‘The Odd Couple.' This play is originally set with two male leads, but her community theater has decided to cast two female leads. DeBoer is super excited to get back into doing plays and cannot wait for the opening night in April.