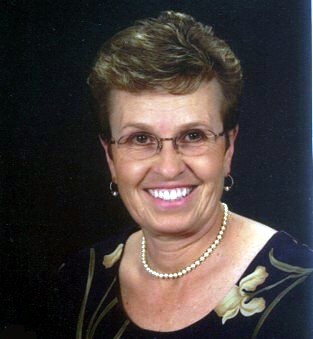 A resident of Valpo since 1965, Mary Spruitenburg has always stayed devoted to Indiana, growing up and raising a family here. Now that she is retired and her son and daughter, Scott and Susan, are grown and living their own lives, Spruitenburg has much more time to spend helping her community.

Before she retired, Spruitenburg worked a variety of jobs and continues to help out in a variety of ways. Previously, she worked at First National Bank, Valparaiso University, and Moeller Funeral Home. Now, her days are much more relaxed, with plenty of time to do anything she needs or wants to accomplish. From time to time, she does some bookwork for her nephew's convenience store and helps out with her brother's business, Ben's Soft Pretzels, taking care of any social events they might put on.

With her new abundance of free time, Spruitenburg volunteers with many organizations. One of her main pastimes is the Calumet Crank Club, where she can ride her bicycle as much as she wants. She also volunteers of the Valpo Kiwanis Club that meets at noon. Spruitenburg has been a volunteer with the Valpo Kiwanis for over nineteen years, and has had perfect attendance the entire time, helping out with as many things as she can. She has served as a past president, past Lieutenant Governor of the Duneland division, and past co-chair of the Indiana convention. Spruitenburg currently serves with the Porter County Action Club, which is a Kiwanis club for the clients of Opportunity Enterprises, volunteers with Meals on Wheels through Kiwanis, serves as a part of the membership committee, serves on the induction committee, serves on the club meeting committee, and has had top sales for pancake breakfast fundraisers and fruit sales. Spruitenburg spends a lot of time volunteering at her church, First United Methodist, as well where her responsibilities range from ushering for the past fifteen years to singing in the choir to serving funeral dinners, and helping with anything else that needs to be done. She has also been a part of a mission ship to the Midwest Distribution Center in Illinois, where she helped pack items to be sent to flood victims, tornado victims, victims of natural disasters in other countries, etc.

"It's very rewarding to do this," Spruitenburg said, "to give back to people who so desperately need the simplest of things."

Spruitenburg has also joined a Sing-A-Long group that travels to three different nursing home, twice a month, to sing with the patients and staff. They try to keep the songs themed, and easy to follow along, such as singing patriotic themed songs, like Yankee Doodle Dandy," for Memorial Day coming up, or religious songs that the patients grew up singing.

"It's wonderful to get to go in and sings with the patients," Spruitenburg said. "Many of the patients suffer from diseases like Alzheimer's and we will see them mouthing the words along with the other patients. It's just such a great thing to get to see and be a part of."

When Spruitenburg isn't working part-time or volunteering with various organizations, she still spends a lot of time on her bike. After having to give up running back in 1993, she became interested in cycling, and has since completed fifteen centuries (riding one hundred miles in one day), and several week-long bike trips in Illinois, Michigan, Indiana, and Wisconsin. Spruitenburg remains very active, exercising every day at the local YMCA, and is finding her reading niche. She loves to send cards for every occasion to her friends and family, and visits with her family as often as she can.