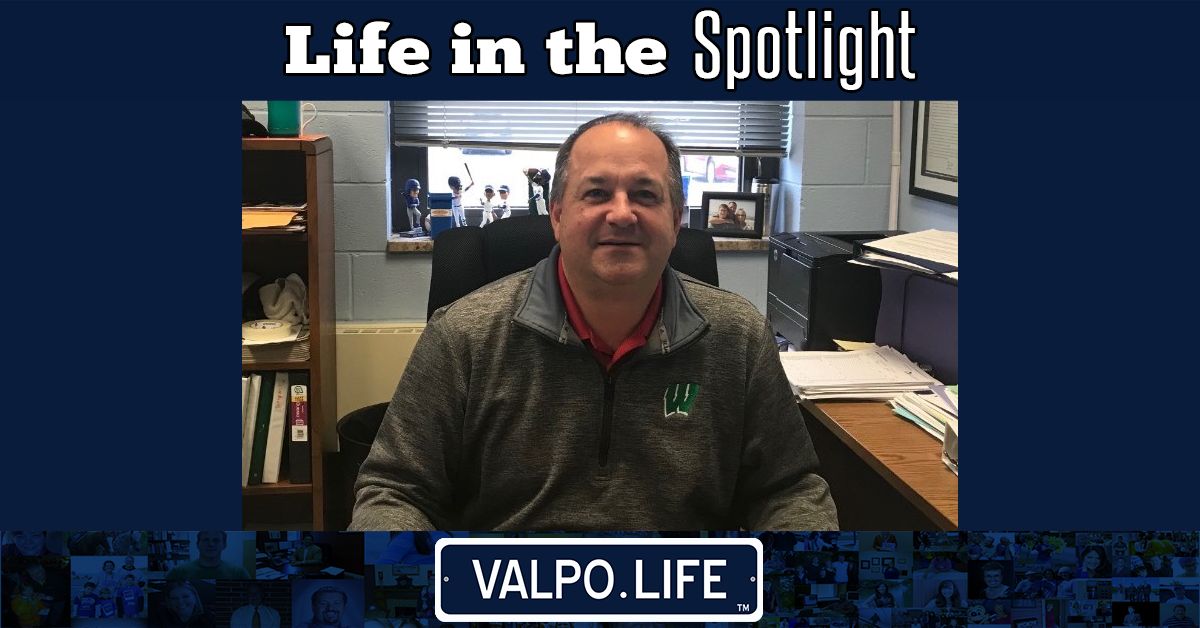 Guidance Counselor Michael Rosta has been in the Region all of his life and still lives in the same area where he grew up. He attended Andrean High School, playing tennis throughout his four years there, which is something that led him to another position he holds at the school: coach.

“I’ve stayed local. After graduating high school, I was at Purdue University Northwest (PNW) and Valparaiso University (VU), so I was always around the area, and then I actually went back to and worked at Andrean for a while, helping out as a coach when I was only 21, but I eventually ended up here at Wheeler, where they needed a tennis coach, so I've been doing that here for about fourteen years,” he said.

More than anything else, it was a chilling encounter with a rodent during college that turned Rosta away from leading the life he originally intended to.

“I’ve actually taken a roundabout way to get to where I am today. I started out wanting to be a child psychologist, so I took a psychology class at VU. I'll never forget being in a lab and having to work with rats,” said Rosta. “You can ask my wife and my kids: mice make the hair on the back of my neck stand right up. I knew there was no way I was going to survive in that field, so I shifted from psychology to social work, graduating with a degree in the latter subject. I worked in Union Township for a couple of years as a homeschool advisor in the elementary schools, and then went back to school to get my master's at IUPUI.”

After attaining his master’s, Rosta found an open position as an admissions counselor at Valparaiso University, working there for two years and traveling all about the states neighboring Indiana, enjoying the process of it all.

One day, though, 25 years ago, he received a call from one of Wheeler’s board members who asked him if he’d like to work as the school’s first master’s-level social worker. Rosta proceeded to spend some time at the middle school since there was a need for a dean of students.

In the meantime, he returned to PNW to get his counselor’s license, but there was an issue. Rosta had never served as a teacher, something normally needed to be done to get the proper licensing. Nevertheless, he found a way to share all of his qualifications and was fortunately able to enter the program. What’s most important is that, despite all the hassle, Rosta got to where he wants to be.

Rosta’s been presented with the opportunity to establish a more intimate relationship with each and every student that he’s assigned thanks to Wheeler’s size. Throughout the years, he’s quickly learned what matters most to him about the job as a whole.

“I love when I run into students ten years down the line. I still talk to some of my tennis players that graduated years ago. When they're in town, we still get together and have lunch or something. I love hearing all of the success stories; I love seeing them with their kids. A couple weeks ago when I was in Walmart, I had a kid look at me and go, ‘Mr Rosta?’ and ask me if I remember them. Of course I do! That's what it’s all about for me, seeing what they've done with their life,” he said. “My hope is that I’ve helped them get to a point that presents them happiness down the road, that they get into whichever program they want, and that they're doing it because it's a career of their choice, not just a job. I want every student to enjoy what they're doing, and my hope is that I can lead them in that direction, whether they’re still in high school or not.”

Rosta’s been lucky, too. When he came to Wheeler, he was granted a lot of leeway to pursue and order the programs he wanted. He’s been a huge contributor to the Natural Helpers program, a peer-counseling service offered from and to students in order for them to understand one another. On top of that, this Christmas, he’ll be running his 25th Lunch with Santa, a luncheon Rosta organizes at the high school for many families who need supplies such as clothing items. He also gifts the children of those families any toy of their choice.

“Those two programs are the things that keep me coming back. When you run into the families or the kids that you helped and see how much you helped them, there seems to be nothing greater. I'm 55 years old and keep on thinking about how much longer I’m going to do this. I laugh about it from time to time because my granddaughter is in kindergarten, and when she finally walks across the stage, I'll be 67. I would like to be able to give her a diploma and then hand in my resignation,” said Rosta. “People ask me, ‘You want to do this for 12 more years?’ I do. I really look forward to getting up in the morning because I love the people I work with, and I love the kids in my building. I love what I do, and that's what I try to teach my kids. You want to find a job that you love to do, that you're passionate about,”

Aside from all of the tremendous work he does in and outside of the school, Rosta still indulges in a bit of bartending, a skill he picked up when he was 21. He also enjoys playing on any given golf course in the area and watching the Chicago Cubs and Minnesota Vikings.

Rosta’s family is incredibly important to him, and he considers himself lucky to have such a close bond with his three brothers and both of his parents. One thing he remembers with glee are the times he used to play Wiffle ball with his father and brothers in the backyard. Additionally, his wife is a two-time breast cancer survivor, and his passion for her has driven him to advocate for the awareness of the affliction through the Pink Ribbon Society of Northwest Indiana.

It’s entirely clear that Rosta’s genuine care for everyone around him is never below the surface, and he’s one for the close-knit vibe of Union Township.

“I moved into Union Township because I wanted my son to be able to go to school here. I’ve grown to love the fact that he and I can come into town and go places where we run into people we know who are like our family. We know a lot of people, and it's benefited both us and everyone around us. To me, this really is our home, and it helps that the school is the center of it. It's become my family. The kids who I keep seeing in here, who keep popping in, they're the ones who I see every day, and we joke and laugh all the time. That’s why I'm still here, and why I'm gonna stay here,” he said.