For this week’s Life in the Spotlight, Valparaiso University Men’s Soccer Head Coach, Mike Avery, soccer has always been a part of his life. The game has been in his blood since he was four, living in the San Jose area and playing for his neighborhood team, “Las Pulgas.”

Avery’s love for the game, and skill at performing it, has taken him all over the world through playing professionally and coaching. Now, ten years into coaching at Valpo, Avery says there’s no place he would rather be.

“We have been a lot of places, but there is no doubt that this community is my favorite,” Avery told IIMM. "Plus, it’s very rare to be anywhere and have such a unique opportunity like the one my wife and I have here.”

That opportunity, Avery says, is the chance for both him and his wife, Carin, to coach at the same university. It’s a little twist of fate that you rarely see in Division 1 sports, but something that means the world to a husband and wife who see sports and family as two of their greatest loves.

And Avery appreciates not only the opportunity the university has provided him and his wife, but also the welcoming nature of the school and its student athletes, who have treated his entire family, including his two sons, K.J. and Alex, like one of their own.

“My kids coming to work is really one of my favorite parts of the job,” added Avery. “My boys are at an age where they appreciate and look up to the players now. It’s nice for them to be able to come into the locker room and interact with our players, and it’s nice for our players to be able to see me as ‘dad,’ and not just a coach.”

“Plus, it helps keeps the locker room a little more ‘PG,’ and that’s always a good thing, too.”

Avery’s love for family, whether that be his wife and kids at home or his symbolic family on the field, has always been an integral part of his decision-making process. And connecting his Valpo family with the community he loves so dearly, was one of the biggest motivators in Valpo Soccer’s #OneVALPO social movement that aims to increase awareness of diversity and help bring Northwest Indiana together as one. 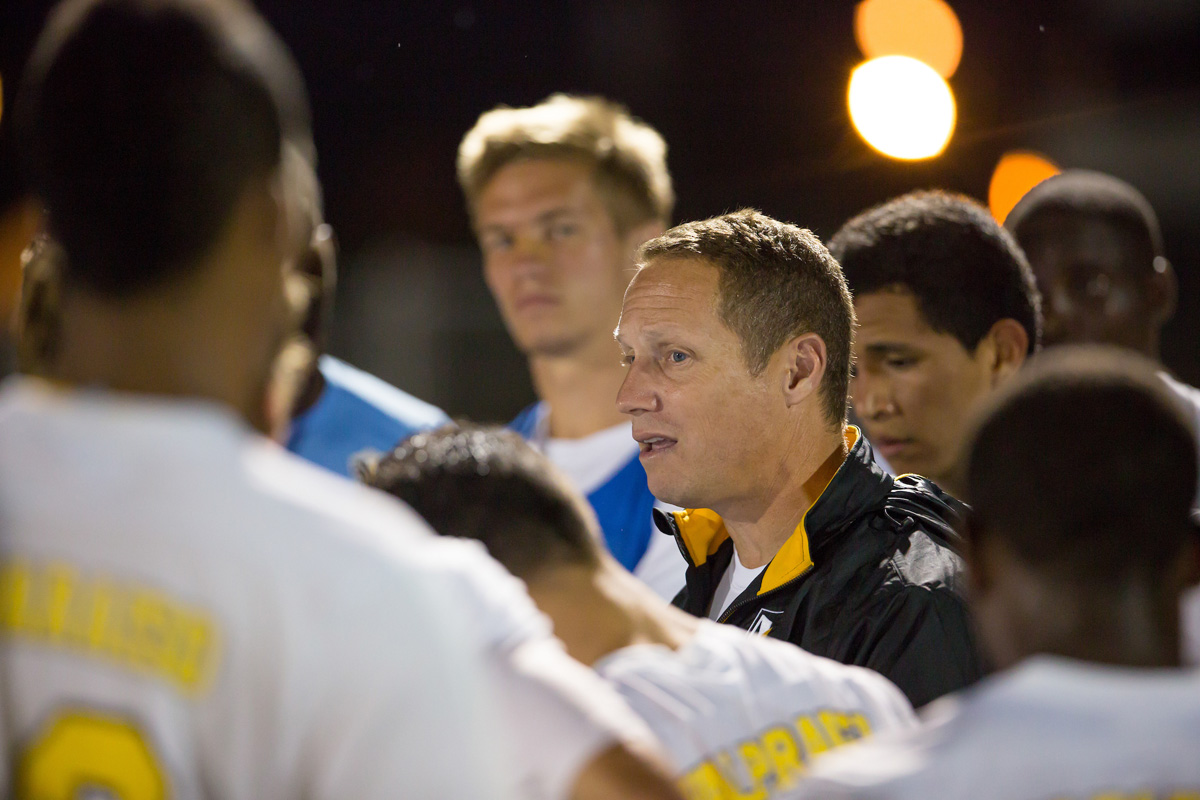 “Our team is very diverse, kind of uniquely so, and we came across a couple of situations where we were victims of racial abuse, verbally,” Avery told IIMM about the inception of #OneValpo. “It was tough for us to confront, so we tried to put a positive spin on a situation that may be difficult to talk about.”

What came as a result of this, says Avery, were necessary conversations about diversity, and a promise to come together as one family.

“At first, we just started taking pictures of ourselves, kind of saying ‘We are here, Valpo.’ It was amazing to see all the positive feedback we were getting, and all the likes, shares, and comments. So we decided to grow #OneVALPO a little more.”

What happened next, says Avery, was a lot of research, and eventually, the development of the “Valpo Promise,” which pledges respect, openness, and a celebration of the diversity in the community.

“Like any good college student, I did a ton of Googling and came across a San Diego State University promise that was a lot like the one we were trying to do. So, we called their staff and asked if we could use it and put our spin on it, and they told us to go for it.”

“We had hundreds and hundreds of people sign it. It was amazing to see the response from the school and the community.”

And if #OneVALPO changes the heart and mind of even just one person, says Avery, it’ll make a difference to a community and a school that means the world to him.

“I truly, truly believe that Valpo University is one of The Region’s best kept secrets.”

For those who want to get involved with #OneVALPO, here’s how you can join in on the conversation: