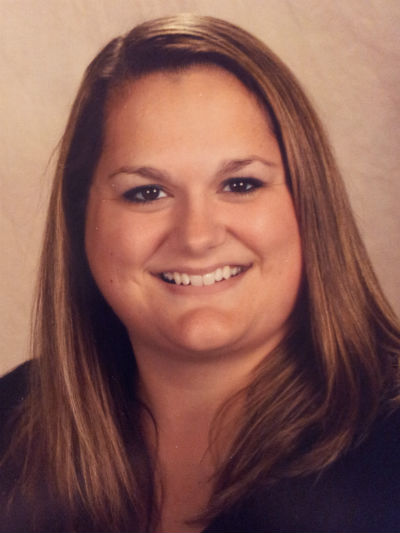 Everyone is different; from their fingerprints to their thought process to the way they learn. And I learned something new when interviewing this week's Valpo Life in the Spotlight. I learned about the unique teaching style that exists at a Montessori school. Monica Glass, who is a Director at the Montessori Academy of Valparaiso  guides the children in her community in the best way she knows how.

Born and raised in Valparaiso, IN, Glass has been a local from the very get go. She attended Memorial Elementary school, Benjamin Franklin Middle School, and then Valparaiso High School. Three months after graduation she was hired at the Montessori Academy of Valparaiso.

What caught Glass's interest for the school was a parent of a child that she had been babysitting. She went and received her certification at the North American Montessori Center, interviewed with the school, and has been with them since 2001.

“The beauty of Montessori is that we're not learning the letter 'b' at the same time, kids learn at their own pace... When I started learning about the Montessori method, I just saw the advancement of these kids and if we have the belief and patience and time to let them show us that they can do it on their own, it’s the most beautiful thing to see,” Glass said of the way her students learn.

The Montessori Method is a learning approach developed by Italian physician and educator named Maria Montessori. It is characterized by an emphasis on independence, freedom, and respect for a child’s natural physical, psychological, and social development. Students all learn at a pace that is comfortable for them, and the Director (a trained Montessori teacher) is there to guide them.

Something interesting about Montessori is that the classes have varying ages. Where Glass works, there is a toddler program that has 18 month olds to 3 years olds, and then a pre school program that has 3-6 year olds.

“Having all those ages allows a mentoring relationship. The older ones can show the younger ones what they know. It gives them a sense of responsibility, a sense of self worth and confidence,” Glass said. “Children resolve their own conflicts. They talk to each other and solve their own problems. When they get older they will use the skills they learned here.”

The sense of fulfillment that Glass gets from her career is one that cannot be matched by many.

“I absolutely love my job. I believe in the Montessori method so much,” Glass said. “...it’s a wonderful experience. It’s a beautiful community within a community.”

When she's not molding minds, Glass enjoys volunteering. During the holidays she volunteers at local nursing homes and spends time with residents.

In her free time, Glass dabbles in art. Her grandparents owned an art store in Valparaiso called Glass Art Store, and she spent a lot of time there when she was younger. She is also very into karaoke... hey, it's art in motion.

The advice that Glass wishes to end with:

“Laugh often and the Beatles said it best: let it be,” Glass said. "Don’t let disputes get in the way of your happiness. Keep you family close and God closer.”