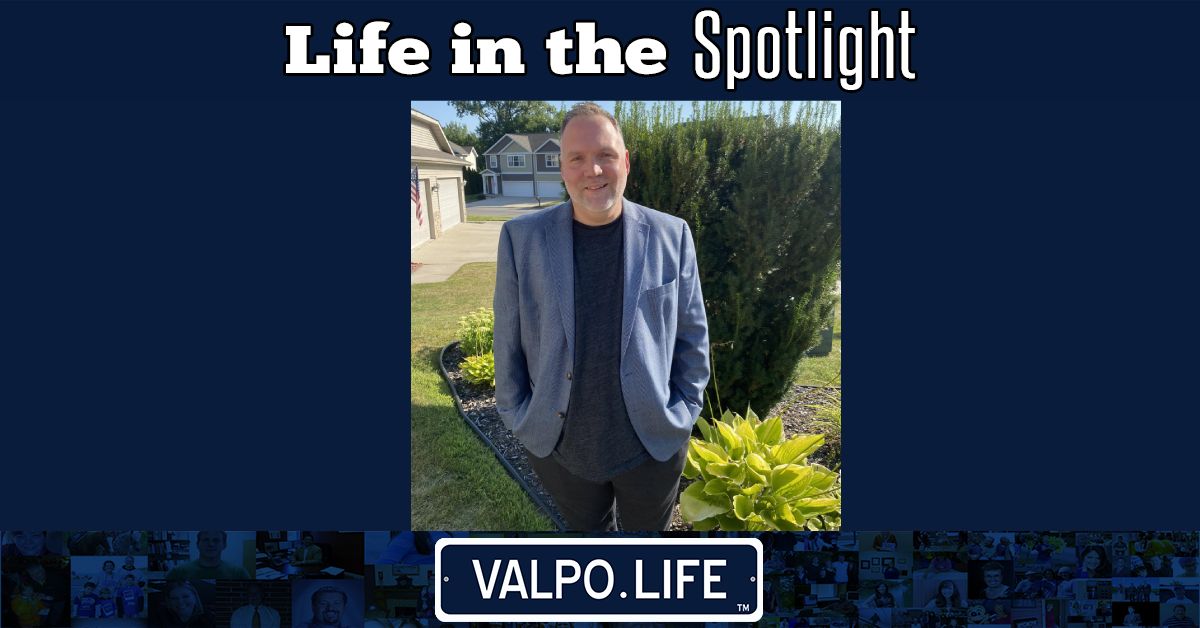 No matter where one spends their childhood, it's never certain they'll spend the rest of their life there. However, despite where life takes them, everyone's guaranteed to take a piece of their hometown with them, just as Milwaukee, Wisconsin native Paul Oren still considers himself to be a cheesehead through and through.

Just because he once resided in a different state doesn’t mean Oren never visited Indiana. His father was a Civil War reenactor, and as a father-son duo, the two used to drive down to Indianapolis for annual conventions. They would also visit Valparaiso, frequenting a little diner called Jimmy’s Cafe. These trips back and forth served as the groundwork for Oren’s relationship with the Region.

As his teen years started to tally up, the time was coming for Oren to make a decision about college — where he wanted to go, what he wanted to study. Remembering that pork tenderloin sandwich that took up an entire plate, Oren told his parents he was thinking about attending Valparaiso University. His father got a big grin on his face and said, “Jimmy’s.” There were, however, larger implications surrounding Oren moving on to the next chapter of his life.

Oren’s answer came to him while watching basketball in his last year of high school.

“Bryce Drew hit a three-pointer in the 1998 NCAA tournament to send Valpo to the Sweet Sixteen. I knew that that was an important moment, and that shot changed my life. I realized throughout the course of that year I wanted to get involved in journalism, and I wanted to do it somewhere I could cover sports. What better place than a school that I had known about as I had grown up, a school that had just had all this success on the national level?” he said.

“I thought, 'if I go to Valpo, I'll meet ESPN, get a chance to be on ESPN, because they'll be there.' I guess I thought ESPN was a human or something. I came to Valpo, and I loved it. I got involved with the campus radio station, WVUR, and with the student newspaper.”

Channeling the true definition of what it meant to be an active student, Oren dabbled in some theatre as well. When 2002 and post-graduation came around, after scavenging through what happened to be a harsh market for sports jobs at the time, Oren found a full-time job with a rock radio station in his hometown. Working at WLUM-FM allowed him to be close to his friends and family.

At the age of 25, Oren decided that he was no longer the guy for that job. He wanted to immerse himself in the world of sports once again. Luckily, he had still been in contact with someone at his alma mater, which opened up yet another fantastic opportunity.

“Around the time I left WLUM, my academic advisor from Valpo called me up and said, ‘Hey, we've got an opening to teach some radio classes; do you want to come and do this job?’ I laughed and said, ‘What do I know about teaching?’ My advisor told me that I had had a lot of good experiences, that I had a voice and would be able to resonate with the current students,” Oren said. “I told myself I’d do it and threw caution to the wind, finally coming back and making my return to Valpo. At the same time, the 'Northwest Indiana Times' was looking for a sports correspondent to join their team, and I thought that great for my entry back into sports journalism. It was all a bang-bang thing.”

“When I came here to start teaching in 2005, I thought I would do it for three years and then be on with my journalism career. What I found was I could do both. I loved teaching, I loved being a reporter, and I loved writing,” Oren said. “So, finally, late in 2021, I made the decision that I was going to walk away from traditional newspaper, the traditional media model, and I was going to launch a subscription-based website.”

Oren wrote for the Times for about 17 years. When he dropped the pen there, he started up his own publication, “The Victory Bell” newsletter. His joys have since been building and expanding with each day.

“I cover all Valparaiso University athletics, and it's been a bit different than traditional journalism. I know the people that follow me understand that I have a deep connection to the university I've spent almost half my life with. This last year has been the most fulfilling journalism year I've ever had. I think it's made me a better teacher as well, because I've been able to think about journalism a little bit differently, being able to tell some really fun and important stories. As the founder and lead editor, I get to decide what I want to cover which has allowed me to follow some really fun stories, and I’ve been getting great feedback so far,” he said.

In the midst of all the sports, Oren’s been sure to give time to other activities. This past summer, he participated in one of the World Series of Poker’s main events, and his success had many people awed at his natural ability as a competitor.

“I went out to Vegas and played in a play-in tournament for the World Series of Poker’s main events. Winning that, I actually ended up getting into the World Series of Poker, and I wound up beating 90% of the field, taking 826th place. It was one of the craziest experiences I've ever had in my life, with all the days of sunup-to-sundown poker. It was nice to have a pretty big following from the Region, too,” Oren said.

Something Oren’s always appreciated is the unity of the people of Valpo. He’s noticed it in how the University and the town as a whole constantly embrace each other.

With the long-term goal of writing a book about the history of Valparaiso University’s basketball team and a permanent wanderlust, the future is wide with possibilities for Oren. It’s only a matter of time before he does something incredible again.