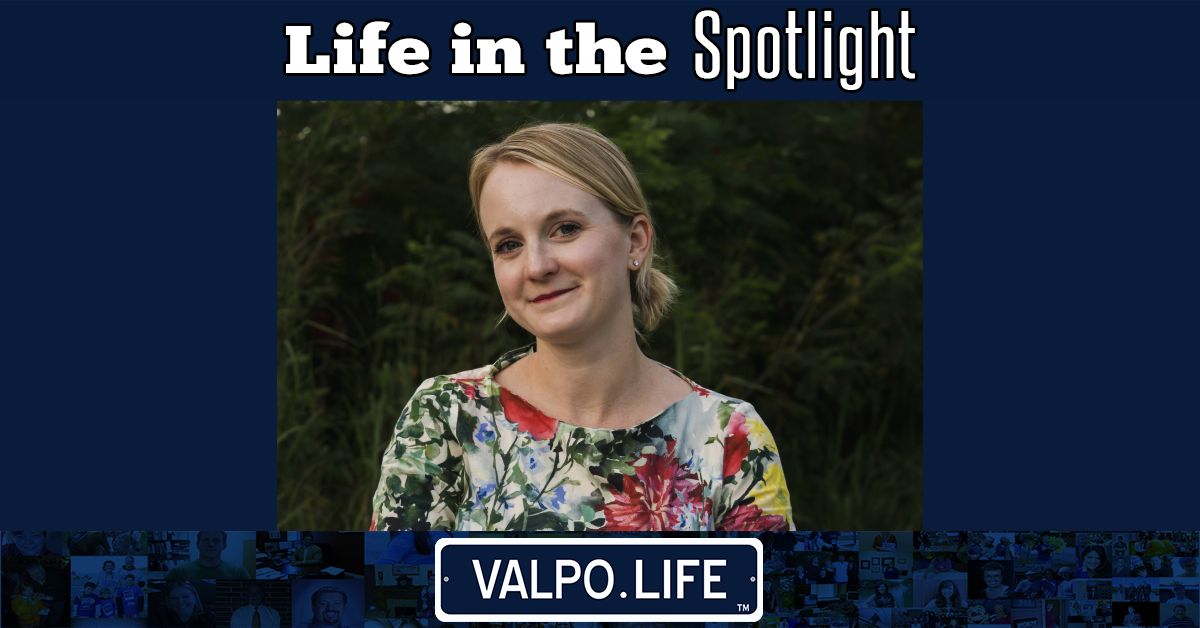 Director of Operations at Wee Care Child Development Center, Rebecca Thode was born and raised right in Chesterton, Indiana, meaning her home is not too far away from where she runs the business that’s been in her family for almost 40 years now.

However, her original stay here was one of a limited nature, as she moved away during her sophomore year of high school. Of all the things that could have catapulted her from The Region — a parent taking another job, the death of a loved one — what actually drove her move was ballet, a passion she’s possessed all of her life.

“Growing up, I did ballet, and I would even go and dance in Chicago six days a week. Even though I lived in Chesterton, I didn't really spend any time in Northwest Indiana. It was all downtown Chicago,” Thode said. “When my sophomore year came, I then had my first job as a professional dancer, which caused me to move to North Carolina, where I danced with North Carolina Dance Theatre — now called Charlotte Ballet. I danced with them until I was 18, then went to college. After graduating, I moved to Houston and really started getting into my professional career, more of the corporate world, so I retired as a professional dancer at 24 years old.”

Having returned to Indiana not too long ago and now married, raising a child, and working full-time, Thode’s priorities have shifted, changing to something else entirely. She feels the time for those real-life responsibilities has come, but that fact has not been something that’s hindered her. Instead, her ambition has shined through to the surface, and her hard-working mind is already set on the future.

One comfort for Thode is the privilege she’s had when it comes to ownership. In other words, because her family has owned and operated a business since the 1980s, she’s always been surrounded by her family in the workplace, thus this new endeavor of hers is something that impacts people because of the familial ease with which it is handled.

“I am actually in the process of starting a non-profit with my mom. Being a preschool owner, she was fortunate enough to see everything that was going on during the pandemic; she was fortunate enough to never have to close her schools entirely. One thing that she's seen and noticed is that there’s such a big lack of quality and affordable childcare throughout the United States. Starting the non-profit in Indiana, it could get bigger, and it would really help schools stay up to quality. Also, it would ease the burden on parents so they're able to have affordable childcare, so that they also know their kids are well-loved, taken care of, and taught each day,” Thode said.

Wanting children to be safe and to be in an encouraging environment where they can learn, thrive and develop all of the skills they need to continue living their lives, the compassion is already there with the for-profit Thode runs each day. Establishing the non-profit, then, would really be a matter of bridging the gap for her, as they both would turn into helpful entities that assist children in every tiny step of their young lives.

For Thode, most of her passions have transformed into work-related activities, so there’s a thin line between leisure and hustling. Still, she’s happy to be so close with her brother, who is her Irish twin, the two of them only being 11 months apart.

Again, family and friends are critical pieces of her life. Coming from Houston, too, they’re spread about the place, lengthening the links, truly going to show how the connections reach from coast to coast. In the midst of it all, Thode and her husband are at the center, becoming the usual hosts.

“Family is extremely important to me along with being close to them. My husband and I are extremely close to his family in Texas, and then really close with my family in Indiana as well. We're always the hosts for everything, and we love it — planning parties, having get-togethers, all of that,” she said. “It's really nice to have siblings all over the place, and what makes it better is that we're all very similar and close in age.”

Being extremely efficient, living in a community like Valpo is a convenient place to be since it’s full of active engagement and much to do and see. Ever since moving back to the Midwest, the former ways of life she once knew have flooded back into Thode’s head, reminding her of the steadiness one can’t really find in a big city.

“Being gone for about 15 years, what I've loved since moving back to the area is how I’ve just stepped back into the slower pace of things. Now I actually have the time to connect with the people around me. I moved from a very large, six million-person city, to a 30 thousand-person town,” she said. “It’s nice because, for example, we went into Evolution Artisan Confections the other day and just chatted with the person who was working in the shop for 30 minutes, and it was nice to be able to have the opportunity to do that. Coming from a huge city, you don't always get those opportunities.”

Being out in the tight-knit community is something Thode really loves, and she’s even getting ready to create a float for the upcoming Christmas parade in Chesterton. With that, she’s worked with small businesses, local designers, and other non-profit organizations in order to pack an entertaining punch with her creation. Soon enough, her creativity will be on display for all to see.