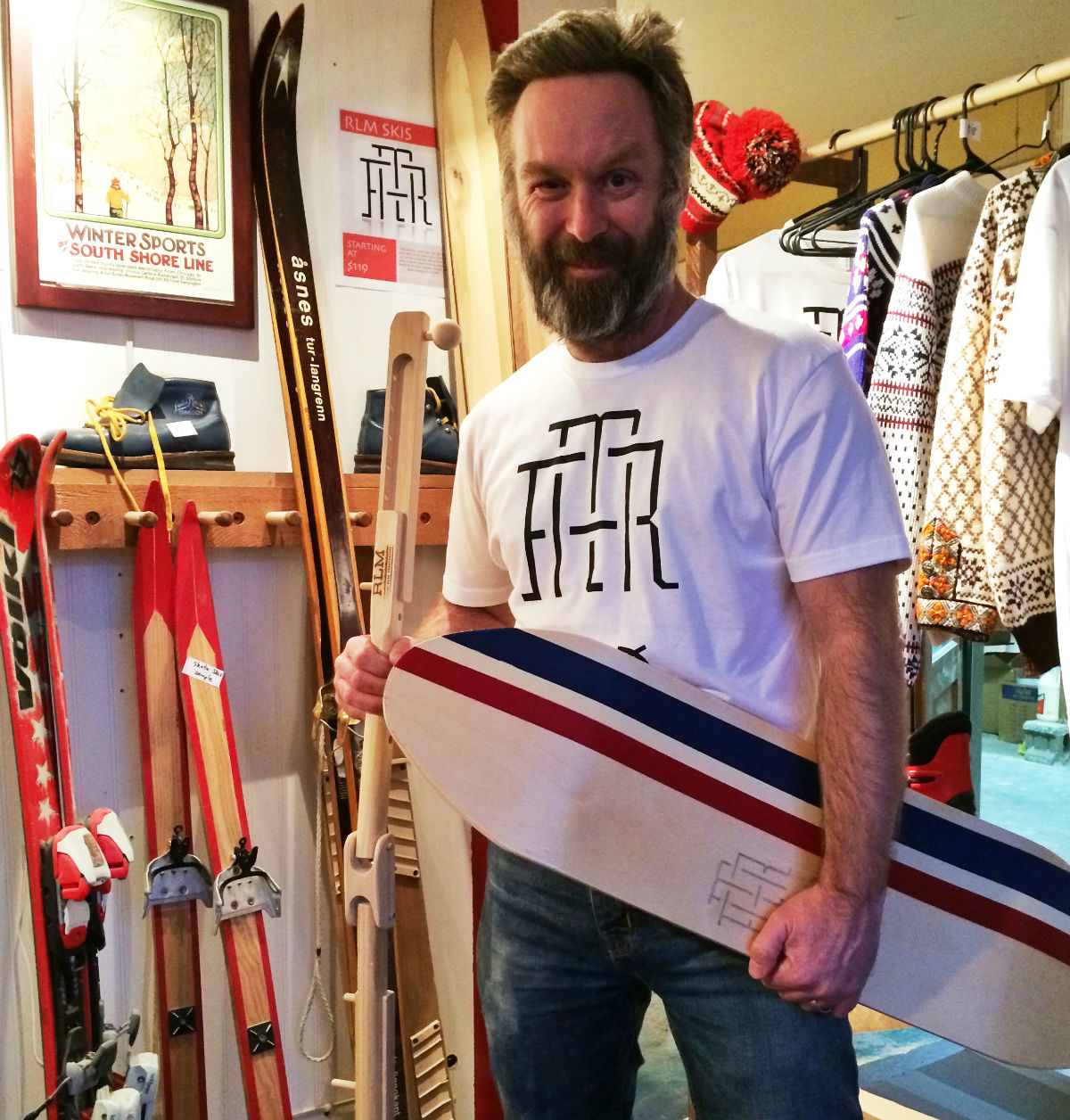 Born in Terre Haute, Richard Marrell grew up in Valparaiso surrounded by an entrepreneurial family. His parents had owned a store in Terre Haute, and his grandparents had owned Marrell's Restaurant (now Martini's), Top Drawer Resale (now Stacks Bar & Grill), and some apartments in the area. When he was seventeen, Marrell joined the Navy to be a Hospital Corpsman. During his time in the Navy, he was stationed in San Diego, California, Portsmouth, Virginia, and for an extended period of time at Bethesda Naval Hospital in Bethesda, Maryland.

"My original plan was to go to medical school after finishing my degree," Marrell said. "With two sons, I decided it would be better to do that with my family closer to me, so I moved back to Valparaiso in 1999."

Currently, Marrell is the owner of RLM Tissue Bank Prosthetics, which grew from humble beginnings in the basement of his house in 2003, as well as RLM Restoration and Woodworks. After the birth of his third son, Marrell decided to shelve the pursuit of his degree and started working for a transplant organization in Illinois, coordinating tissue retrieval from organ tissue donors throughout the upper two thirds of Illinois and Northwest Indiana. In his free time, he was constantly designing surgical tools that would improve the way operations could be done, so when he found the problem of the use of poly vinyl chloride in bone donors bound for cremation, he designed the first crematory friendly prosthetic system for cadaveric donors.

"We manufacture wooden products that are adjustable in length, modular and can replace bone from the arms, legs, pelvis, and spine following donation so that the deceased body can be transported from the hospital to the funeral home, and so that the body is aesthetically ready for viewing," Marrell said.

Growing up, Marrell has romanticized the idea of owning a business, because there seemed to be a freedom to it that other job options didn't offer. Over the years, the idea of owning his own business became more and more appealing. When he opened RLM Tissue Bank Prosthetics, the idea of expanding peaked his interest, resulting in RLM Restoration & Woodworks. The new part of the business has the idea to bring back old style, American made board sports. Whether or not these products become popular is not the goal, it is a committed exercise for Marrell's business to learn and expand.

"I've got a great team of seven people here, and we've has a lot of great experiences in the past eleven years. One of the most interesting was an opportunity that was given to us by Dominican University in Illinois," Marrell said. "They were in the process of clearing land for expansion of their campus. After seeing an article about RLM in the Chicago Tribune, they wanted to donate the trees to us. Following their gracious gift, I decided to stay in line with the transplant community and redistribute the wooden prosthetics we produced from this gift back to Illinois donors via Gift of Hope Organ & Tissue Donor Network. I thought it was a cool project Dominican University and RLM were able to collaborate on," Marrell said.

In his spare time, Marrell volunteers as a Board Governor for the Society of Innovators. In 2005, Marrell was approached by the Gerald I. Lamkin Center for Innovation & Entrepreneurship office of Ivy Tech Community College as a nominee for the Society Fellow. The following his induction in The Society, he joined the Board and now serves as Vice- Chairman.

"I found the program to be energizing, where like-minded people were being celebrated for their innovative approaches to problem solving," Marrell said. "It is our belief that the celebration of people that challenge the way things are done, move our region, and inspire others to take the leap of faith with their own ideas. What I've enjoyed most about volunteering for The Society is that I'm part of an organization that says anyone can be innovative. A lot of people want to take the step forward and solve one problem or another, but it is a matter of doing it and having the grit to make things happen. If you can find that within yourself, then you're already headed in the right direction."