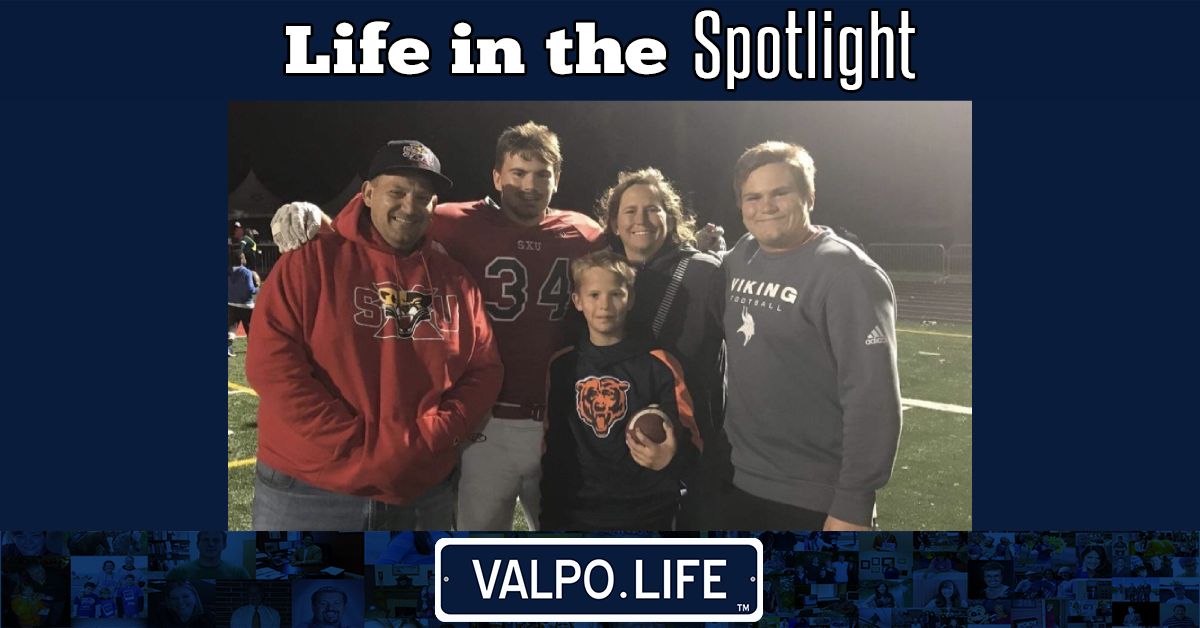 Through photographing football and teaching, Ruth Anne Olson has connected with family and developed a passion for capturing special moments.

Shortly after going to college in Illinois to be a teacher, Olson and her husband moved from Illinois to Indiana to start a family. Having difficulty finding a teaching job early on, she became the director for a daycare center. Following the birth of her first child, she obtained a job as a middle school math teacher at St. Paul Catholic School.

“One of the things that I think I love most is the challenge of trying to get students who don't necessarily have a fondness for math to find joy in it,” said Olson. “If they don't have that confidence, I like the challenge of proving them wrong and proving that they can do it and giving them that confidence, as they move into high school, as it translates to things in their lives as well.”

Olson’s interest in photography surfaced in her high school days where she took summer courses to fully assimilate the art.

“Photography was always interesting to me, and I couldn't wait to take the class,” said Olson. “I had a brother who was a triathlete, it just so happened that I did all of my projects on that. I followed him around that summer and took action shots of his sports.”

Olson continued to teach at St. Paul Catholic school until she had to suddenly resign due to her then 19-year-old son suffering a stroke.

“We didn't know how that all was going to play out,” said Olson. “In the fourth quarter of that year I missed so many days of school that I didn't feel it was fair to the students. So, I actually resigned not knowing the future.”

Following a successful surgery and phenomenal recovery by her son, Olson found another teaching job at Washington Township Middle School and has worked there since.

After high school, Olson didn’t use photography often until the opportunity to volunteer as a photographer for the Valparaiso High School football team came about with her son involved.

Olson and her husband are deeply rooted in football along with their sons. Taking pictures of them when they were young and continuing to capture moments today. Their oldest now graduated from college and the youngest now a sophomore in college.

“It’s absolutely amazing being able to have those memories with family. It's nice that as a family, even though they're not little kids anymore, we're not coaching, we can still be a part of their journey. Whether it's me helping out with football or being a photographer or teaching, I love what I do. And it's a joy to do all of it. I do it because I'm passionate about it,” said Olson.