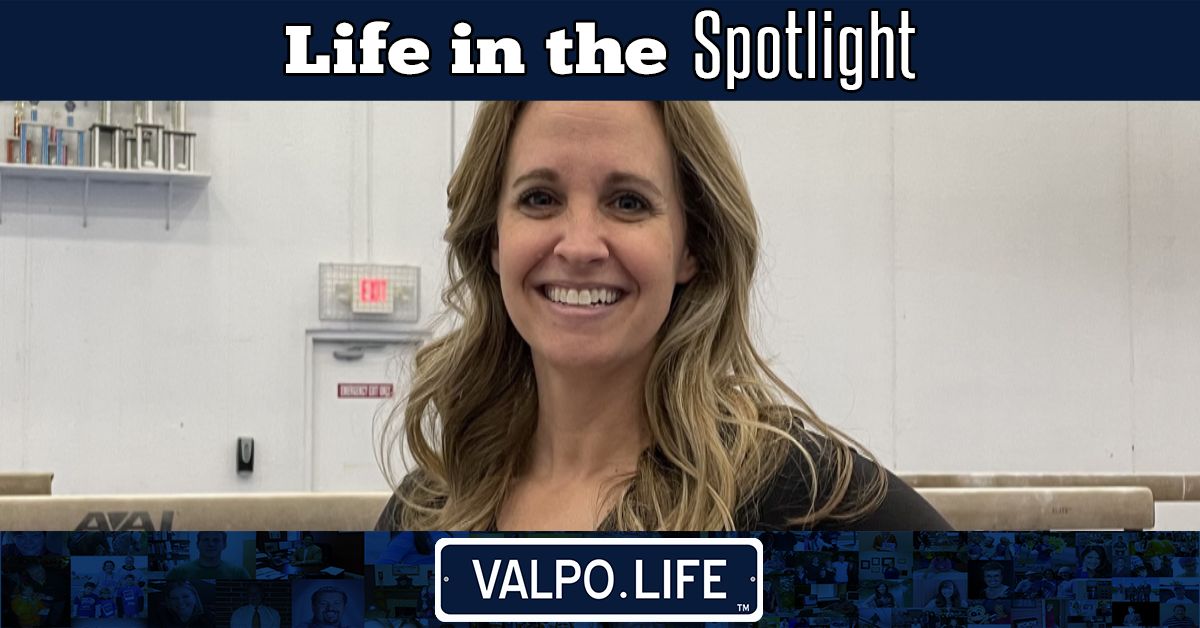 Sara Vega spent her time as a young adult practicing, studying, and perfecting the art of gymnastics. After getting injured her senior year as a level 10 gymnast, she decided that it was her time to be done with the sport, not knowing she would one day find her way back into the world of gymnastics.

Vega went to the University of Minnesota and received a degree in architectural design. She did design work for builders for a while after college, but she realized staying home with her three kids would be more beneficial for her family.

“Three kids later, it was more beneficial for me to stay home. Then my two little girls had gotten into dance and gymnastics. My oldest daughter, Liliana, was doing gymnastics and her group needed an extra coach because they had so many girls. Word got out that I was a former gymnast, and they asked me to do it,” Vega said. “I really never wanted to coach my kids, so I put it off for as long as I could. Then, I realized that they really did need somebody and they didn't have somebody so I kind of got roped into it, to be honest. It was not my intention to be back into coaching at all.”

After deciding to step up and coach her oldest daughter, Vega began to see the talent and passion for the sport coming from her youngest daughter and decided to continue coaching. Although it took some time to get back into the swing of things, helping out with a group a few times a week slowly turned into a full-time job for Vega.

“Obviously, things have changed. Equipment has changed and techniques have changed, so I sat back and allowed myself to slowly get back into it. That first year I coached, I was coaching what would be considered a level two team, and then every year, I went up,” Vega said. “The first year I coached level two, the next year I coached level three, then it was level four, level five, and level six, and now we're coaching level 10s. Right now, specifically, my group is the level nines and 10s, but I help out and oversee the team program entirely.”

In gymnastics, the skill sets of gymnasts are separated into levels one through 10 - 10 being the most advanced. Due to moving up the levels each year while coaching, Vega has coached and moved up alongside some of her students throughout her time as a coach.

“I've coached more than just one level each year. It's always between two and three levels that I'll coach. So there's a handful of students that I've literally had since they were babies. I've been their coach since they were little. There have been other coaches with me, don't get me wrong, I'm not doing it all on my own by any means. But, I am actually graduating my first senior this year,” Vega said.

Being able to coach the same students consistently allows Vega to get to know their learning styles, as well as their personalities. Forming these relationships with her students allows Vega to ensure each girl is able to get what they want out of the sport. For some girls, gymnastics is their life, while gymnastics is a fun getaway for others.

“You've got girls that gymnastics matters wholeheartedly to them every minute, and then you have the girls that come in and it's just for fun, and then you have some of the young girls that don't know yet,” Vega said. “We talk about that kind of stuff a lot because I want them to try to feel what they want out of the sport so that they're not dedicating their life to something that they don't want to do forever, and that they're not putting too little time or effort into it for what they want as far as their goals too. We have programs that are specifically set up for the differences of what these girls want out of the sport as well.”

Vega spends her time ensuring all her students are getting what they want out of the programs. Many of her students spend countless hours with her in the gym working towards their goals, so she focuses on the goals of her students so she can help set them up for success in the future.

“I’m in this era of having gymnasts that are virtually like children to me. I spend 20 plus hours a week with them. Sometimes that's more than their parents get to see them throughout the week. It's been amazing. We're like a tight-knit family. I love every minute of it. There's just like a really nice close-knit relationship between us all.”

By maintaining a close-knit team of gymnasts, Vega helps the girls succeed both in and out of the gym. Through all of life’s twists and turns, the team is there for each other through it all.

“These girls are all like sisters. When I said we are like a family it was no joke. They have all gone through so much more than just gymnastics together. They travel like sisters, hang out like sisters, give advice, and have consistently been there for each other through everything life has thrown at them - injuries, family issues, looking at colleges, going to camps, going to dances, and doing homework,” Vega said.

Vega is able to help her students, but her students also return the favor. She emphasized that she learns so much every day from being around the group of girls she works with, and how it is so much more than just gymnastics.

“They truly are amazing and as much as I might be helping them, they have really taught me so much,” Vega said. “They have a genuine unconditional love for each other and I can honestly say that they rise with each other’s successes without jealousy and they pull each other up when someone might fall, physically or emotionally. Gymnastics teaches so much more than sport.”