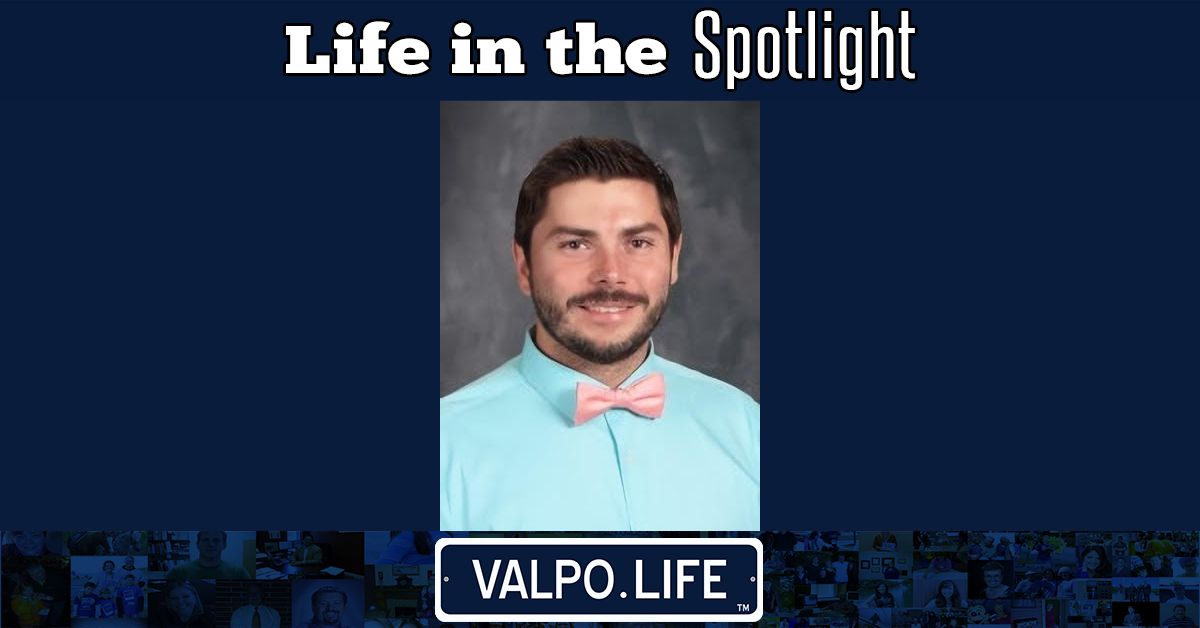 Sean Cunningham is a middle school teacher at Union Township Middle School (UTMS) and has been teaching there for two years. Cunningham moved to Valparaiso, Indiana when he was six years old and has resided there ever since.

In 2008 Cunningham graduated Valparaiso High School and in 2014 graduated with a bachelors from Purdue North Central (PNC). Six months after graduating from PNC, Cunningham obtained his first job as a teacher at an elementary school in Michigan City. Cunningham taught at that school for five years before moving to UTMS.

At UTMS, Cunningham teaches math to sixth graders. The sixth-grade students, during their education with Cunningham, develop the basics of algebra and geometry. Cunningham has one advanced sixth grade class that gets taught seventh grade math. To Cunningham, teaching regular and advanced classes for sixth graders are a breeze.

In Cunningham’s opinion teaching math has quite a few pros. He believes the pros of teaching math is getting to play fun and educational games with his students.

“We all kind of live the same life, in the same area, and it still has around the same population,” mentioned Cunningham.

When looking back at his youth, Cunningham originally did not know he wanted to be a teacher. It was not until his first job at a roller rink that he realized he liked working around and helping children.

“I did not grow up with teachers as parents like so many other teachers did. Despite that, something about teaching still inspired me” Cunningham reflected.

Aside from teaching sixth grade, Cunningham also coaches the UTMS basketball team and the Junior Varsity (JV) baseball team at Wheeler High School (WHS). In Cunningham’s opinion coaching for both teams are highly enjoyable. In terms of coaching the UTMS basketball team, Cunningham finds joy in the fact that he gets to coach some of the students he teaches, and his students get to realize he’s more than the guy telling them to do their math homework. When considering the WHS JV baseball team, Cunningham enjoys coaching them due to his profound love for baseball.

To Cunningham, being an educator is vital and since math has always been his favorite subject in school; he's more than happy to teach something that brings him so much joy.

When asked to describe math in one sentence, Cunningham simply said, “Math is in everything and is everywhere.”