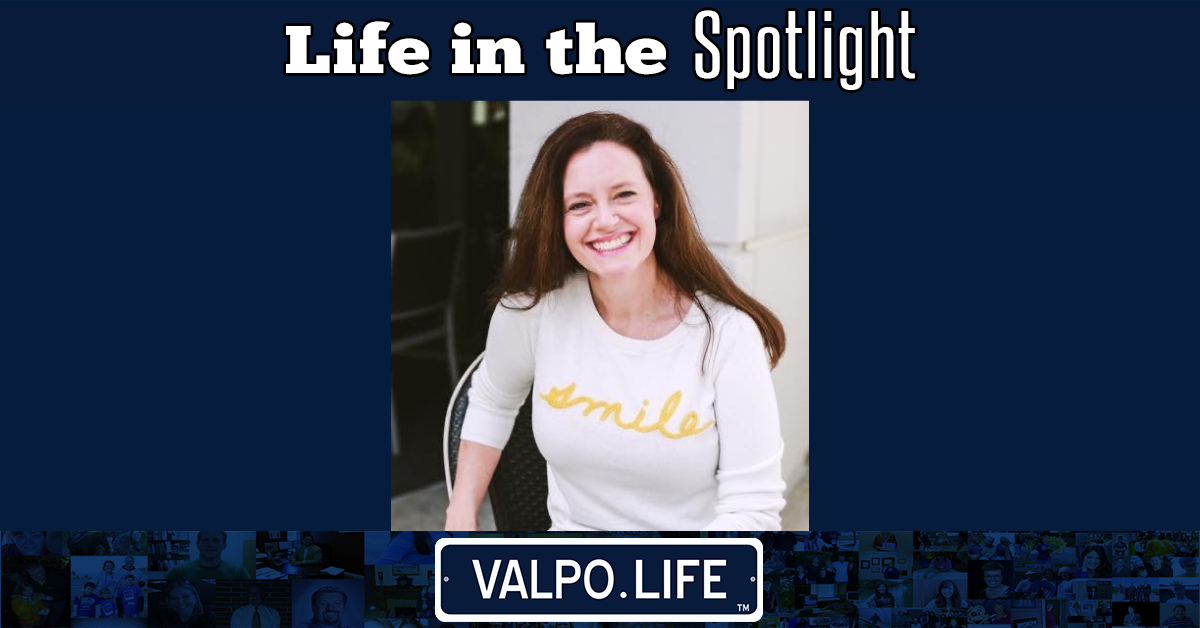 Aa an author, speaker, life coach, accountability coach, there’s not much that Stephanie Jones doesn’t do. With her faith and personal life experiences, Jones holds one thing above all else: giving. Whether she is giving gifts, giving her time, or having a conversation, not a day goes by that she doesn’t give something to the world around her.

Born and raised in Versailles, Indiana and a graduate of Taylor University, Jones moved to Valparaiso after she met her husband. They met at the police academy where they were training to be state troopers. While Jones’ initial dream may have been to be in the FBI, she currently works for a Fortune 100 where she leads a business development team.

“That failure stayed with me a long time but I wasn’t going to let it ruin my life,” said Jones. “God had a different path for me and I learned so many lessons, especially that a failure doesn’t have to define you.”

In December of 2010, Jones read the book “29 Gifts: How a Month of Giving Can Change Your Life” by Cami Walker, and it changed her life forever. What was supposed to be a month-long challenge turned into a new way of life.

There’s three things that Jones puts on the top of her list to teach everyone. One, to wake up in the morning and declare you are going to give a gift that day. Two, you have to look for opportunities to give. And three, which is the most important, is that when you see those opportunities you don’t ignore them.

“One thing I learned is that there are opportunities all around us to make a difference and make an impact in people’s lives, but you have to look for them,” said Jones. “Sometimes it takes courage to take action whether with friends, coworkers, or even strangers.”

Then she published her first book, which didn’t come as easy as many would have thought. However, after starting a blog about her giving journey, her fans were begging for more.

“I hated writing. I was terrible in high school and college and it was never my strong suit,” said Jones. “It took me five years to write that book, and I quit a lot, but I felt like it was really a calling that God had given me.”

Six months before she released that book, Jones found out she was dyslexic.

“That was a defining moment for me because I had this learning disability that I didn’t know about for the first 39 years of my life,” said Jones. “You really only fail when you quit, so persevering is one of my biggest life lessons.”

You can check out Jones’ books “The Giving Challenge” and “The Gratitude Challenge” on her website www.givinggal.com.