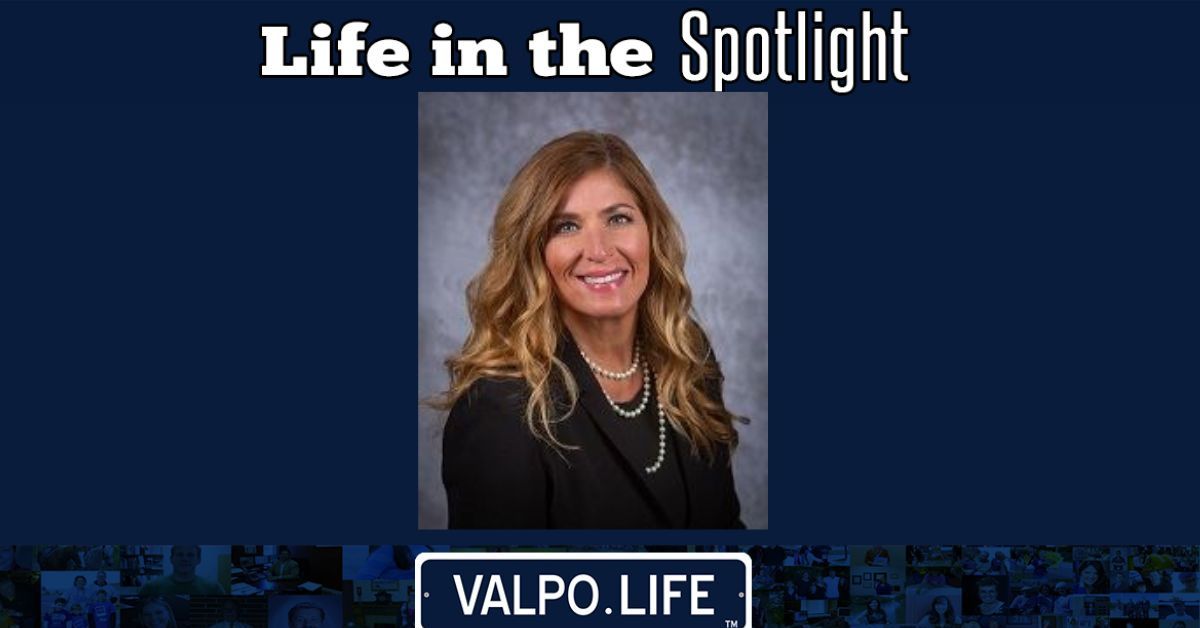 When great people take on big roles in their working lives, just as Lynn Gralik has by becoming the Director of Human Resources (HR) for the City of Valparaiso, lives are bound to be impacted in promising ways. And it’s even more positive when people in those critical roles really care for their community.

Growing up in Valparaiso herself, and attending Chesterton High School, Gralik has dwelled in The Region for most of her life. And she hasn’t taken her time here for granted.

Gralik comes from a large family, as her mother, for example, was one of seventeen siblings. And when Gralik was younger, she was fond of the area’s water and the access to the Great Lakes. She and her family were near Chicago, too, so a lot of amenities were surely taken advantage of as she grew up.

Although, unfortunately, time goes by quite fast, and as a person ages, the time for play quickly fades away. Some responsibilities need to be inherited, and job openings need to be filled. But, as it is for most people, one’s calling is such an elusive prospect, one that requires many years of going back and forth between different interests and opportunities. Throughout those processes, so much of the unknown is rampant.

Gralik’s been in her position for twenty-two years now, so she’s been involved with three administrations, working under three different mayors. She wound up taking some human resources-related classes at Indiana University Northwest (IUN), which ignited her interest in the vocation. She explained that HR wasn’t really a thing when she began, but people and her empathy for them are what really drew her to where she is today.

“I am dealing with people all the time, which is what I like about my job. I have a variety of tasks, and no day ever looks the same. So, depending on the situation or what's happening, it’s rapid-fire when it comes to changing policies and procedures, and keeping employees safe. You can’t always predict what’s going to happen next. And it's the same with employees' lives, and I take that very seriously because, for Valparaiso to be such a vibrant, engaging community, it means we have to have strong employees that are behind the scenes, making things happen, all the while trying to keep them healthy and engaged. That's my job,” Gralik said.

Sometimes, because of how one’s path winds and turns with much chaos, it’s common for one to wish to go back in time and deliver some counsel to their younger selves. For Gralik, her advice would be straightforward.

“I would tell myself to be more secure in what I know and to trust that process. I spent a lot of years learning what I currently do and growing into the position. But looking back on it, I wish I would have trusted my instincts a little sooner and been more confident in my ability to perform and do what I do well. I've always been very driven, and I expect a lot from myself. But sometimes, it's good to ease up a little bit and enjoy the process,” she said.

Yet for Gralik, who even attended cosmetology school along her path, she’s incessantly been inspired and motivated by those she has been surrounded by. One of those prominent sponsors was her mother.

“My mom. I lost her five years ago, but she just instilled in me some very, very solid roots. And as I look around, at the family structures, especially in today's world, so many times it seems as if the foundation is crumbling. I was blessed because I had a very strong mom and father, but especially a strong mother figure,” she said. “She was kind and was all good things in my mind. I think that's where it starts. Just the core values of who you are and what you believe and how you're going to treat other people and what your work ethic is going to look like. I was so blessed.”

Stepping aside from work, Gralik enjoys a plethora of leisure activities. The options are not few for her, either, and the variety with which she passes the time is bountiful.

“Oh, I love Def Leppard, and I’m an ‘80s music girl for sure. I’ve seen them a ridiculous amount of times, and I love concerts of any sort. I just love the energy and people-watching. And then I've got this amazing grandson, which takes a lot of my time. Any chance I get to spend with him, I do. My son is a lineman for NIPSCO, always doing tough jobs during storms and such, and I always enjoy spending time with him, too, of course,” she said. “Also, I love the outdoors, and my husband and I love to travel. We love to get to the ocean as often as we can, and we're also involved in our church. I like spending time cooking, too.”

Gralik, finally, was not short in articulating her love for the town in which she works. Her adoration for the development of new places of interest is evident.

“I love that it's just grown to the point that there's a variety of things to do here. It feels safe to walk the street or step into a little cafe and have a coffee. I feel that it’s so welcoming here. And I just like all of the new businesses that have come to town as well,” she said.