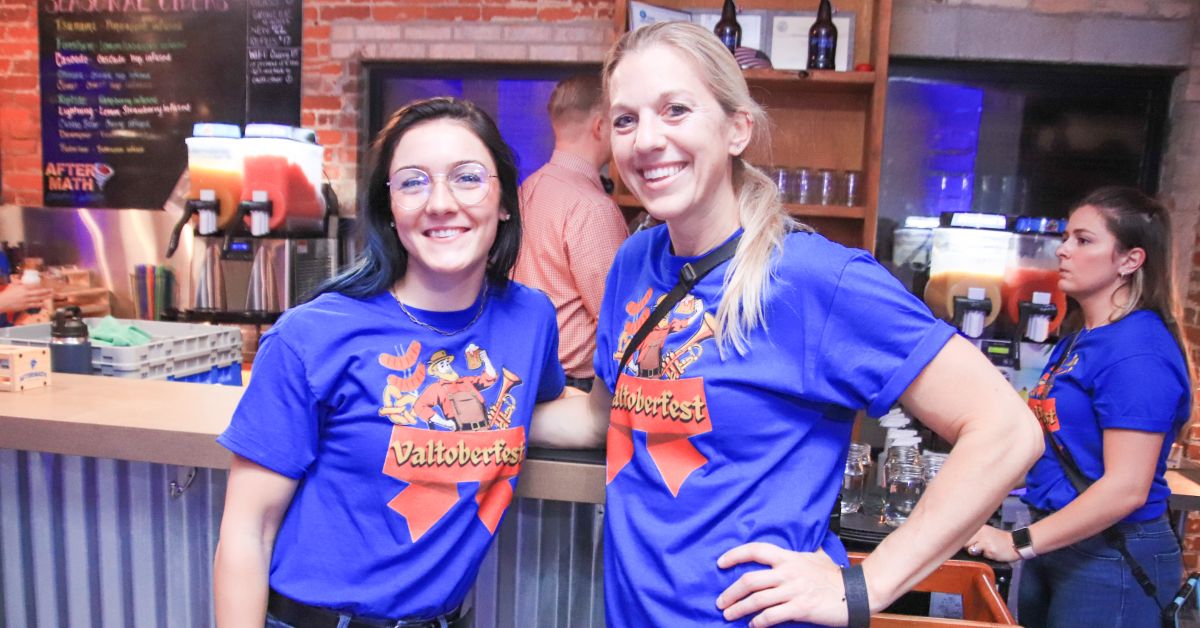 Aftermath Cidery and Winery held its first annual Valtoberfest on Saturday, September 17 to give the Valparaiso community a chance to experience Polish and German culture. Complete with Hopped Up Ciders, live music, and Brats and other delicious foods, Aftermath was able to bring a good, old-fashioned Oktoberfest right to the heart of Valparaiso.

“Dick Clarke, who is our new event and social media director, came up with the idea that we would have what we would call Valtoberfest – our first October festival here at Aftermath,” said Nicki Caylor, owner of Aftermath and Running Vines Winery. “We have three specialty Hopped Ciders that our wine and cider maker Emily Kennedy made. We have one with Cascade hops. We have one with Chinook hops and one with Comet hops.”

Clarke hails from Houston, Texas, where Oktoberfest festivities take place every year and have always been well-loved throughout the state. When he realized they aren’t as common up north, he wanted to do something to bring one of his favorite parts of home up to the Region.

“I just moved up here about two months ago from Texas, and Texas has a ton of Octoberfests and festivities. There’s a huge Polish and German population that moved there back in the 1800s. The biggest Oktoberfest outside of Germany is actually in Texas,” Clarke said. “Knowing all of that and knowing that those big events do so well in Texas, I noticed that there’s not really anything like that here. So I said ‘why don’t we do one?’”

Having an event unique to the area was also one of Caylor’s favorite aspects about Valtoberfest. It was new and different, which made it all the more exciting to be a part of.

“The music is always a great draw, and it's always a lot of fun,” Caylor said. “It’s fun, it's different. There’s nothing else quite like it in town.”

The specialized drinks were also a hit and helped bring even more of the Valtoberfest atmosphere to life.

To add even more to the experience, Deutch Meisters was also at Valtoberfest to give the crowd a taste of German-inspired music for all to hear.

While the first Valtoberfest started on the smaller side, Aftermath is already planning to expand and include more of the Valparaiso community in years to come.

“The goal is to grow it every year. Now, obviously, it’s teeny tiny, but hopefully next year, we’ll take over the street,” Clarke said.

Aftermath sits right in the heart of downtown Valpo on Washington Street and is next to many other locally owned businesses that the cidery wishes to incorporate into future Valtoberfests. The end goal is to make it an event for the entire street, where the entire block can become one, big festive community.

“Our hope is to make it a big, gated off ticked event that takes over this entire street, so that we can potentially include more businesses. We want to tent it out and make it a big, huge festivity,” Clarke said.

Adding to the entertainment is also on the list moving forward.

“Next year our goal will be to have bands from open to close and then having Orbar back again to do their food. But even now, it's still just a lot of fun and a fun festival,” Caylor said.

No matter the occasion or time of year; however, Aftermath is a big proponent of bringing fun and cultured events to Valpo for everyone to enjoy.

“Aftermath is a fun place that people can enjoy. I really enjoy bringing things to the community to help enrich the culture,” Clarke said. 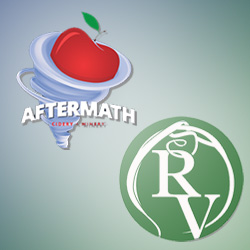