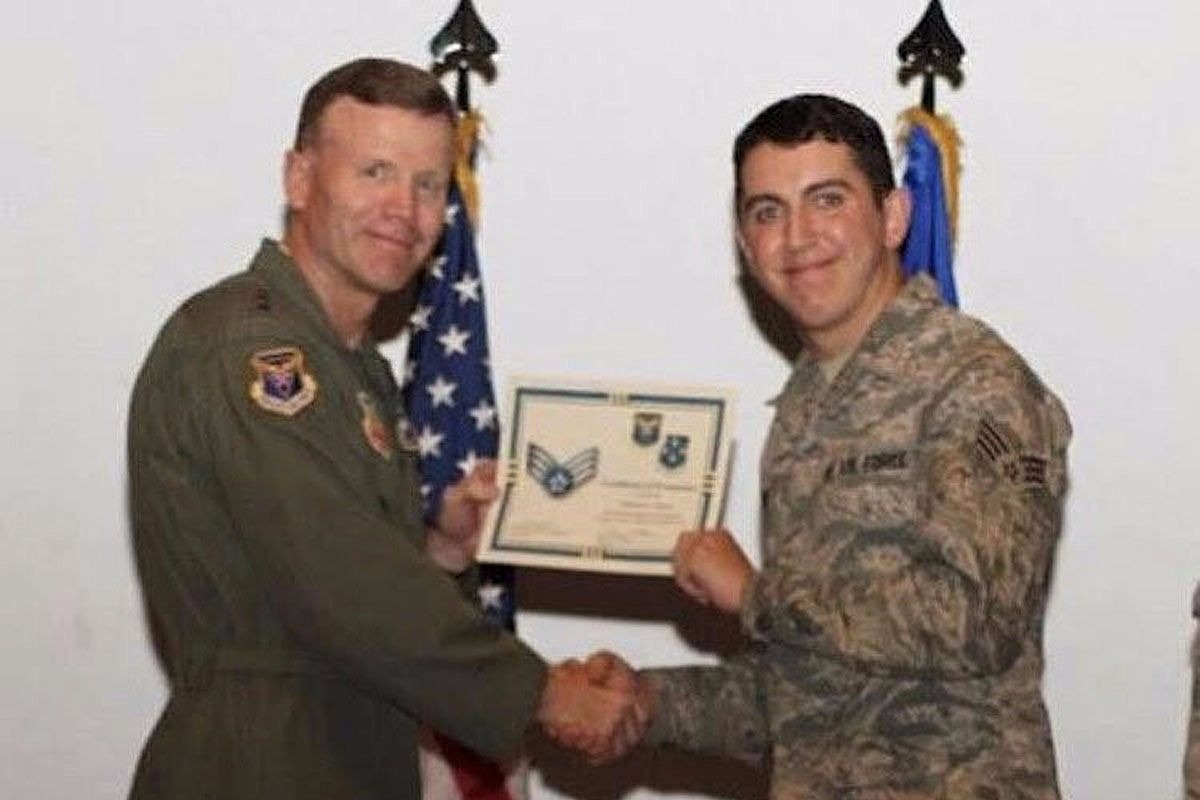 Ward decided to join the Air Force for life direction. “I didn’t know what I wanted to study specifically, all I knew is I wanted a full time job, so I joined the Air Force,” Ward said.

Ward was in the Air Force for four years and worked as an Interface Control Technician. “My job was to manage links to radar in South America and all radars on base. So, basically I was creating the radar picture for everyday aircrafts,” Ward said.

The Air Force gave Nick hands on training. “I was able to learn from people with real hands on experience within the Air Force,” Ward said. “Overall, the four years allowed for great experiences in Arizona, Mississippi, Virginia, and Texas to name a few locations.”

Ward recalls the transition from the Air Force back to school as “strange.” “I would go to class and everyone would be talking about small town, local stuff. Sometimes I wouldn’t talk because I was thinking more on a global scale,” Ward said.

Getting back into the groove of school wasn’t easy for Ward. “At first, I didn’t know what to expect. Thankfully, my advisor at Purdue was really relaxed and calm. So, once I started taking Communication classes for my Public Relations major, I just got it. The classes felt natural and welcoming.” said Ward. “I did feel weird meshing with colleagues on campus. Thankfully, my close friends have always been good company,” Ward said.

The military experience gave Ward a strong skill set, especially in understanding the chain of command, deadlines, and open communication. “The Air Force definitely helped me out professionally. I learned discipline and how to really interact with people,” said Ward. These skills ripple out to other areas of his life, including Problems in Public Relations. “Making the transition out of the Air Force was new. Now I’m making memories,” said Ward.

Ward explained challenges in the Air Force. “On a weekly basis there was some sort of crisis when I was deployed for six months,” Ward said. “The crisis usually fell under the category as misinformation or equipment breakdown.”

Ward’s adaptability to daily crisis’ contributes to the success of the Problems in Public Relations class. During the beginning of the research process for the communication audit, Ward managed to keep RCS members on track and motivated to complete their goals.

“Getting to know a lot of the people helps at college. Getting to know everyone in my major is memorable. At first I was nervous about taking on a new stage, a new transition,” said Ward.

The challenges within the Air Force gave Ward life experience. “It mentally takes a toll on you. I learned that's how it goes. Coming back to school wasn’t an easy transition but I felt like I had a little bit more life experience after the military. Getting to know everyone within my major helps connect with new minded individuals,” Ward said.

From Interface Control Technician in the Air Force to Vice President of Marketing at RCS, he works well with managing people and keeping members accountable. “I got to know a lot more people through my junior and senior years level classes at Purdue. The Air Force is a thing of the past. Now I”m in a new transition,” said Ward.

Ward plans to graduate in Spring 2019 with a degree in Communication and a concentration in Public Relations. He finds motivation for the future by focusing on his field.