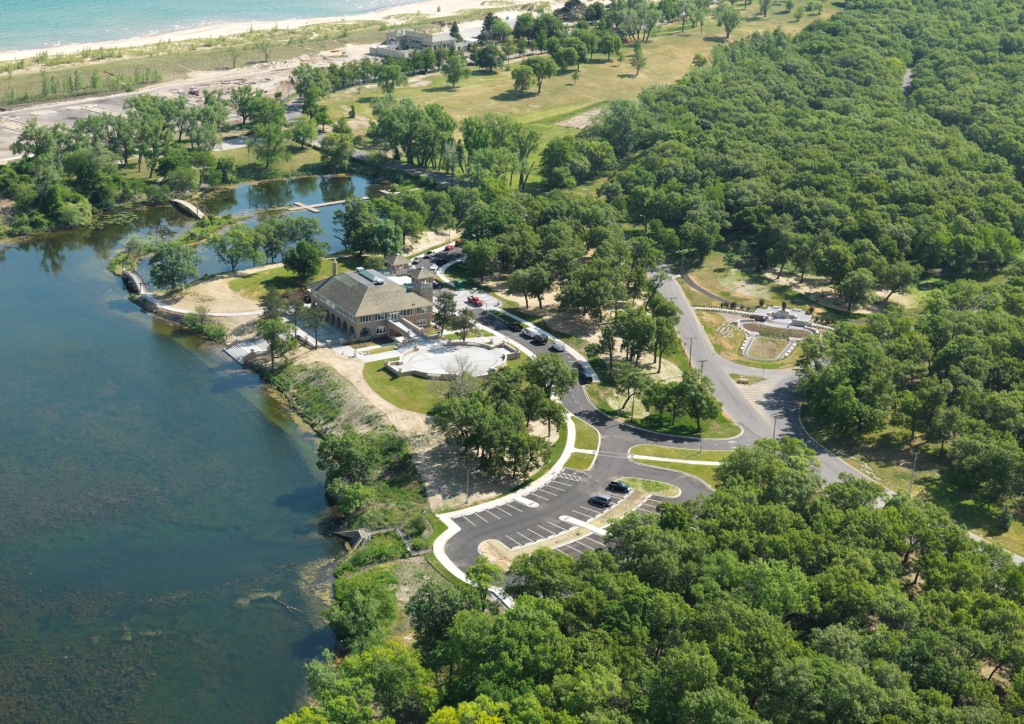 Marquette Park will host its first air show since getting a $30 million makeover.

The Gary air show is returning to Marquette Park in July of 2015, Gary Mayor Karen Freeman-Wilson announced at a press conference at the Marquette Pavilion yesterday. The city is partnering with business at the Gary/Chicago International Airport to produce the event.

Referring to the RDA-funded restoration of Marquette Park, the Mayor noted that "what was done at Marquette Park was done with the air show in mind, and this really does bring together two of the RDA's most significant investments," the park and the airport. Added Gary Common Councilman Ronald Brewer, "we have had all these great renovations, and now it's time to show off our jewel."

Wil Davis, owner of the Gary Jet Center, pledged his support in making the air show happen next year. "We are bringing the air show back to Miller where it belongs," he said. Mayor Freeman-Wilson noted that the show will drive tourism dollars into the city, and Gary Chamber President/CEO Chuck Hughes said that was great news for businesses in Gary that the air show used to boost. "Many members of the Chamber look forward to being vendors at the show," he said.

The RDA invested $28 million in the renovations at Marquette Park as part of the Marquette Plan to recover 75% of the shoreline for public use. This attracted an additional $2 million from federal sources. To date, the RDA and local communities have invested more than $200 million in shoreline improvements in Hammond, Gary, East Chicago, Whiting and Portage over the past nine years. This investment is projected to create more than 1,000 jobs, primarily in the tourism and hospitality industries, and add more than $90 million annually to the region's economy by 2025.