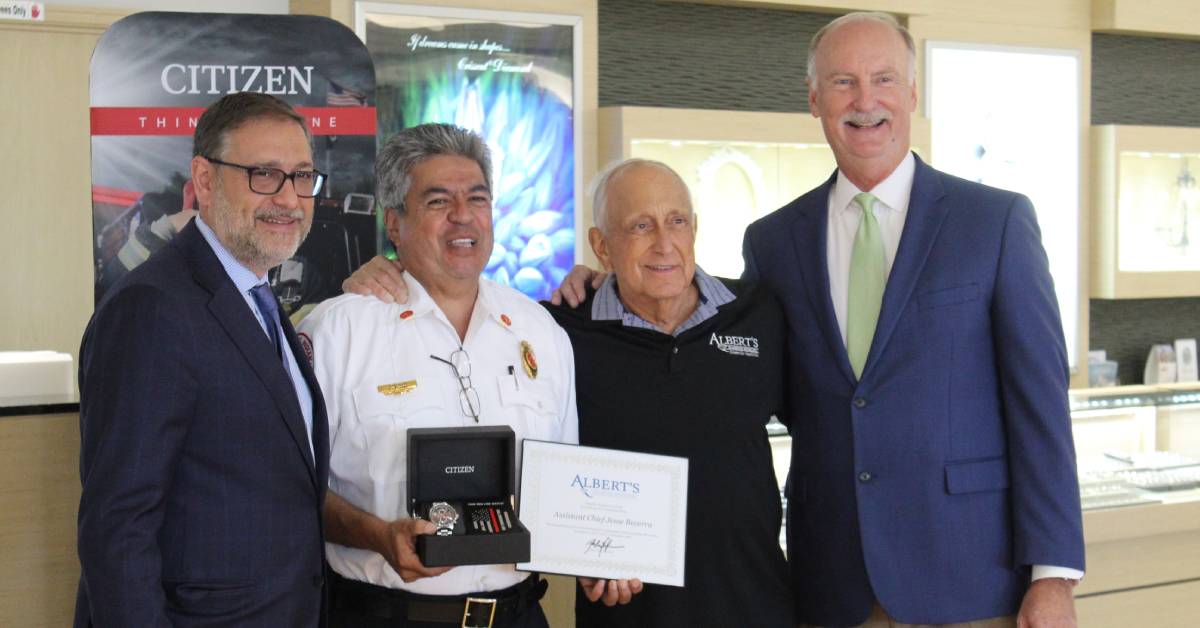 For decades, Albert’s Diamond Jewelers has honored local first responders with their Annual Hometown Hero Awards. On Saturday, policemen, firefighters, and EMTs from around the Region gathered to accept an award recognizing their outstanding service.

The honorees were chosen by participating departments for any number of reasons. Some answered a particularly dangerous call, while others were recognized for their years of dedication. Each recipient was given a Citizen Thin Blue Line or Thin Red Line watch, timepieces designed specifically for police officers and firefighters. According to Josh Halpern, President of Albert’s Diamond Jewelers, the awards are just a small way to give back to those who put so much on the line for their communities.

“I think most people realize that we have these people around our communities doing good deeds, but rarely do they ever get thanked,” Halpern said. “This is a little something we can do to appreciate them in public and in front of their peers.  They’re going above and beyond the call of duty, helping and saving lives. They’re letting people feel comfortable and protected in their communities.”

Years ago, a fire ran through Albert’s original East Chicago location. Thanks to the city’s fire crew, their family made it out alive and saved them from losing everything. Even now, Halpern believes that they owe a continual debt to their local heroes.

“I could tell you that almost monthly, weekly, we have police coming in helping us,” he said. “I feel safe coming into my business in the middle of the night, not thinking there will be someone waiting for me. We have firsthand experience with them on a regular basis, and we’re thankful.”

Albert’s continuing dedication to first responders why they were the second retailer in the country to receive authorization from Citizen to sell Thin Blue Line and Thin Red Line watches.

“The response we’ve received from law enforcement as well as the fire community has been really positive,” said Paul Lucas, Marketing Manager for Albert’s Diamond Jewelers. “It’s something that exemplifies the brotherhood and camaraderie among those departments, so it’s something we’re really proud to have.”

Two St. John Police officers, David Rybicki and Sam Jacobs, were among the first to accept their awards. They arrived at the scene of a house fire before the firefighters, and Jacobs entered the blaze to search for two girls trapped inside. Making way through heavy smoke, he eventually found one of the girls and pulled her out of the building. While she later died in the hospital, St. John Police Chief James Kveton wanted to honor the heroism of his officers.

“They put their lives in jeopardy-- that courage and fortitude was just wonderful,” Kveton said. “They put themselves on the line trying to save someone’s life. Albert’s is wonderful for doing this every year, they’re very community oriented.” 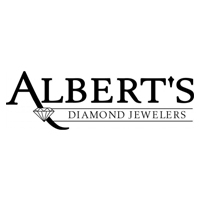