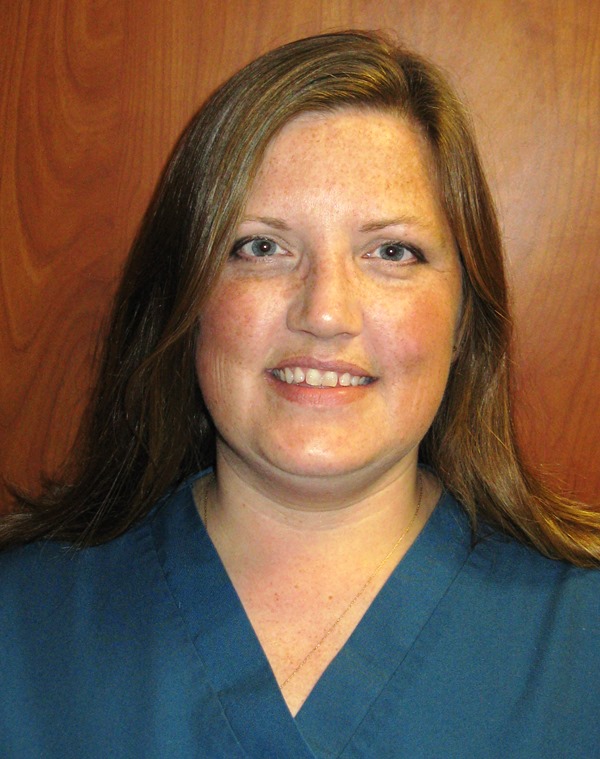 Alison Ainslie, a six-year laboratory assistant for PCL Alverno on the Franciscan St. Anthony Health-Michigan City campus, is the hospital’s November Ambassador of the Month.

Prior to her current position, Ainslie, of Michigan City, was a transportation aide in the hospital imaging department. She lives in the city with her husband, daughter and two sons.

Ainslie was nominated for the award by a coworker, who said, “patients love her.” She also is a team player who goes out of her way to help others, the nominator said.

“They don’t know how much they mean to me,” she said, adding, “My job is not just a job, it’s a career -- my baby. I go home knowing that we, as a team, helped someone and it’s a great feeling.”

Ainslie also donates her hair to the Locks of Love program, which provides hairpieces for disadvantaged children.

In recognition of the honor, Ainslie, as are all Ambassador recipients, was honored with a special billboard display for the month, a privileged parking spot, an Ambassador badge holder, a photo on the Ambassador of the Month wall that displays the previous 12 months’ winners, $150 cash and an invitation to the annual Service Awards and Recognition Banquet.