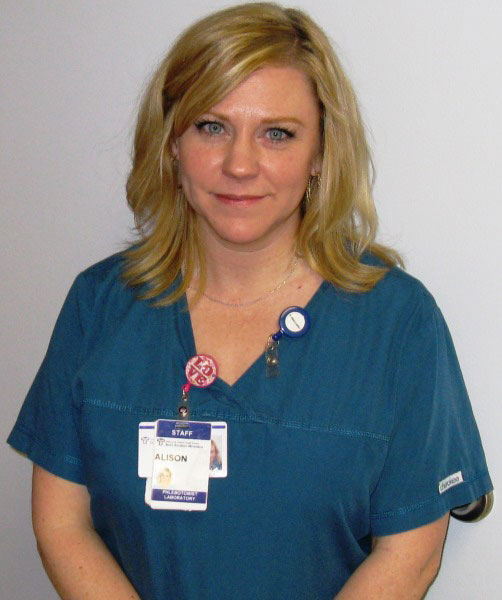 Barczak was nominated for the award by coworkers and her supervisor, who said of her, “She is very compassionate toward helping patients, friends and families and has been recognized for her service and sacrifice, as demonstrated by her willingness to donate a kidney to one of her patients.”

When asked how she felt about receiving the honor, Barczak replied she was surprised and humbled, adding, “I consider it an amazing honor and incentive to strive even more to serve others through my job. I have been very blessed to work at this lab and hospital, being surrounded by amazing health care workers and friends. I have learned so much from being here.”

Barczak, who resides in Michigan City with her four children, enjoys painting and singing as hobbies.

In recognition of the honor, Barczak, as are all Ambassador recipients, was honored with a special billboard display for the month, a privileged parking spot, an Ambassador badge holder, a photo on the Ambassador of the Month wall that displays the previous 12 months’ winners, $150 cash and an invitation to the annual Service Awards and Recognition Banquet.