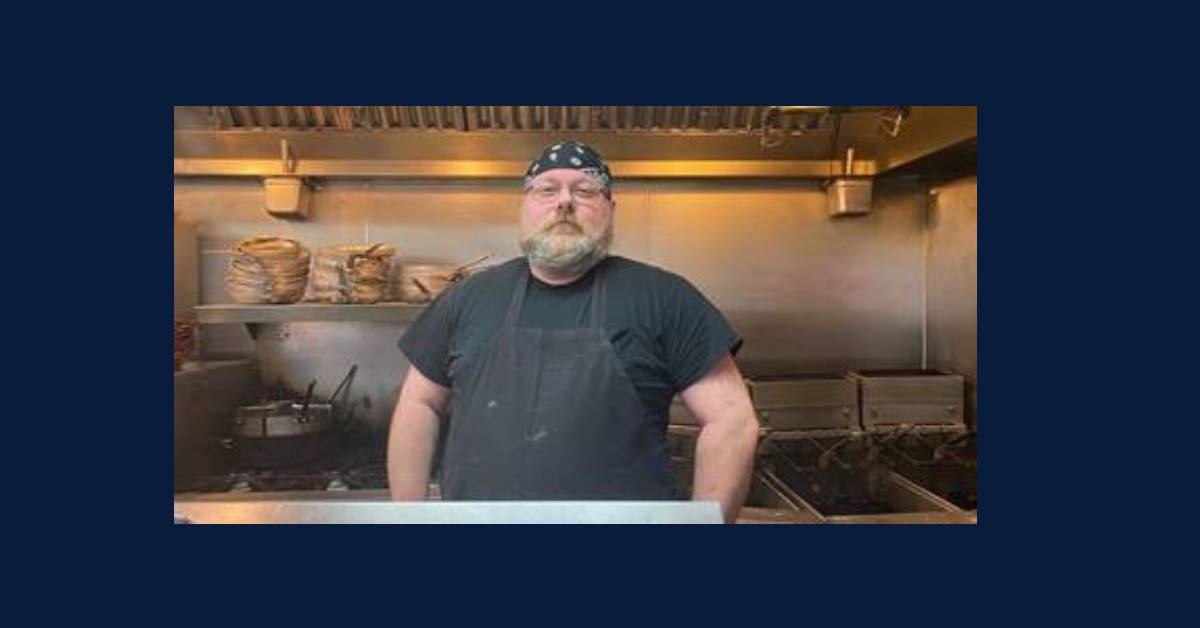 Darrell Trager is The Cook. If you need any proof, it’s written in ink on his upper left bicep. If you need any more proof, you can head over to Industrial Revolution Eatery & Grille and see what’s cooking in the back. Chances are, Trager is in the kitchen cooking up a storm.

“I do a lot of things back in the kitchen here at Industrial Revolution. I work the line, prepare ingredients, and work up and down in the kitchen - if it involves food, I’m there,” Trager said.

Trager has been around food for as long as he can remember. When he was younger, he enjoyed family time in the kitchen with his mother, nana, and aunts. It was around this time that Trager was also introduced to public access television on Channel 11 out of Chicago where the show “The Frugal Gourmet” captured his heart. The celebrity chef from the show, Jeff Smith, inspired Trager to become a chef one day.

“I remember watching that show around the age of 6 or 7, and I didn’t know anything about television prep time, so I always assumed that this chef could whip up these giant spreads of food in under 30 minutes, and I remember thinking, ‘Man, I want to do that.’” Trager said.

It was from this young age that Trager learned the basics of cooking, developed a lifelong love of food and set the path he’s on today.

“I’ve worked other jobs here and there in my life, but nine times out of 10, it’s my credentials in cooking that carry me through to my next job,” he said.

Trager went to Wheeler High School and branched out afterward to attend several colleges like Ivy Tech, Culinary and Hospitality Center in Chicago, IUN, and then back to Ivy Tech after changing his major. Trager’s original plan was to become a chef and work in a restaurant, but when he started to realize that working in a five-star kitchen would steal the joys of cooking, he realized he needed a change of pace. Thus, he turned to places like Industrial Revolution where he can still work hard but not lose the love of his craft.

Trager’s favorite thing to make in the kitchen:

“Chicken,” he said. “It’s easy, versatile, and can be made up in so many different ways, it’ll never get boring. Chicken has been my comfort food for most of my life.”

Although Trager has become more experienced in the kitchen, he has noticed that his taste for food has changed, too. Since giving up smoking three years ago, Trager feels that these changes influence how he prepares food. For example, after leaving cigarettes, he developed a new, personal love for mangos. He has also become less heavy-handed in the spice area.

“I quit smoking, but my love of food has stayed the same,” Trager said. “I’ll still put all the stuff on my burger as I did before, but I just taste it better now.”

“I’ve worked in a from-scratch kitchen before,” he said, “but since I started working here six months ago at Industrial Revolution, I’ve noticed that it’s different and more organized. The food is simpler, and that’s not a bad thing. Why should you overload something that already tastes good with stuff it doesn't need? You don’t.”

At the end of the day, Trager’s favorite thing about his job is the team that surrounds him.

“I’ve worked in a few kitchens where it’s a few guys and it’s cut-throat; but here, it feels like a real team. I know I can trust another cook to prepare, or get their job done so that I can get my job done. I can trust them and they trust me, that’s what makes it special.”