As the Valparaiso Popcorn Festival prepares to turn 40 this year, some of its biggest little stars have only just turned one. Proud parents toted their tots to the Indiana Beverage Activities Building at the Urschel Pavilion in Central Park Plaza on Saturday to participate in the Cutest Baby Contest.

From cowgirl boots to slick suspenders, these little ones were primed to compete and show off their adorable faces, stylish wardrobes, and endearing personalities. But picking the Cutest Baby from this crop of tiny tots is no small feat. First time judge and longtime sponsor Dr. Matt Nondorf of Cavanaugh & Nondorf Orthodontics was both looking forward to the opportunity and dreading the responsibility, hoping no one would hold it against him.

“The margins are thin as far as who’s the cutest baby,” Nondorf said. “Luckily I don’t have to make the final decision, just help whittle it down.”

Nondorf and Dr. Robert Cavanaugh both grew up in Valparaiso and always enjoyed the Popcorn Festival, so they appreciate the opportunity to get in on the action.

“It’s nice to see businesses support the community and have Matt as a judge and be integrated into the event,” said Jennifer Fornaro, Marketing Director for Valparaiso Events, the hosts of the festival. “The Cutest Baby Contest is a great opportunity to get families involved in the Popcorn Festival.”

With the expectation of roughly 100 candidates for Cutest Baby, the preliminaries are a way to narrow the field in anticipation of the Finals, which will be held on Tuesday, September 4th. The finals will feature six boys and six girls, and the winning boy and girl will ride in the parade.

“It is also a great way to get kids and their families involved in the parade,” said Fornaro, as the parade is a highlight of the Popcorn Festival.

Although there is no prior experience necessary, some of the candidates are practically pros already. Jason Krenson of Valpo entered his 19-month-old son Landon into the Cutest Baby Contest, but this wasn’t Landon’s first rodeo.

“He actually won a Cutest Baby Costume Contest,” Krenson said, “He was a goldfish and he was just adorable.”

“I’ve always looked forward to the day I could participate in the Cutest Baby Contest with my baby,” Collazo said, noting that last year Arrow was too young to compete.

Like Landon, Arrow has extensive experience in the cute department, having participated in beauty pageants since March, winning both the regional and state contests and earning second place at Nationals in Atlanta, Georgia. Arrow was a good sport, showing off her well-honed talents of blowing kisses and posing for the camera, but Collazo admits that half the fun is dressing her daughter in cute outfits.

Both Krenson and Collazo note that the Cutest Baby Contest is really a lot of fun, but Collazo participates for a more meaningful reward than even the opportunity for her daughter to ride in the parade.

“At her age, she can’t participate in sports or anything like that,” Collazo said. “So really we do this for the memories and the photos. Win or lose, we walk away with cute things to show her when she’s older.” 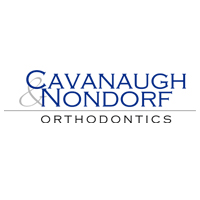