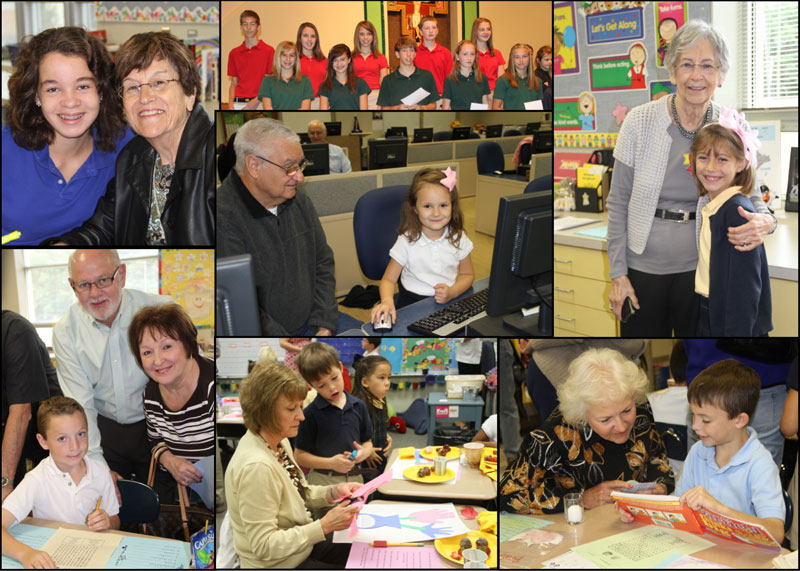 There was wonderful excitement in the air last Friday morning before the first bell of the day. Smiles and happy faces filled the hallway and cafeteria—it was the beginning of another Grandparents Day at Saint Paul Catholic School and everyone was ready for this special day to begin. The room parents arrived in force with food and drink to feed an army of grandparents. Mrs. Rickman was bustling around the kitchen brewing coffee and helping get all the refreshments to the correct locations. Parents lined the halls holding signs showing classroom locations and the students squirmed in their seats waiting to catch the first glimpse of their beloved grandparents as they came into the school.

And come they did; more than 350 grandmothers, grandfathers, and honorary grandparents flooded the hallways as the festivities got underway. Classroom visits with special treats and activities in each classroom were followed by a program in the Church where each grade presented a song or poem in honor of grandparents. The morning was made complete by a celebration of the Mass with all voices, young and old, raised in songs of praise to the Father.