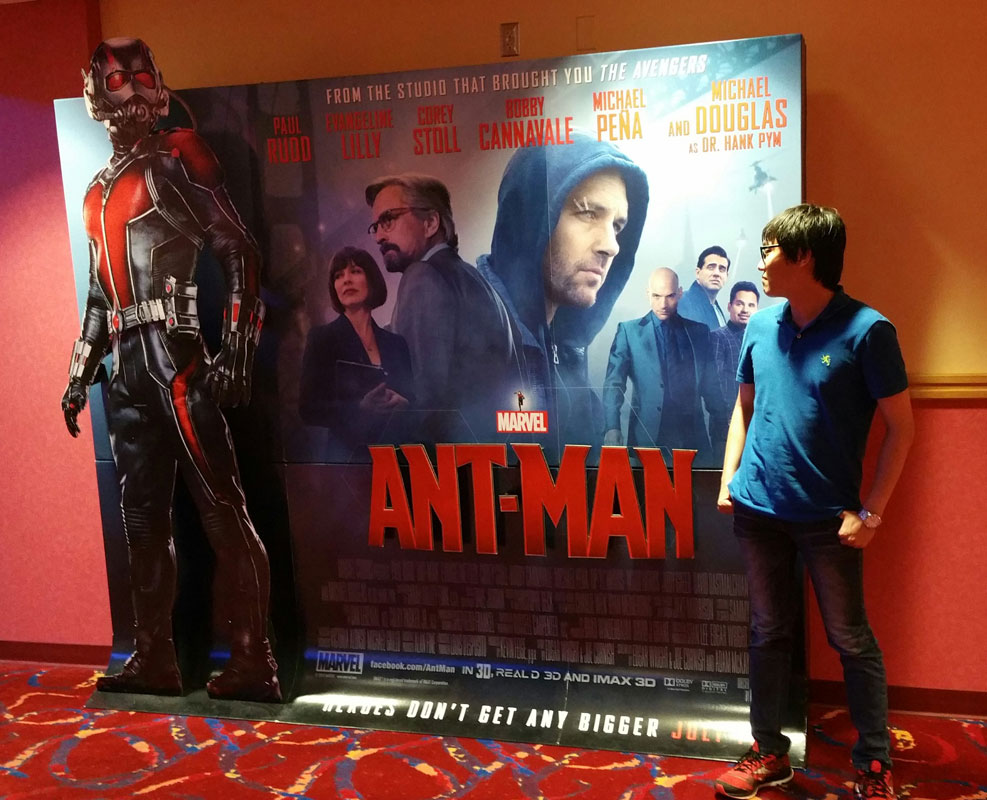 Unless you were already well-acquainted with Marvel Comics, Ant-Man probably wasn't on your radar, but Marvel decided to bring this tiny titan to the big screen. With a team of fantastically funny writers, Ant-Man is the epitome of a fun summer movie. The constant humor and quirky characters are very reminiscent of 2014's hit Guardians of the Galaxy. Could this be a new trend for the Marvel movies? Much like Guardians of the Galaxy, one can only speculate how well this oddball hero will compare to the big hitters like Cap and Iron Man. Will Ant-Man be Marvel's next surprise hit?

In Ant-Man, comedic veteran Paul Rudd plays Scott Lang, a modern day Robin Hood of sorts. When we first meet Scott, he is on his way out of prison after stealing from a corrupt corporation. All he wants is to get his life on track so he can be a good father to his young daughter, but a series of misfortune and bad choices lead him back to his old ways of crime. After agreeing to do one more job, Scott finds himself in possession of a strange suit, a suit which he stole from legendary scientist and original Ant-Man, Hank Pym.

Ant-Man stands out from the other Marvel movies due to its commitment to making the audience laugh at every turn, but the constant laughs never distract from the story or action. Equipped with powerhouse comedy writers like Edgar Wright and Adam McKay, Ant-Man is by and large the most clever superhero movie to date. Each joke is delivered with impeccable timing, and every character is unique and likable. Surprisingly, the characters that really steal the show are Scott Lang's ragtag and slightly dimwitted trio of friends.

Of course, the trials of Ant-Man and his friends aren't the only thing going on in this movie. After all, it's Marvel; there's always going to be one or two Easter eggs hinting at things to come. Keep your eyes peeled for an appearance by an Avenger or two, and there is mention of everyone's favorite web-head. Be sure to stick around for two scenes after the credits.

When it comes to the success of Ant-Man, only time will tell, but chances are this characters popularity will grow to colossal proportions.