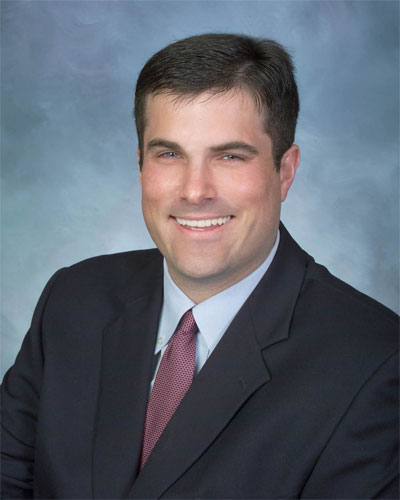 Mayor Jon Costas has appointed Matt Murphy, Economic Development Director for the City of Valparaiso, as his selection to serve on the Porter County Convention, Recreation and Visitors Commission Board. This appointment is effective as of January 1, 2010 for a two year term.

Murphy, a Valparaiso native, graduated from Indiana University Northwest. He started his professional career with Bethlehem Steel, first working as an inside sales representative and through acquisitions most recently served as an Inventory Analyst with ArcelorMittal Steel in Burns Harbor, IN.

In November 2007, Murphy was elected to the Porter County Council, Center District. Because of position as Economic Development Director with the city, Murphy stepped down from his post on the Council in January 2008.

Murphy pointed out that in his first few weeks on the job he realized just how much is going on in Valparaiso. “It’s really an exciting time to be involved in economic development in Valparaiso, from the possibility of an extension of the Westlake Corridor, to the improvements being made at Cumberland Crossing, Porter’s Vale, and the Eastgate Corridor, the potential of this city is amazing.”

Murphy is most excited about the changing health care industry in Valparaiso and Porter County and sees immense upside potential for future growth in that sector. “In the next three to four years, there will be massive investment in the growing health care sector both with the announcement of Memorial Hospital to build a new 100-bed hospital in Valparaiso, and Community Health System’s recent acquisition of Porter Hospital, and its commitment to building a 250-bed facility, most likely at the intersection of Rt. 6 and 49.”

In addition to the health care field, Murphy pointed to the critical need for creating shovel-ready sites in Valparaiso. Murphy will also continue to keep the lines of communication open with Valparaiso’s existing businesses. “Most job creation comes from existing companies in the community and we are fortunate to have several exceptional quality employers in Valparaiso,” he said.

Murphy attained his M.B.A. from Valparaiso University in 2009. He and his wife, Kathy, reside on Valparaiso’s north side. “I think this is a great opportunity for me to have an impact on this wonderful city. I look forward to serving on the Mayor’s leadership team.”