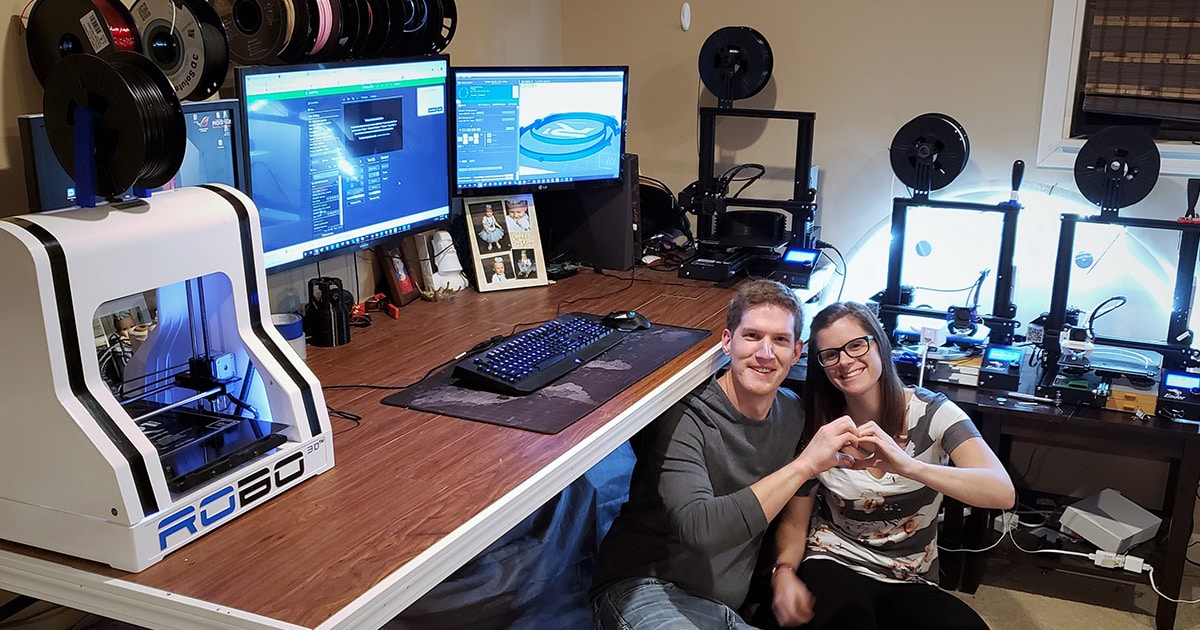 A common interest in 3D printing brought two ArcelorMittal Burns Harbor employees together for a special cause - producing medical face shields. Until recently, Andrew Taylor, a hot strip mill employee, and Ryan Hoagland, from process automation, never met. But the local shortage of the masks brought this duo together to help their communities in need.

“As the COVID-19 cases continued to grow, I saw the need for PPE and realized that, with 3D printing as a hobby, I had the skills to make these shields,” says Andrew. “I decided to use my resources to help my community in this time of desperate need. I reached out to Ryan about teaming up in late March and we’ve been going steady ever since.”

Ryan never hesitated to get involved either. “It was something I knew I could do to help local medical workers, who deserve any help we can give them right now.”

To date, Andrew and Ryan have produced about 500 units between the two of them for Northwest Indiana hospitals. They’ve donated about 200 units to Porter Regional Hospital in Valparaiso, 75 to Community Hospital in Munster, 75 to Gary Methodist Hospital and have another 150 ready to go.

“I reached out to Porter Regional first and was met with not only gratitude but a bit of desperation as I learned the nurses and others working on the front lines were making face shields at home with what they could find. I wanted to first make certain the design would fit their needs.”

Each mask is made of either PLA or PETG plastic, which is acceptable for medical protection, according to Andrew. Each mask takes about one hour to 1:20 and costs about 75 cents to $1 to make. Andrew says he has four printers that are running non-stop, making about four shield headbands per hour during the day. At night, he designed a model that prints a stack of eight that takes about seven hours. Ryan bought his first 3D printer with his son about six years ago and bought a second printer at the end of last year.

“The hospitals have been extremely appreciative of the donations,” says Andrew. “I got a photo from the nurses at Community Hospital wearing the masks which is super motivating!”

For Ryan, this experience has been quite moving. “It’s been great to be able to help those who are on the front lines working to save others”

Andrew, a third-generation steelworker, agrees it’s a wonderful feeling helping so many medical staff in our community.  “It’s really the least I could during this ever-changing time. The graciousness of those who have donated to this cause has really shown what we can do together and brings a new light to these dark times.”

“Andrew is and has always been a giving person with a huge heart. He is passionate about helping others and told me that his favorite vacation as a child was when I took him to New Orleans to help rebuild homes for Hurricane Katrina,” says Mary. “Now an adult, Andrew continues to always lend a helping hand to whoever is in need. His idea to selflessly use his own limited resources to make a difference has sparked a number of people to want to join him in this cause. Seeing the healthcare workers using the materials he created made his day and made me cry.”

Anyone wishing to donate to support Andrew and Ryan in their efforts can contact them at taylor3dprinting@gmail.com and ryan.hoagland@arcelormittal.com.